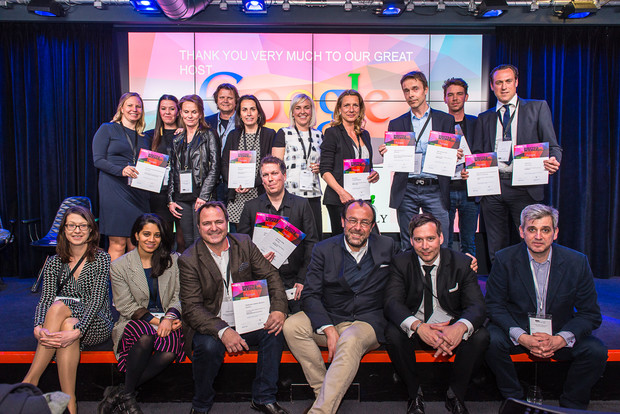 And without further ado, here are the winners from the 120 entries, which were judged by eight digital media experts from all over the world, and announced at an awards ceremony at Google’s London headquarters during Digital Media Europe 2015.

This category is a lesson in how crunching numbers, if done with judgement and imagination, can produce riveting storytelling.

The project set out to identify and examine every single murder in the country over a decade. Comparing the means, the causes, and the sentences revealed outstanding stories such as the startling detail that nearly half of all the murders in the country were committed by people with severe mental disorders. Those numbers would speak for themselves, but the Norwegian Broadcasting Corporation won out for the professionalism and clarity of its presentation.

“The graphics are elegant and original. An outstanding journalistic work supported by data,” noted judge Ismael Nafría of Grupo Godó.

NBC journalist Elen Borge Kristoffersen said, “We were surprised from the feedback from the families of the victims who were really supporting what we were doing. I was also surprised how easy it was to get the families to talk with us about the topic.”

This was an outstanding example of unearthing the degree of state surveillance in the post-Snowden era.

Not enough people were learning about how OMV, a large petrol company, was so active in supporting women and education, so the company came to KURIER for help. The cross-media approach leveraged KURIER’s rich multimedia content and social media reach, the strengths of native advertising and programmatic buying. The project gleaned 4 million impressions as it aimed to bring the excitement of science to the very young.

“Sometimes you just need a brave client to embark on such an ambitious project. In this case, it was OMV,” said George Nimeh, Chief Digital Officer at KURIER. “I am thrilled and our team back home is thrilled because it’s not always easy as a small or regional publisher to innovate and then get recognition for that.”

Project: “Radikal” – a campaign about the extremely sensitive subject of access to information in the country.

It’s a rare event indeed to have joint winners at WAN-IFRA awards, but in the end the judges’ combined scores for this outstanding couple were exactly equal.

EPOS, claimed to be the best app of 2014 in the German market, is a popular science and history magazine specialising in vivid storytelling, while Aftenposten+ prompted renowned designer and judge Mario García to describe it as, “One of the best newspaper tablet editions: clarity of navigation, excellent combination of short and long content. Good photography and an overall look and feel that reflect the spirit of Aftenposten. Bravo.”

DIE WELT launched KOMPAKT in May 2014 as an iOS-only app. KOMPAKT is part of WELT kompakt, DIE WELT’s daily compact format. The objective of the app is very similar to the idea that made DIE WELT start to publish an extra print edition with a new twist 10 years ago, WELT kompakt: It is an approach to reach a younger demographic. And in 2014 this meant the form of an app. It appears to be a hit with millennials in Germany: Around 50 percent of the users are 30 years old and younger. The app made it to more than 100,000 downloads since KOMPAKT for iOS was available in Germany, Austria, Switzerland from May 2014.

Project: The new Guardian app launched in May 2014.

In 2014, MinMote, a fashion website for daily tips and inspiration, introduced e-commerce to allow users to shop directly from an article. In describing the project, the company said its “commercial collaboration with Sobazaar played a crucial role in bringing in new revenue while maintaining editorial integrity and giving the user a simple and user-friendly buy option. We wanted the user experience to be very simple so they could actually get a true idea visusally of the clothes that they are going to buy.”

An always fiercely-fought category, but the winner, The Guardian, has long been a leader in digital innovation having evolved from a British to a global news website in the face of notable competition from international rivals. In describing its year, The Guardian said, “We rolled out an innovative and widely praised responsive design across the US, Australian and (in January 2015) UK editions, providing an optimised experience across all platforms and devices. We launched a new app for iOS and Android phones and tablets, which has been downloaded over a million times, rated highly by our users, won awards and was featured by Apple and Google as one of the best apps of the year.

This success was the product of the dazzling digital output of teams on three continents – in New York, in Sydney and at the heart of the operation in London. Journalists and developers, working in a rich variety of media, demonstrated the extent to which the traditional strengths of the Guardian, whether in investigative reporting or sport or the arts, can evolve and flourish in this new world.”

VG-lista is the offical music chart of Norway. Since 1998, VG has toured Norway with summer concerts to promote the list and to give VG readers a great summer experience. “This year we wanted to use social media to strengthen the VG brand, promote the tour and engage our readers,” in describing its project.

VG made a competition between 75 Norwegian cities to get #vglista to their city. Using social media, primarily Facebook, over 40 percent of Norwegian Facebook users saw one or more updates about #vglista.

According to BBC, “#nhswinter is an innovative digital storytelling project that combines data tracking and social media with broadcast and online news reporting. The aim is to curate content around the theme of emergency health care and the additional pressures faced during the winter months.”

Project: A global guide to the first world war

The Guardian took the anniversary of the war to end all wars and from that often re-told story built a startling interactive documentary using 10 historians from 10 countries and rare footage, which it then presented in eight languages.

“We live together in the same city, but we don’t see them. Who are they, where are they from and what is their story? In a photo and video project, homeless Berliners describe life on the streets – without talking.”