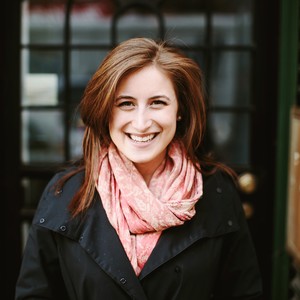 You’ve moved from Mashable to Wall Street Journal – Why did you make the move?  What was it was like moving from a ‘startup’ to a traditional media organisation?

Banks: I moved to the Journal because I was ready for a change — a new challenge in a new environment. It wasn’t an easy decision though. I’d seen Mashable through so much growth and innovation, I felt extremely loyal and proud of what we’d accomplished. It took several months for me to feel like I finally understood how the Journal works, partly because of its size, and the new tools and systems I had to learn to navigate. The size alone was a pretty huge culture shock that took some time to adjust to.

What does your role as lead news editor for mobile entail? Are you in charge of news about mobile developments? Or are you responsible for news content delivered on mobile?

Banks: I was hired to help reporters and editors think about how they could create unique content for mobile and content that’s optimized for mobile. So no news about mobile, but rather creating and optimizing news delivered on mobile platforms. That includes everything from working with designers and developers to building new templates for content on mobile, then teaching editors how to use those templates, to working toward making sure, for example, graphics that we publish work on mobile. I also will jump in and pitch ideas aimed at mobile — like an interactive about smartphone ergonomics that readers access on their phone, and by playing a little game and performing tests in this interactive could determine whether their phone is too big or too small for their hand.

Tech news over the past couple of weeks has been dominated by the release of the Apple Watch – what’s your take on the watch? Will it impact on journalism? Or is it a passing fad?

Banks: The Apple Watch will certainly be a popular and innovative new device, but its beauty really is in its ability to save the wearer time and keeping her from having to reach for her phone constantly. That will be extremely useful when, for example, you’re walking down the street and need directions. It’s far more convenient for a watch to point you in the direction you need to go, rather than pulling out your phone. Publishers will make watch apps, but I don’t think they’ll get a lot of use. I’m not convinced people will want to read email on a watch, let alone read news. Since the iPhone will still be nearby, I think people who want to consume news, will do so on their phones.

In more general terms, what role do wearables have to play in the future of journalism?

Banks: I think they’ll be useful in terms of alerts, customization and geolocation. For instance, we may see more customization of news alerts, as publishers try not to bombard users with pings on their wrists. We’ll be able to deliver content ever more relevant to the user based on her preferences and location.

What’s your take on chat apps and the news? Will it be the next arena for news consumption? What is the Wall Street Journal’s ‘chat apps’ strategy?

Banks: Chat apps are the next frontier for news, and perhaps they’ll even overtake social media platforms in terms of attention from news organizations’ audience development teams in the next year. My colleagues in our Asia office have experimented with sharing content on Line and sending push alerts twice a day. We’ve reached more than 800,000 followers on the platform, which is a significant number.

Have you been following the news on automation? That is, the news that AP has hired its first automation editor to monitor content produced by software. What’s your take on automated journalism? Is it a positive development or a negative one? Has the Wall Street Journal done anything with automation and mobile content?

Banks: I find it fascinating, efficient and frightening. Fascinating to see what technology is capable of understanding and translating. Efficient for certain types of news, like earnings reports, sports game recaps. And frightening for what it means for the future of the profession, which has traditionally been slow to evolve and adapt to new technologies. If we embrace this trend, rather than avoid it, journalists will be able to evolve along with it and it can be a positive trend, freeing journalists from chasing and regurgitating commodified news. However, I don’t believe a robot or an algorithm will ever replace the analysis, context, voice or ethics that a human can provide.

What does the next six to twelve months hold for you in terms of identifying and responding to new mobile trends? What do you think 2016 holds?

I think we’ll continue to explore what new platforms make the most sense for reaching our subscribers and measuring the return on those. Does Meerkat make more sense than Periscope? With a subscription model and without the ability to put ads on those, does it even make sense to use those platforms? Those are just a few of the questions we’re already asking. In 2016, I hope we see more use of the technologies inside smartphones in relation to news and how it’s delivered. For instance, recognizing your patterns — what content you gravitate toward, the times of day you launch the app, whether and when you watch video to provide more news and content you might be interested in.

*Note: This interview was conducted just ahead of the WSJ.COM digital redesign launch