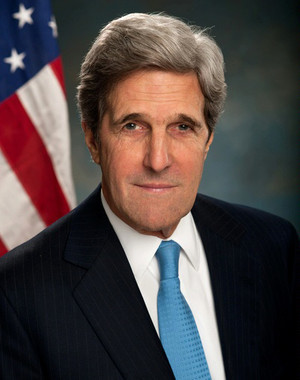 Kerry, one of the most well-known and influential statesmen on the world’s stage, has served as U.S. President Barack Obama’s chief advisor on foreign affairs since 2013.

A staunch supporter and advocate of free speech and an independent press, Kerry served in the U.S. Senate for 28 years and served as chairman of the Senate Foreign Relations Committee.

Kerry acknowledged World Press Freedom Day earlier this week, Politico reported, calling for the release of journalists around the world who have been imprisoned. “Kerry also noted that journalists are under attack everywhere from the war zones of Syria to Paris, China and Russia,” the news site reported.

During a visit to Turkey in April, reported Today’s Zaman, Kerry “stressed the significance of protecting media freedom and ensuring an independent judiciary in Turkey at a time when Ankara is under fire for restricting freedoms and cracking down on dissent.”