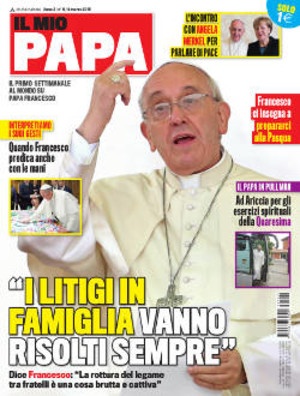 The figures from print revenue are stark. Massimo Martellini, President of the advertising federation FCP, talked about a 50% decrease in print advertising since 2008, with the drop being particularly noticeable in areas like automotive and tourism.

Italy’s publishing industry has always been very local and regional focused, with hundreds of small players, but today, it’s warily edging towards consolidation.

Most notable is the merger of La Stampa and Il Secolo XIX to create the national  Italiana Editrice S.p.A. The Managing Director of the new entity, Maurizio Scanavino, spoke about the synergies they have gained from combining both editorial resources and backend systems. For example, Il Secolo now takes 70% of its political and national news from La Stampa, while only 30% in traditionally strong areas such as the economy.

Combining systems has also allowed them to offer innovative co-branded verticals like animal house, a site aggregating animal videos and stories with a local twist.

The problem remains mobile. Pew reported earlier in the year that 39 out of the top 50 news websites get more traffic on mobile than desktop. From people we spoke to at WAN-IFRA Italia, there seemed to be agreement on a 50% figure nationally, but for local news this may be closer to 35%.

At any rate, the revenue side is disastrous. On a national level in Italy, it is estimated that between 3-5% of digital ad revenue comes from mobile. Locally this is closer to zero.

At Gazetta di Parma they are at least kicking against this trend. Their CEO, Maurizio Scanavino, has moved mobile up to 15% of digital revenue with an astute focus on mobile-ready formats such as native articles, which appear consistently in their top ten content lists. In the old business of banner ads, they are trying to educate their small ad customers to ensure quality digital creative.

But most of all, Scanavino has taken a sensible approach to sourcing essential technical skills in his workforce. He farms out development work to more efficient external suppliers, while investing in core skills such as data analysis, allowing them to make informed decisions – for example using the CRM to make the best news offers on digital subscriptions. As a result, those digital subscriptions have doubled in the past two years.

It would be remiss to complete a roundup of WAN-IFRA Italia without a mention of innovation on print products. The award for most typically Italian has to go to newly launched magazine Il mio papa (pictured), or Mein Papst as the German version is called. Building on the popularity of Pope Francis, Davide Mondo from Mediamond explained how they sell more than 100,000 copies every week across 13 countries.