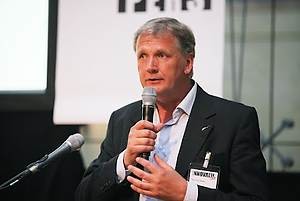 That the Dutch media fraternity have embraced the Scenarios for the future of journalism, produced for the Netherlands Press Fund (Stimuleringsfonds voor de Pers), is not surprising. Scenarios were a strategy tool honed in the Netherlands in the 70s by Royal Dutch Shell’s planning manager, Arie De Geus. His method – which essentially starts as a guided conversation about what various futures might look like – led him to succeed at Shell and the methodology became a popular part of consultant-driven strategic planning processes in the late 80s and 90s.

Scenarios are not blueprints of the future… they are merely adaptable stories of possible futures, given a set of variables. This can make it difficult to understand their worth.

There is compelling evidence however that scenarios can have impact and indeed shape the future successfully: the Mont Fleur scenarios, drawn up by politicians and civil society representatives when considering what a post-Apartheid South Africa might look like, played a key role in shaping the new democratic policies and structures of the new South Africa.

So what is the value of the Dutch 2025 journalism scenarios and why are they garnering such attention?

“The most important thing to emerge seems to be the new – very important role – that users play in the process. People want to be taken seriously. So editors should always have in mind that it is more important than ever that news is relevant. News is no longer the news that journalists and editors think that is important. People have opinions about that. They show you the way to their world by clicking and scrolling. Media better take that seriously and prepare not only for new ways of publishing, but also new ways of defining news.”   René van Zanten, General Director, Netherlands Press Fund

It has changed the way people are thinking about the future, says Van Zanten. “For the first time there is something that goes beyond predicting the future, for the first time we have something that has nothing to do with people who preach their own truth. There has been little or no criticism about the methodology we used because the outcome is very plausible and the result of the discussions among people from the industry themselves.”

These scenarios were developed specifically for the media industry in the Netherlands, but Van Zanten says it is apparent that the problems are more or less the same in most developed countries. Given their wider resonance, the Dutch have translated the scenarios into English and created a special, free, website where the pdf version of the report can be downloaded.