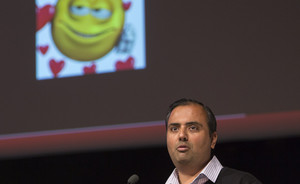 During a WAN-IFRA webinar earlier this month, Barot took part in a discussion on the recent surge in chat apps, a trend that was highlighted in our recently published “Trends in Newsrooms 2015” report. Moderator Julie Posetti, who was also the editor of the report, first acquainted the sold-out webinar audience with the 2015 trends in journalism before introducing Barot to discuss how the BBC has integrated WhatsApp.

Posetti noted the rapid increase in chat apps, calling them “social media’s second revolution.” With these relatively new social platforms the question remains: How will chat apps serve as valuable tools for publishers?

Barot discussed his experimentation process with chat apps and shared best practices for implementing them in your digital strategy in this WAN-IFRA webinar.

Make direct contact with WhatsApp right from the start

Considering the many platforms available, deciding which to use for your story can be overwhelming. Barot recommends solving this dilemma by experimentation. Once Barot identified WhatsApp as his platform of choice for coverage on the 2014 Indian elections, his next step was to directly contact WhatsApp to ensure the number was white-listed. Thus ensuring the authorised number could be promoted through other BBC channels to begin the onboarding process for users. It is important for journalists not to overlook this simple step of number verification as the alternatives could lead to spam distribution or blocked access.

The BBC was the first media organisation to integrate news reporting through WhatsApp with their coverage of the 2014 Indian elections. What is also significant is that India, during this time, had the highest concentration of WhatsApp users. This led to a large, interactive, and familiarised audience subscribing to the service, which proved to be advantageous for building a subscriber base.

“We knew that with the Indian election there would be a huge amount of interest by Social Media amongst young Indian voters to talk about election campaign and the different parties and the politics surrounding the campaign. It was a good initial pilot.” – Trushar Barot

While considering the WhatsApp audience and their communication styles, Barot decided to implement an unconventional editorial approach and introduced emojis in reporting. As he conveyed to our audience, emojis on chat apps are “second nature” to users and a typical way of communicating emotional responses.

When the BBC asked their subscriber base to send emojis as reactions to election developments, they received a flurry of emoji responses from voters.

The BBC, in response, decided to increase the levels of engagement and sent out “thumbs up” emojis directly to users’ phones.

This personalised approach between publisher and reader was met with positive feedback and further reinforced this app as a mobile messaging platform.

WhatsApp can be a valuable news gathering tool

Due to the success of WhatsApp during the Indian elections, Barot decided that it would be the optimal reporting tool for the BBC and their coverage on the Ebola crisis in West Africa.

Logistically, it was difficult to get journalists on the ground and by creating an Ebola WhatsApp subscriber base; it was invaluable to have this communication tool with active users sharing developments and first-hand accounts in the West Africa region.

This communication between the BBC and local users in West Africa supported WhatsApp’s function as a news gathering tool. The BBC, in turn, used WhatsApp as a breaking news service for the 20,000 regional subscribers. Users received push alerts 1-2 times a day with valuable information compiled from local sources.

Chat apps continue to be valuable news gathering tools, as the BBC experienced in the aftermath of the second Nepal earthquake, where 70 percent of the content published on their live blog was submitted by people in Nepal sharing video, images and personal stories of the devastation. 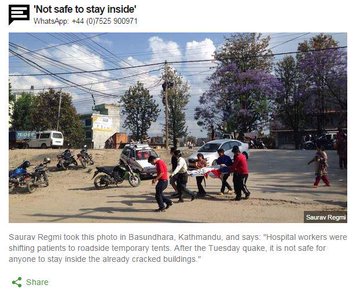 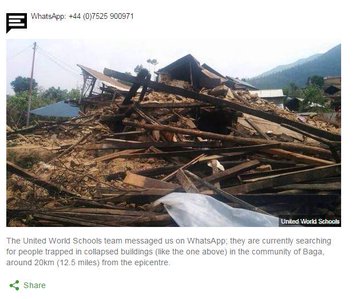 Globalisation is playing an important role in the chat apps phenomenon as we are seeing a whole new audience embrace these socialisation platforms. Barot describes this unique trend as not only, “moving East to West,” but also “moving from emerging world to the developed world.” He added that there are certain parts of the world where people will go into shops to buy a cell phone and request a “WhatsApp” phone.

While chat apps are gaining momentum, it is important to consider your targeted audience. When the BBC employed WhatsApp for the Indian elections, they used measures to elicit engagement from users and also sent content out in the forms of push notifications, photos and video up to three times per day.

This proved a stark contrast to the WhatsApp Ebola project where the BBC sent either text or audio push notifications a maximum of 1-2 times a day on users’ phones.

Be mindful of the audience and the typical data plans for the region, Barot said. It’s not a good idea to inundate your user’s mobile with data-heavy content and large files if your intended audience typically has 1-2 megabyte, pre-paid monthly data plans.

Automated registration on WhatsApp not yet implemented for publishers

The BBC built their audiences for these high-profile stories on chat apps by promoting their WhatsApp numbers through other BBC channels. Once readers expressed interest in subscribing to the service, then the labour-intensive process of onboarding numbers manually began.

Barot described manually inputting thousands of user’s mobile numbers in separate broadcast lists, which then prompted an audience question in the webinar on whether or not there is a limit for subscribers. Barot responded that currently there is no limit; however, each WhatsApp broadcast list has a limit of 256 contacts.

Therefore, each service has several broadcast lists, which will require a dedicated producer to manually input subscriber’s numbers on a single handset. Due to the lack of subscriber automation, this currently restricts WhatsApp’s functionality as a platform for a large, full-scale breaking news service.

It is critical for publishers to be responsive towards this untapped market of mobile users and to incorporate these new social platforms into their digital strategies. Since Barot pioneered this service at the BBC and was the first to publish news content on WhatsApp, he offered practical advice for publishers looking to explore mobile messaging apps in their local and international markets. Barot’s 3 key steps before launching news stories on these platforms are:

While considering chat apps in your digital strategy, it is important to note that no two are alike. Each chat app uniquely offers varied publishing capabilities. For example, WeChat, Line, and Viber are considered easier for publishers to manage as they have capabilities for brand publishing and CMS capabilities.

Once you have selected which chat app to employ, research your targeted audience and formulate an editorial approach considering user behaviour and the mobile data plans for readers. Discover for yourself through experimentation what responds well to your diverse audience and how you can effectively distribute content on a chat app.

“A few months ago, we added a WhatsApp share button across our news websites and across our 28 mobile sites, so now if a user is visiting any of our stories through a mobile phone, they will be able to share a story through WhatsApp as well.” – Trushar Barot

To hear the full recording of this webinar, click here.

Register today for our next webinar

In conjunction with WAN-IFRA’s published research report, “ISO 12647-3:2013: Quality standard for newspaper production”, WAN-IFRA’s Global Advisory consulting division will host a webinar on 19 August offering a preview of the report and will include tips for helping publishers standardise.

Anand Srinivasan, WAN-IFRA’s Research Manager on Pre-Press and Production and Manager of the International Newspaper Color Quality Club (INCQC) competition, will lead the webinar and discuss with our audience what is new in the revision of ISO 12647-3 standard and how the standard can help publishers to achieve high quality in newspaper production.

To find out more about WAN-IFRA’s Webinar Series, click here