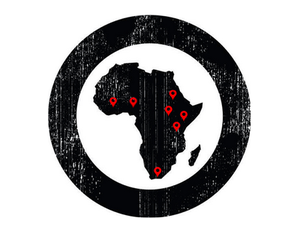 The programme, which will run for three years, is borne out of a series of pilot projects by the International Center for Journalists (ICFJ) and will be managed by Code for Africa (CfAfrica), says CfAfrica strategist, Justin Arenstein.

“In many places, the media has lost touch with real people. Our aim is to make journalism relevant again to ordinary people. Journalism needs to tackle the issues that keep people awake at night: like how to keep your children safe, healthy, and educated,” says Arenstein. “To do that, media organisations have to discover what their audiences really care about and then develop journalism that gives the audience actionable information.”

Arenstein says the BMGF grant has already allowed them to recruit some of Africa’s most innovative digital news pioneers as ICFJ Knight Fellows. These include former editor in chief of the Mail & Guardian, Chris Roper, and newsroom trainer and data journalism pioneer, Raymond Joseph, who will head the cadet school.

In reality, the project would install networks of small, cheap sensors across cities like Lagos or New Dehli where there is massive air pollution. “These sensors generate real time readings, which data journalists analyse for trends/anomalies, etc, which then triggers reportage. We underpin the reportage with tools that allow the public to get personalised readings for their neighbourhoods, etc. The kinds of stories generated include identifying polluters who exceed regulatory limits, helping citizens understand which parts of their cities are healthier / safer to live in etc,” Arenstein explains.

He said while the Lagos project is being kickstarted, they would like a slightly different focus in South Africa. “We’re looking for a rural community impacted by mining (probably dust from open cast mining). We’ll put out a call for partners once Ray has bedded down the cadet school,” he said.

Joseph said the curriculum is currently being prepared ahead of the launch of the data journalism school later this year. He said the initial intake would be five people, and that a stipend will be paid to the cadets to ensure a level playing field. “We want to make sure it’s not incumbent on parents to pay for travel, food etc. We don’t want to exclude anyone because of money,” he said.
The course would see students spending two to three weeks of intensive training, followed by at least two months working in a data journalism newsroom that works alongside Code4SA. It will be a learning environment in which cadets will be expected to regularly produce data-driven stories. They will work closely with a data ‘sherpa’ (an experienced news editor who manages the newsroom and liaises with outside newsrooms), and a “data wrangler’.

“Data journalism is all about teamwork,” said Joseph. “We’re not teaching coding, this isn’t a coding school. Code4SA will do that. We’re teaching students how to use data for storytelling and visualisation.”

Joseph says the idea is then to get the students into positions of interns at media houses or NPOs where they will use the skills they have learned. Code4SA will be on hand to guide and mentor them during this process. “After six months we hope the journalists will have the skills to find full time jobs newsrooms or start successful freelance careers as data journalists,” Joseph said.

Another aspect would be to educate the media houses and senior management about data journalism. “Media houses must be convinced of the value of data journalism,” said Joseph. “We need to help create a market for it. We recognise that we pioneers in this field and that we’re hopefully creating a cadre of journalists comfortable working in this field.”

Arenstein said the ICFJ Knight Fellows will be supported by in-country teams of civic technologists, who help run local innovation labs. Code for South Africa and Code for Kenya both already operate CitizenLabs. He said new labs will be established in countries where none exist. All resources created by the labs, including software and data, plus training resources, will be available for free re-use elsewhere on the continent.

“We want to lower the barrier to entry, by taking some of the risk out of digital experimentation. One way to lower costs is to make re-usable technology or data available. Another way is to help media partners build new business models on top of their new digital services. We’re aiming to do both these things,” says Arenstein.

CfAfrica’s portfolio already includes 90+ projects ranging from popular mobile-based citizen reporting apps and data investigations, to water sensors that help rural villagers avoid cholera. It will also sync with a separate new $1 million innovation fund, that will replace the pioneering African News Innovation Challenge later this year, and will strengthen the continental network of 30 000+ enthusiasts in Hacks/Hackers Africa who bring together journalists and technologists to collaborate on media projects.

Data editor, Chris Roper, said while it’s always been true that great journalism needs to fund itself, this is even more imperative in digital media “where data becomes a transmitter of editorial meaning, but at the same time a source of revenue. Telling great stories is expensive, and media houses need to see business as well as editorial benefit before they’re willing to invest”.

CfAfrica’s new engagement strategist, Stephen Abbott Pugh, worked on some of the global media’s largest ever data-driven stories, including the Wikileaks US embassy cables leak,  and more recently helped the UK Parliament deepen its engagement with citizens. He intends to use his insights to make sure that CfAfrica’s work reaches as many people as possible and that audiences have the tools to help shape the news or public discourse.

“The reality is that the majority of people across Africa are still offline. But many have access to mobile phones. We will be looking at how use SMS and radio, in combination with open data and other civic technologies, to transmit personalised and actionable information to people when they need it most,” says Abbott Pugh. “We will also try give people the tools to make their own voices heard.”

This article first appeared in the MediaOnline and is published with permission.

Four strategies from The Hindu to navigate the subscription game