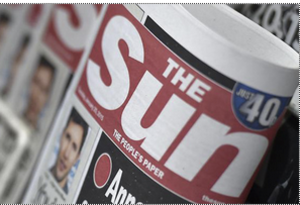 News UK said on Wednesday that Tony Gallagher had been appointed Editor-in-Chief of The Sun, and, the former Editor-in-Chief, David Dinsmore would be promoted to Chief Operating Officer of News UK where he would work alongside Brooks.

For Gallagher, the former Editor of the Daily Telegraph, it is the return to the helm of a national newspaper. “It is my great pleasure and honour to be taking charge at The Sun. It’s a job I couldn’t possibly turn down and I’m looking forward to working closely with Rebekah, David and the rest of the team at The Sun.”

Chief Executive of News Corp, Robert Thomson described Gallagher as “one of the most respected journalists and editors in the UK, with a long and honorable history with the Daily Telegraph group and the Daily Mail. His integrity and his ingenuity are splendid assets for The Sun across the week.”

Brooks who resigned as CEO in 2011 amid the phone hacking scandal, will replace CEO Mike Darcy. Darcy was praised yesterday for stabilising the company and leading the development of digital models and overseeing the transition to mobile formats.

Under her new role, Brooks will be responsible for the acquisition and development of digital properties. She has said “I am confident that we can meet the many challenges of this digital age with a combination of cutting-edge technologies and world-class journalism.”

The leadership changes will formally begin on Monday, 7 September for Brooks. Dinsmore and Gallagher will take their new positions in the next few weeks.