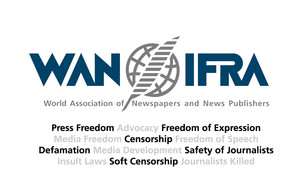 Two British journalists and their interpreter working for VICE News were arrested on 27th August and formerly charged by local courts with terrorism after reporting on the situation in the south-eastern Turkish province of Diyarbakir. Jake Hanrahan, Philip Pendlebury and their fixer – a local journalist who serves as a translator and guide – were subsequently charged with ‘working on behalf of a terrorist organisation’ and assisting the Islamic State.

WAN-IFRA denounces the charges, believing them to be entirely politically motivated, and calls for the journalists’ immediate release.

As well as severely restricting critical media coverage, President Recep Tayyip Erdogan and the ruling Justice and Development Party (AKP) appear to be silencing investigative reporting by clamping down on coverage from Turkey’s southeast region. VICE reports that conflict between Turkish security forces and Kurdish sectarian groups has meant the government in Ankara is reluctant to arm and train Kurdish fighters in the US-led battle against Islamic State militants in the region, for fear they will align themselves with the PKK (designated as a terrorist organisation by Turkey).

The state has also stepped up its targeting of domestic media as general elections approach on 1 November. A police raid on the offices of Koza İpek Holdings in Ankara on 1 September was conducted by Turkey’s Financial Crime Investigation Board (MASAK). The raid targeted 23 companies owned by Koza İpek, a corporation linked to the government’s one-time ally Fethullah Gülen, for allegedly “giving financial support to the Fetullahist Terror Organization (FETÖ) and conducting its propaganda.” The head of the company denies the accusations, saying he and his companies were in no way involved in illegal acts.

The Turkish dailies Bugün and Millet, TV stations Bugün TV and Kanaltürk, and the website BGNNews.com are all subsidiaries of the İpek Media Group.

In a separate development, critical publication Sözcü today left its opinion columns blank in protest at the government’s “increasing pressure.”

“If Sözcü is silent, Turkey will be silent,” ran today’s headline, accusing President Recep Tayyip Erdoğan and the AKP of “increasing pressure over the past year on opposition newspapers.” Sözcü said it had faced 57 court cases and 67 criminal complaints over its news stories in the past year, while ten of its columnists had been sued for compensation in relation to 60 articles.

Opposition media believe the deliberate tactic is designed to intimidate and silence coverage unfavourable to the President and the ruling party. So far, no one in the government has refuted claims that the manoeuvres are politically motivated.

WAN-IFRA, the representative organisation of the world’s press, calls for the immediate release of Jake Hanrahan and Philip Pendlebury, and all journalists currently in jail in Turkey simply for doing their jobs. WAN-IFRA is closely monitoring the situation and reaffirms its position that the Turkish government should refrain from interfering with news media ahead of upcoming elections.