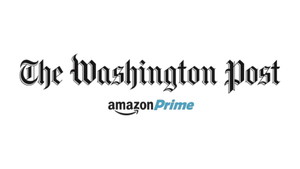 The Post is offering Amazon Prime customers, who number in the tens of millions, free access to its National Digital Edition for six months. After that they can continue service for US $3.99 per month, or about $48 per year – about half the normal price.

U.S. Amazon Prime customers will be able to sign up for the offer from a special web address (which at the time of this writing was not yet online) and start their trial immediately. The company says the subscription can be used to read the National Digital Edition on the web, or on iOS, Android and, of course, Amazon Fire devices.

U.S.-based consultant Alan D. Mutter says, “The Prime offer, which I predicted the day [Jeff] Bezos bought the Post, significantly broadens the audience for the Post and the prestige of the brand while also providing a valuable service (at no incremental cost, at least for the time being) for Amazon customers. It’s a win/win/win.”

Writing on Politico, media analyst Ken Doctor says the $48 annual price compares to about $348 a year for the Wall Street Journal or $455 a year for the New York Times.

BI Intelligence, a newsletter from Business Insider, writes, “The Washington Post stands to gain in two major ways from its new partnership:

“First, the new partnership could lead to a steady rise in subscribers for The Washington Post,” it says.

Amazon does not reveal figures for Prime, but at the beginning of the year, Consumer Intelligence Research Partners estimated that it had 40 million members in the USA.

BI Intelligence continues: “Also, the deal could help generate more ad sales for the publication. Amazon Prime offers advertisers access to a key demographic — high-income earners. 20% of Amazon Prime members earn more than $100,000 a year, and an additional 29% earn between $60,000-$100,000 a year, according to Compete [a digital marketing firm],” the newsletter’s editors write.

This is not the first Amazon/Post joint promotion. About a year ago, a Washington Post app began appearing as a pre-installed item on Amazon Kindle Fire tablets. Currently, according to Amazon, “Readers can enjoy free access to the app for a limited time, courtesy of our sponsors. After the sponsored period ends, you’ll have access to complimentary content items each month, with the option to purchase a monthly subscription for $14.99.”

A check of subscription pricing on The Post’s web site, incidentally, reveals an (unrelated) surprising anomaly: For local residents, subscribing to unlimited digital access plus seven-day home delivery of the printed paper is actually cheaper than buying just digital access.

For instance, a resident of the Rosslyn area of Arlington, Va., a Washington suburb, would pay $150 a year for unlimited digital access – but only $90 for the same access plus print.

In effect, The Post is paying people $60 per year to take the paper as well as the digital. Why?

Mutter says, “The Post is encouraging people in the D.C. area to buy the print paper to keep up circulation at a time that all publishers are facing sharp drops in print subscriptions. Between 2004 and 2014, print circulation has dropped by nearly half as reported here. Print matters, because it delivers about 80% of the typical newspaper’s revenues (ads + subscriptions) and 100% of its profits.

“Consumers who opt for the paper get a relative bargain on the digital product, even if they just use the paper for training puppies and starting barbecues,” says Mutter.