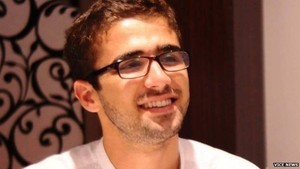 The two British journalists and their interpreter were arrested on 27th August and formerly charged by local courts with terrorism after reporting on the situation in the south-eastern Turkish province of Diyarbakir. The three were accused of ‘working on behalf of a terrorist organisation’ and assisting the Islamic State.

VICE reports that conflict between Turkish security forces and Kurdish sectarian groups has meant the government in Ankara is reluctant to arm and train Kurdish fighters in the US-led battle against Islamic State militants in the region, for fear they will align themselves with the PKK (designated as a terrorist organisation by Turkey). The dangers involved in reporting from the region have led to little independent media coverage.

In a statement on Tuesday, WAN-IFRA denounced the charges brought against the three journalists, believing them to be politically motivated, and called for their immediate release. Following heavy pressure from international media rights groups and the UK government, the British journalists were released on Thursday. Mr Rasool remains behind bars.

The arrests coincided with another week of intense pressure on local Turkish media ahead of elections scheduled for November. President Recep Tayyip Erdogan and the ruling Justice and Development Party (AKP) appear to be punishing critical and opposition media and attempting to silence freedom of expression as a means of influencing the vote.

Turkey’s Financial Crime Investigation Board raided the Ankara offices of Koza İpek Holdings on 1 September following accusations that it had provided financial support to the Fetullahist Terror Organization (FETÖ) and conducted its propaganda. The company, which denies any illegal activity, owns a number of print, TV and online media.

In a separate incident, critical newspaper Sözcü ran blank pages on Tuesday accusing President Recep Tayyip Erdoğan and the AKP of “increasing pressure on opposition newspapers.” Sözcü said it had faced 57 court cases and 67 criminal complaints over its news stories in the past year, while ten of its columnists had been sued for compensation in relation to 60 articles.

WAN-IFRA calls on the Turkish authorities to immediately release Mohammed Ismael Rasool and to end its punishing war on media freedom in the country. WAN-IFRA also reminds Turkey of its international obligations with regard to freedom of expression, particularly Article 19 of the Universal Declaration of Human Rights and the International Covenant on Civil and Political Rights (ICCPR), to which it is a state party.