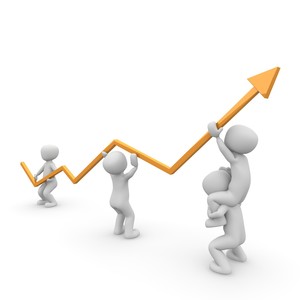 In this guest post, media analyst Andreas Pfeiffer offers a quick overview of some of the trends that will shape the publishing landscape in the coming months.

In order to provide a more precise picture, we have analyzed the trends not only from the standpoint of the dominating trend itself; rather we are including prominent countertrends for each observed trend, as well as associated trends that can amplify or weaken a tentpole trend. Watching all of these aspects in parallel will make it easier to make informed decisions when the time comes.

Adblocking was one of the key topics in 2015, and it will continue to be a major preoccupation in 2016. The key trend to observe is the increasing fragmentation of an already very complex market: more and more competing technologies, and increasingly diversified methods of dealing with ad-blockers

Adblockers are a warning signal to the ad-tech market and advertisers to re-think on-line advertising from the ground up. We expect a consolidated effort of dealing with the problem from Agencies and advertisers alike, and a lot of communication around it.

For many publishers, the move to distributed content platforms such as Facebook Instant Articles, Google AMP or Apple News will be an important way of keeping some control of the advertisements readers are presented with.

As distributed content grows in importance, we should expect publishers to experiment with an increasing number and variety of initiatives that are designed to pull readers from social platforms to deeper forms of engagement with a publisher’s brand

Some analysts believe that Messaging apps are on the way to overtake social media as news channels. Snapchat was one of the first apps to clearly show this trend. Watch out for other players to jump on the bandwagon.

While in the US, print had been declared technically dead for years now, it is clear that there is a slowly growing demand for print-based products, particularly books and magazines. And while newspapers continue heir downward trend, they are still an important part of news consumption around the world. As digital devices increasingly dominate our lives, physical aspects of print-based products are increasingly appreciated, even by younger readers.

A majority of users now gets their news on mobile devices, and a growing portion of them only use a mobile device for their news consumption, thus re-inforcing a demand for immediacy in news delivery that can make slower forms of delivery seem outdated.

Vinyl records now make up roughly 30% of physical music sales according to some accounts, and an increasing number of mainstream artists are including Vinyl versions of their albums in their catalog, showing that there is increased demand for a less connected, more physical way of experiencing music.

Revolutions start at the fringe, not at the centre. While in terms of overall numbers, indie magazines tend to fly under the radar of overall media consumption figures, the emergence of this new kind of magazine, extremely popular with trendy millennials, provides very interesting clues about different ways of redefining what publishing is all about.

The ubiquity of mobile devices is shaping expectations of what media is all about. That being said, mobile devices also drive an increasing sense of digital fatigue.

Bookstores are witnessing a comeback, offering physical contact with the product, serendipitous discovery – and, most importantly, curation by a likeminded person.

The massive push to drive VR developments is likely to increase in 2016, and the number of impressive experimentations with VR content will grow significantly. That being said, we are still some time away before VR news and media consumption will enter the mainstream.

Excepted Gaming, Virtual Reality still has not found its killer app, and while early demos with devices such as Google Cardboard get the point across, it will take much more to make VR a solid component of everyday media consumption. (This is not to say that it will not happen eventually, but it will take significantly longer than bullish proponents of the technology assume.)

In the short term, the arrival of augmented reality systems such as Microsoft’s Hololens or Magic Leap will offer an interesting addition to the VR media puzzle, that has the additional benefit of not cutting the user completely off from his surroundings.

While breaking news interspersed with thinly disguised clickbait continues to be perceived as the primary battlefield of digital journalism, 2016 will see long-form journalism increasingly take centre stage as readers are asking for more serious content. This also underlines the fact that on-line information consumption is undergoing a slow but constant evolution. Also contributing to the diversification of editorial content on offer will be increasingly pervasive video content and considerable amount of experimentation with 360° video and VR journalism.

While tablets are clearly the best device for consuming sophisticated on-line content, the slow-down of tablet sales in favour of larger smartphones could negatively impact evolution of sophisticated mobile content in favor of simpler presentations

It is too early to tell if the emergence of VR content will rapidly find its natural place in the on-line content landscape, or if it will remain an interesting experimentation without a clearly defined role in editorial line-up. Either way, VR will definitely be a influence to reckon with in 2016.

As publishers turn increasingly to native advertising and sponsored content to generate revenue, we can expect pushback from readers who feel duped by content that’s not clearly designated as advertising. It would be a fallacy to assume that all content is born equal: the debate about what is “real” journalism and isn’t is very likely to heat up in 2016, as serious editorial content needs to show more clearly that it isn’t advertising in disguise. Expect increasing experimentation in this field, in form as well as in content.

As content marketing is becoming an increasingly sophisticated and rich marketing tool, we can expect players in this field to increasingly challenge traditional editorial outlets at least in some fields. We should also expect a rise in brand-owned publications, particularly in vertical market segments.

The growing demand and development of high-quality long-form content will also contribute to making the content landscape of 2016 a complex and multi-layered one, that will require clear and unambiguous ways of signaling native advertising.

The trend started with Snapchat, and its Discover and Stories features, and is likely to expand to other messaging apps such as WhatsApp and Facebook Messenger, among many others. In fact, in terms of active users, the top four messaging apps have outpaced the top four social media platforms already Expect increasing experimentation in the field from publishers and technology providers alike.

Countertrend: Editorial brands will be working hard to diversify their editorial offerings

To counter the increasing clout of social media and messaging apps in news distribution, we should expect publishers to push for increasing diversification in their content and services catalog, in an uphill battle to retain brand recognition and attractivity of their editorial platforms.

The rise of human curation

You cannot automate excellence – and when it comes to the crunch, excellence is what makes the difference between leading media properties and also-rans. 2015 saw human curation take centre stage in digital media, and this trend is very likely to increase over the coming year, as most every digital media outlet will ramp up curation in their content selection methods in order to gain an advantage over the competition.

Algorithmically selected distributed content such as Facebook Instant Articles is bound to play a significant role in news distribution in the coming year, and will seriously impact what information gets seen by whom. That being said, even social media giants such as Facebook are increasingly using human curation in fine-tuning their content selection and services

Associated trends: The rise of the neighbourhood bookstore

2015 saw small neighbourhood bookstores make a come-back, as book-lovers increasingly turn to physical bookstores for serendipitous discovery of interesting items. Clearly, one of the most appreciated aspects of these stores is the very personal selection by the store’s staff.

After 10 years at the helm of a leading European technology magazine, Andreas Pfeiffer founded Pfeiffer Consulting in 1998, with the aim to provide market-specific research and consulting to media producers and technology providers. Through his site Pfeiffer Report he offers in-depth analysis of emerging media, publishing and technology trends. Pfeiffer is a frequent speaker at international events for the publishing and media community, and his insights have been quoted in newspapers and magazines such as The New York Times, the International Herald Tribune and Wired.” @pfeifferreport

Pfeiffer’s views are his own and not necessarily those of WAN-IFRA.