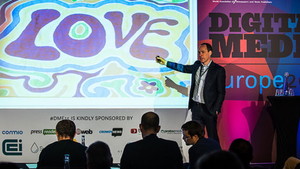 1)  Where are reader revenues heading?

Only a few years back any discussion about reader revenues quickly came down to paywall… or no paywall. From micropayments to paid events, publishers are exploring new ways of interacting with readers – and receiving money for it.

That’s not to say that paywalls have had their day; much the opposite. They are in a process of fine-tuning metered levels of access with different limits for different types of content.  Even the most daunting of walls, like that of the Financial Times, have quietly built in a degree of ‘leakiness’ to ensure access for social media traffic – essential as advertising moves to social.

Others have rejected the paywall in favor of memberships.  The Guardian has long opposed paid-for content but now increasingly encourages a tiered membership scheme, with CEO David Pemsel announcing he expects membership to account for a third of revenue by 2019.

Kevin BeattyMail Online, long a proponent of selling goods and services on its site, has elaborated on that with the launch of MyMail, an online membership program with rewards. Kevin Beatty, CEO of DMG Media, (publishers of the Mail) tells us that MyMail brings the site active engagement with 350,000-400,000 readers per month from its 1.1 million-member total.

Engagement has also proved to be the key for Austrian publisher Styria, which has embraced social media by publishing its content first on social, then on the site and only in its magazine, miss, as the final step in the process. Better yet, it has succeeded in converting social media followers into paid subscribers by taking a leaf from the mobile games apps. The highest-earning apps are games, and they are free, but users are offered tantalising ‘bonus’ packs to progress if they buy tokens.

Styria does the same with its miss magazine, giving a free app with the possibility of earning ‘diamonds’ by interacting.  When the free trial period ends, anybody who doesn’t have enough diamonds to cash in for a continuation can buy some. And they do.

Memberships, meters, and gamification are rewriting the playbook when it comes to pay. Which game plan will be the winner for you?

2) Which content platform do we jump on – or not?

Consultant (and DME moderator) Andreas Pfeiffer has noted that media distribution has changed so quickly over the last 12 months that there aren’t always names for the forms it now takes. Distributed content, platform publishing, and ‘homeless’ publishing have all staked their claims to chunks of the media terrain. With them come the strategically decisive debates about whether to surrender your content to another platform, and if you do, then which one.

Mark Little, VP of Media Partnerships at Twitter, and a speaker at DME, is uniquely placed to discuss where distributed media is leading us, because his company works with Google to develop AMP in response to Facebook’s Instant Articles.

Jake HorowitzMic CEO Chris Altchek recently confirmed a lot of publishers’ nightmares when he told Re/code, “The landscape of distribution changes so quickly, at least every three months. Whatever worked three months ago doesn’t work today… and you should expect meaningful changes in distribution for the next few years because none of these platforms are settled.”

For those trying to ride the crest of what is fast looking like a distributed content tsunami, Jake Horowitz, co-founder of Mic, will be speaking at DME to help clarify how publishers can stay on top.

WAN-IFRA will release a report on the topic, authored by Pfeiffer, during the event.

3) How will publishers “unblock” the advertising code?

Adblockers have dominated the media debate this year as publishers have struck back. First individual newspapers such as Bild and City A.M. took a stand, and then combined operations began, such as the show of anti-adblocker solidarity amongst publishers in France or the 17-newspaper offensive against the Brave browser in the U.S.

With that came the backlash, as many people in the industry accused publishers of creating their own problems through over-obtrusive ads in the increasingly intimate space of personal devices.

The battle goes on, but rather than simply shutting the door on adblocker users, many publishers are looking at “softly-softly” strategies to woo them into deactivation of blockers or upsell them to subscriptions.

WAN-IFRA will release a report on the topic during the event.

Norway’s Verdens Gang (VG) chooses to let adblocker users continue to see content, but where ads would once have been shown it now displays explanations of how the content is funded. VG Commercial Product Manager Elnaz Esmailzade will be explaining that stance in what VG calls a “positive approach to ad blocking.”

There are more ways of countering ad blockers than simply refusing to serve content to their users. Native advertising has had a boost from ad blocking, since it is not identified as advertising at all by blockers.

When Melanie Deziel was the first editor of branded content at the New York Times, she was responsible for the “Orange is the New Black” partnership with Netflix. Now a consultant and referred to as the ‘guru’ of branded content, she will be at DME to explain where native is going and how publishers and readers alike are learning to be comfortable with it.

Deziel may have left the NYT, but native advertising most certainly hasn’t, and Michael Golden, the company’s vice chairman, will be at DME explaining how the NYT created its own T Brand Studio operation to create stories for advertisers. It’s a business line that saw the publisher make $40 million in 2015, with more than double that expected this year.

4) How do we compete with video?

Magnus ZaarVideo has become a must-have – but just having video is not in itself a workable video strategy. Video expert (and ex-head of Aftonbladet TV) Magnus Zaar comes straight to the point when he says, “Publishers may have a grand plan when it comes to online video, but when competition hits and video ratings match neither high hopes nor investments, publishers quickly turn to a short-sighted view of their video operations.” Zaar will be speaking on the competition from Google, from Facebook, and even now from Twitter First View, as publishers wrestle with distributed platforms in the struggle for views and the hopes for income from pre- and post-roll ads.

When it comes to platforms, pure player Quartz seems to be on the right path with over 200 million video views a year, most of which are on Facebook, with the rest divided between the home site and YouTube. Mia Mabanta will speak about that balance and the pros and cons of having your content everywhere.

For others, the issue of balance is not about where to host video, but how to get it there in time. Alexis Johann from Styria will be at DME to explain that the lifespan of a video story can be painfully short: “Video is great, but the problem is the time it takes in production means that the video is always late. Take a story like the rise of Le Pen in France: Le Pen is gaining ground and in 10 minutes you have it online. But it’s 24 hours before your video report is online. By then people already know what happened, so they’re not clicking on it.”

Johann’s solution is a story-to-video automation system that matches images to breaking news. But that’s only part of the story – Styria also has a TV studio in Graz with the Kleine Zeitung news team and radio station, which means it can follow up with quality video later, thereby extending the life of a story.

Just to complete the circle through these key DME questions there is perhaps no one better to talk to than DMG’s Kevin Beatty. The Daily Mail’s response to all of the above questions includes a policy of creating its own bespoke video packages for its corporate clients, an approach that addresses platform, revenue, native, and video in one stroke.