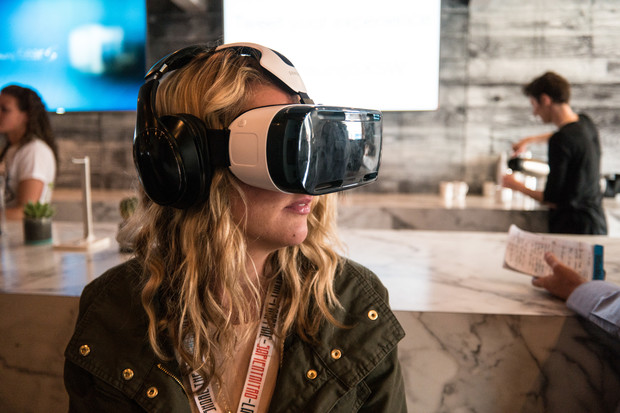 “Once we’re able to engage with the most compelling thing in VR – which is one another – that’s what’s going to drive our adoption,” Hendrix told the World Editors Forum. His company, NYC Media Lab, is at the center of VR innovation, building projects and experiments in the field for news organisations, which he connects to New York City’s universities. Improvements in our smartphones, which we already primarily use to consume content, will be essential to VR adoption.

Justin Hendrix will be sharing his thoughts on building engagement at WAN-IFRA’s 23rd World Editors Forum in Cartagena, Colombia on 12 Jun 2016 to 14 Jun 2016.

For what reasons do news organizations seek partnerships with universities through the NYC Media Lab?

Many are keen to explore emerging media technologies. We build projects that allow them to try new things and experiment with VR. We’re working in a space that is pre-commercial, pre-‘how do we make money from this’, trying to find out what these technologies are capable of and what we can do with them, how might we use them in practice in our day-to-day workflow, and for storytelling.

So, the current focus is on developing storytelling?


Some projects we do are very much around how to tell stories in this new media. We evaluate the conventions, the user experiences, and other elements that are needed to communicate effectively. Other projects are aiming to find out how to extract information from video, or how to manipulate the Internet of Things (IoT) objects through screens. These are much more technical in nature or surround emerging media technology, not just storytelling.

How are universities contributing to the innovation of VR for journalism?

It’s a particularly good time for media companies to partner with universities around VR and 360° video, because there’s so much enthusiasm on the campuses, so much effort to try new things, experiment with new gear, new technology, and to see what works. The reality is that a lot of this equipment isn’t terribly expensive, but what it takes is time and the willingness to try something new. Sometimes, inside the companies we work with, there’s not that much latitude, but inside universities, there is plenty of latitude for creativity.

Has there been any new research on audience metrics relating to VR?


The reality is that no, I haven’t seen any numbers surrounding user experience. There is research on best practices in user experience, but a lot of it is at a slightly higher level, rather than applying to news content. I think that’s still something to come – the reality is that there hasn’t been enough content nor enough mass-consumption to create the context for that type of research. I think that’s something you’ll see in the next two years, but it’s certainly not around yet.

You’d think that having VR-specific metrics available would encourage brands to commercialize the technology, right?


The reality is that virtual reality is the Wild West right now. There aren’t enough people who have the means to consume the content to create the sort of dynamic where advertisers are looking at whether to invest or not based on metrics – that’s not what’s driving them. It’s sort of like the early days of the web or any communications technology. If they are investing or spending money, they’re doing it because they believe it’s a worthwhile experiment and something they need to understand, not because they believe it’s necessarily going to have a defensible Return on Investment (ROI) and they’re going to be able to point to figures.

In terms of funding VR, we’ve seen mostly sponsorships – what other ways will news organizations be able to monetize VR in the future?


For the near future, sponsorships are the main mechanism, but I do think that you’ll see opportunities in the not-too-distant future by selling content for download, in a model not unlike iTunes. There are already mechanisms for doing that, but I think it will become more common for documentary content, live streaming, and news.

In what stage would you say we are in the overall development of the VR ecosystem?


Right now, it’s about experimenting, understanding the tools of the trade, the key questions and issues in this new medium and environment, and what it’s best suited for. At the moment, it is not really about scale, and it won’t be for a period of time – certainly we know that the number of VR headsets sold is still just in the millions. Google cardboard is chucking those things into every corner of the universe – not unlike the way AOL used to send it’s CDs out in the United States. The New York Times may hold a couple million of them at this point, but that’s not the same thing as saying VR is widely available because it’s still not.

As our phones continue to evolve, what is possible right now only in high-end headsets like the Oculus and the HTC Vive will be possible on your phone, and when that’s the case, that will drive a kind of mass-adoption and consumption of virtual reality, but that’s still two years away.

Where do you see VR storytelling going for journalism?


I would encourage news organizations to think about what’s really going to drive mass adoption – I personally don’t think the content will be single user experiences. I think that multi-user experiences, social experiences, are going to be the thing that really captures people’s imaginations. Experiences where you can be in virtual environments with other people and see each other as avatars, characters – once people try that it changes their whole perception of this technology. I’ve seen it more in a lab and entertainment context, but I do believe there will be applications for journalism. It will change the way we think about live broadcasting, news, and conversation.