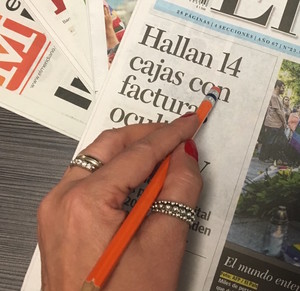 The Board of WAN-IFRA strongly disagrees with a judgement made on 29th April 2016 by the Belgian Superior Court ordering newspaper Le Soir to alter an article published 22 years ago. The judgement was made on privacy grounds so as to anonymize the individual named in the online version of the original report.

The Belgian Superior Court upheld the ruling of the appellate judge and agreed that publication of the article in the newspaper’s online archives could be considered as a new disclosure of facts regarding the individual’s judicial past. It ruled that the subsequent damage to the right-holder’s reputation outweighed the interest of the public in maintaining access to the totality of the information.

The Board of WAN-IFRA expresses solidarity with Groupe Rossel in its forthcoming appeal against the decision before the European Court of Human Rights. It however  relies on the Court to confirm the interpretation of European privacy rules as laid out by the European Court of Justice in the case referred to as ‘Costeja Vs Google Spain’. Rendered in May 2014, in that decision the Court found that news media enjoy an exemption for journalistic purposes that indemnifies them from individual claims based on data protection laws and, in particular, on “right to be forgotten”.

The Board acknowledges the relevance of the human right to privacy, as defended by the so-called “right to be forgotten,” but strongly believes that newspaper archives, whether on paper or digitalised, should remain intact in the interests of freedom of information and historical accuracy. Furthermore, it maintains that any imposed alteration of news articles represents an unacceptable restriction on the freedom of the press.