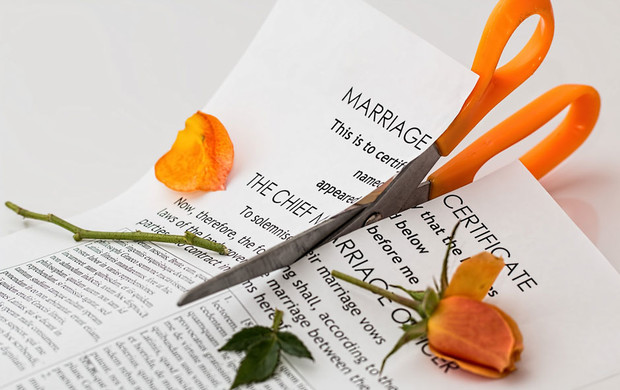 Indeed, one of the biggest challenges facing news publishers today is reaching new audiences – and converting at least some of those readers into paying customers. In some parts of the world, more than 50 percent of a publisher’s articles typically are read not on its own website, but rather through various social media channels, often Facebook.

“A lot of your interaction, a lot of your engagement and a lot of your audience is living on a platform that you do not control. So how do you best leverage that? How do you turn that into a real business opportunity?” asked Gabriel Kahn, an expert on the topic and moderator of the session, of a diverse panel of publishers recently during a session at WAN-IFRA’s World News Media Congress in Cartagena, Colombia.

Taking part in the panel were:

Each of the three publishers has strategies that vary with their goals for their markets. For example, Garcia-Ruiz explained that The Washington Post, since being bought by Amazon’s Jeff Bezos, is expanding its market and brand from a primarily local focus to one that is national and international.

“We need to change the perception of people in the United States and of advertisers that we are a Washington-only publication,” Garcia-Ruiz said. “The way we are going to change that is to make sure that our content is seen by as many people as possible, so that people can understand that we’re not only about Washington.

“We give a lot of free subscriptions out to other people who subscribe to other papers in the United States. We also believe very strongly that we are in the middle of an amazing revolution in human history, which is human beings are changing the way they communicate,” Garcia-Ruiz added. “You have two choices: You either go along with those changes and adapt your content to reach those changes, or you decide to force people into a different paradigm, one that is not the way people are going right now. We believe that the move to search and social is part of this revolution – and we want to be part of it.”

‘We have to monetize the audience we already have’

As head of newspapers and digital media properties for Grupo RBS, one of the largest media groups in Brazil, which also owns television stations, radio and eight newspapers in the southern part of the country, Petterle said her group has a completely different strategy from the Post.

“We are regional and we are local,” she said, “and what we have to do is to really monetize the audience that we already have.”

Reaching about 60 percent of a market of 11 million people, through a combination of print and digital, Petterle said RBS’ “main goal is to really convert people to digital subscriptions. Our model is ‘paid content.’ With this sort of scale, with 11 million people, it is impossible to believe that advertising will pay our bills, so we believe in paid content. We use the social networks. We use Facebook a lot, but only to publish links, then we can get people into the funnel. We also do the same thing for Twitter, and it’s working well.

“Everything we do is to get people, to get our audience, into the digital funnel. … The endgame is conversion: we invest in the platforms that will bring more quality users so that then we can convert them,” Andiara Petterle, RBS

Switzerland’s NZZ Mediengruppe has some divisions, such as its 12 regional newspapers, TV and radio, that are local, and then the NZZ itself, which is national and international in the German speaking markets: Switzerland, Germany and Austria.

‘In 10 years there will be no more print advertising revenue’

“The way we see Facebook and other platforms is basically the same as at The Washington Post,” Dengler said. “They give us leads for the funnel, and they help us build the brand. But we’re also very much in saying that the main part of our activities: the regional papers and the NZZ, are paid-content models. So it’s all about converting.”

“We do have reach models too – free newspapers and radio, but they work on a different model that will be advertising supported,” he said. “For the paid-papers, we’re working from the assumption that in 10 years there will be no more print advertising revenue. If we have some, that will be great, but the business model has to work without.”

Risks of sudden changes: From 75 million uniques to 0

Also noted by the panelists was the ongoing risks of sudden changes to social media platforms.

About five years ago, “well before Instant Articles, there was a massive attempt by Facebook to do a very similar project,” Garcia-Ruiz said. “They had a publisher lined up who hired a whole bunch of people to produce a Facebook-based product, the Social Reader. All of the articles appear in a Facebook-product and it would be in people’s news streams and be far better than what you were doing. That partnership was with us. About a year into it, we had more uniques in the Social Reader than we had in The Washington Post. And then one very dark day, Facebook said it wasn’t working for them and the Post went from 75 million uniques to zero. We know what it’s like to be burned by Facebook better than anybody, but again I don’t see an alternative.”

“The human race has decided that sharing things on social media is something it’s going to do, they decided Facebook across the world is the number one where they’re going to do it,” he added, and then described the relationship in terms of a marriage: “So you’re going to be with this person and you have to figure out a way to make it work. Stop worrying about your feelings, who’s in charge, who’s in control and just go ahead and realize your audience is all there and you have to be where your audience is. And you can have different strategies there, but you have to be there in a way that makes sense for you.”

‘The Elephant and Ant in the room’

But Dengler was quick to point out that not every publisher can cross the threshold with the likes of Facebook and Google “carrying the same weight.”

“The only problem I have with Emilio’s analogy of couple’s counseling is we’re not a couple with Google or with Facebook,” Dengler countered. “They’re an elephant and we’re an ant. An ant doesn’t have a relationship with an elephant. There are some things we need to watch out for. I do think that at a certain level of market power Facebook will become a problem. … What we have to understand is where can we piggy-back the big elephant and benefit for our little ant business that we have ourselves. That’s an entirely pragmatic decision.

The risk you have if these guys switch something in their algorithm is your business can go down the drain really, really quickly.

And that’s another reason why I would never make my business very dependent on them.”

In fact, shortly after our panel took place, Facebook announced a major change to its news feed. We reached out to the panelists and asked for their views on this move, and here is what they told us:

“We are not commenting on the Facebook changes at the moment because we are not sure what they will mean,” wrote Garcia-Ruiz. “Most of our Facebook traffic does not come from our main accounts; it’s more from people just sharing our stories on their own. So we are going to wait to see what happens.”

Petterle wrote: “We believe these changes don’t really reflect the interest of users but rather the business strategy of FB which is to lock up its users. It reinforces our belief in not producing or distributing our quality content for free on FB, specially for regional content producers that could reach users elsewhere. Also we believe people will increase their use of editorial newsletters, newspapers apps and other news aggregators. FB generates less than 20 percent of our traffic to paywall and it might affect slightly in the short term but it also may helps acquire more readers in our own platforms considering that local news and our brands are important to the community. It may drive more advertisers to us as well. For brands, it is critical to be in a context of certified content and credibility.”

At our time of writing, NZZ’s Veit Dengler had not responded.

WAN-IFRA’s Simone Flueckiger and Valérie Arnould contributed to this report.