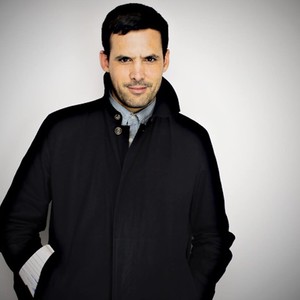 The French Huffington Post [HuffPost] launched in January 2012, in partnership with the iconic French daily Le Monde with a simple deal: Le Monde takes charge of advertising and administration; the HuffPost provides the technology, and a new team of journalists focuses on content.

With a five-year anniversary around the corner, Le Huffington Post has established itself in the French media landscape, attracting 4,1 million unique visitors a month. Most of the French audience had never heard of the HuffPost before its launch, according to Paul Ackermann, its Editor-in-Chief.

“The biggest majority of our readers probably thought that there was something strange about that name, but now they think of us as a French media,” he told the World Editors Forum. While his team works closely with the global parent company, he emphasizes that it’s very much an independent media site.

“You have to make HuffPost your own country’s media,” Paul Ackermann, Editor-in-Chief, Le Huffington Post.

Easier said than done. We asked him how he did it:

Q: How much of your content is original vs. curated from international counterparts?
A: We take at most 10 percent of our content from international HuffPost editions. We talk about people and issues in France that probably nobody cares about in the rest of the world. When you work in a global news organisation, you really notice just how country-specific news is. If I see the German HuffPost, maybe only five percent of it interests me. For the rest, I don’t even know who they’re talking about.

Q: What type of content do international editions take from your French edition?
A: Our coverage of, for example, the terrorist attacks in Paris or the refugee crisis is often way too French – hence too specific for international editions. So they may take it but rewrite it. The other editions do their own breaking news because ours goes too fast to translate. At HuffPost, we use translators, but it’s an expensive and slow – on a web scale – process. Translations take at least half a day, so you cannot do breaking news. But when we have a good blog about French Prime Minister Manuel Valls, for example, the international editions take it. In general, the content sharing involves more magazine-style articles.

Q: How do you communicate with other HuffPost teams?
A: Most of our conversation happens on Slack. We have two or three channels – for international videos, news and editors-in-chief – where we discuss what we’re working on. For example, last week we used it to discuss the death of Jacques Chirac. We also meet physically twice a year, often in Europe, which is easier for everyone to attend. This year we will meet in Milan – next month. Arianna will be there to say goodbye, but she won’t join any strategic meetings.

Q: Does Arianna Huffington’s leave have any impact on your operations?
A: It is a big change for the US, but for us, it doesn’t change a lot – for now at least. Maybe they will decide to integrate the global operations more, but her new company is not going to be in any way involved in what we’re doing here.

Q: Besides content sharing, you’re benefiting from HuffPost’s tech -transfer. What has been your experience with that?
A: We all use the same CMS. The US just upgraded theirs, and we’ll introduce it here in October. Since it is the biggest news website in the world, we are really ahead and enjoying the best tech platform without having to do anything for it.

Q: So your team is purely editorial?
A: Yes. We have no marketeers, no tech people, no advertisers. We went from eight journalists at the beginning to 30 today. It is the biggest explosion of a team in France for any media. It’s growing so fast.

Q: Your mobile audience now exceeds your desktop audience. How do you explain these numbers?
A: We doubled our mobile audience since August 2015. It is really booming, and mobile traffic mainly comes from Facebook. When a story on Facebook is huge, mobile overrules desktop in terms of traffic. We are very present on social networks, and they’re even more powerful on mobile – especially when people are not at work – summertime, evenings, or during holidays.

Q: Are you producing mobile-first content?
A: It’s the same. You can watch our video without audio as we use a lot of text, so it is made for mobile and Facebook. Mobile and desktop are the same streams of news with the same timing, so you don’t have to think in mobile or desktop, the headlines will look good on both as it is a 24-hour news stream.

In January this year, the Huffpost in the US abandoned its live streaming strategy and programming to go for more shareable, long-form content. At the same time, Le Huffington Post in France launched their own video platform called “HuffPlay” to boost video content. Anne Sinclair, Le Huffington Post’s editorial director, explained in a video it will be “anything but television-like”.

Q: How would you describe the editorial strategy for “Huffplay”?
A: The idea is to produce stories in the spirit of HuffPost France, but then in web video. Most stories are around two minutes, none are longer than four or five minutes. Content-wise, it’s mainly analysis, smaller stories, and buzz. We edit existing materials, and go out to produce some of our own reports, but that is not the majority of what we produce. One of the video formats called “sérietelling” shows well the Huffpost’s spirit. It explains a serious topic or something that is happening on social media with fun tools, like cartoons and television series.

18 people are talking about this

Q: Is Le Huffington Post profitable?
A: Yes. We depend almost 100 percent on advertising, both native and display. We have some small deals to sell our content to news aggregators like Free (French telecommunications company) and Outbrain (online advertiser), but it’s only a small part of our revenue.

Q: Are you considering new revenue streams?
A: Not now. Our model is really efficient so we don’t ask those questions. I think Huffpost would be the last one to make you pay for content because we don’t pay bloggers, so you also don’t make people pay to read them. Besides that, social networks are at the heart of the Huffpost, and you can’t expect to have an impact on social with articles that have paywalls. We have done some events, but not with the aim to make money from it.