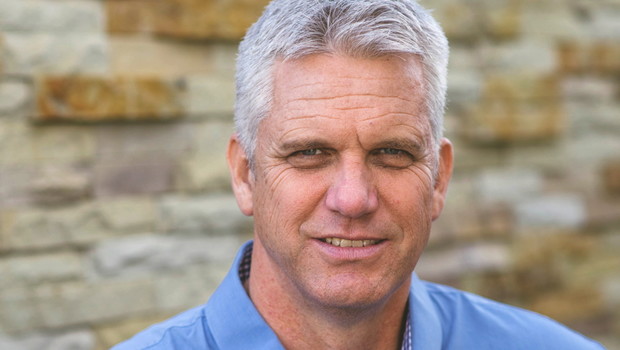 Earlier this year, OAM agreed to a merger with Ringier Africa, but that is still going through an approvals process, which is complicated because of the number of countries involved.

Justin Clarke co-founded One Africa Media, which concentrates on property, jobs and cars, in 2010. In this recent e-mail interview ahead of his presentation at the  Digital Media Africa 2016 conference next week, Clarke discusses the merger, the classifieds markets in Africa, and some of OAM’s developments in the area of mobile.

WAN-IFRA: What are some of the main benefits of One Media Africa’s planned merger with Ringier Africa?

Put simply, a property broker has the benefit of a CRM to manage his brokerage and a focussed advertising platform where real buyers through the property portal get alerts when fresh listings are published – while benefitting from complete exposure to a broader audience via the general classifieds or horizontal platform. Secondly, Ringier brings corporate and organisational structure that we don’t have in OAM, but is necessary for the organisation to scale.

How large are the staffs of Ringier Africa and One Media Africa, and what is the planned job breakdown in terms of developers, IT, designers, etc?

Once the two groups are together we will have over 600 people in 10 countries. Our engineering team sits predominantly in Cape Town, where we have a really exceptional group of around 30 developers maintaining and building on our core architecture.

We believe in growing local skills in key markets and have six engineers looking after the Jobberman platform in Lagos as well as a team in Mauritius and Nairobi.

Ringier Africa will migrate its horizontal platforms from Flamatt in Switzerland over to the core in Cape Town. Marketing will be reorganised into a more centralised structure in an effort to be more efficient, but the bulk of the team will remain in Nairobi.

What is the planned business model for the merged Ringier Africa/OAM?

The traditional advertising model of pay to advertise and freemium (free to list but pay for prominence) still dominates our monetisation plans currently, but we have been listening to consumers and are focussing more on solving local market problems.

In Jobs, for example, an advertiser will not advertise on a jobs portal for a salesperson where jobseekers are long and opportunities are short, so the real problem is matching and validating the applicant – and that is what the advertiser will pay for.

In terms of your customers, what is the percentage of people coming to you through mobile vs desktop, and how do most people find out about OAM?

Our brands are generally clear market leaders in each category, which has come about through patience and a considerable amount of investment. Some of our brands like Brightermonday.com have passed their 10-year birthdays, and in this marketplace business first-mover advantage really matters.

Cheki.com, our car brand, is the largest car marketplace on the continent by inventory, while assets coming from Ringier including ZOOM.com and expatdakar.com are the de-facto markets where Tanzanians and Senegalese people trade their stuff online.

What has your mobile growth been during the past few years, and what are some of your recent major developments in mobile?

Mobile is often not understood across Africa, and you cannot consider this very large continent as one market. In countries like Nigeria there is huge consumption of internet from feature phones, most often running Opera browsers, and users are very aware of data consumption. So forget great design and big images and buttons.

The countries whose economies are smaller and have developed slightly later, e.g., Tanzania and Ghana, have higher mobile engagement on our sites compared to Kenya and Nigeria, which have larger desktop-based populations.

What is exciting is that mobile is fast becoming the primary access device to our sites, and now $20 smartphones are moving behaviour. But most leads or conversions are still coming from desktop users, which generally challenges the hypothesis of most newcomers to the continent.

Who are some of your competitors and what separates your offerings from theirs? Craigslist, for example, is active in about 70 countries worldwide – is it in any of your markets?

Rocket (Africa Internet Group), Naspers, Kinnevic/Saltside, Schibsted and others have failed to monetise or even win significantly in the classified space in Africa.

In the general classifieds space, OLX is the biggest player in Nigeria and Kenya, but on the whole OAM joined with Ringier should be regarded as the all-out leaders in Sub-Sahara outside of South Africa.

We chose the vertical categories in order to build a deep relationship with advertisers, which was expensive but the correct approach, allowing us to demonstrate to advertisers that we are providing value and can extract a fee for it. So although we are far from profitable, we have proven concept and are growing monetisation rapidly.

What are some of your goals for Ringier Africa/OAM this year?

Get through the merger, co-ordinating the synergistic classifieds system where we have horizontal and vertical assets, restructure, and build more capacity across all 10 countries we now operate in.

Getting the flywheel to spin faster as we optimise our service to spin more leads to our core customers is obviously our key focus, but we have some exciting new value add products and services brewing in our skunkworks.