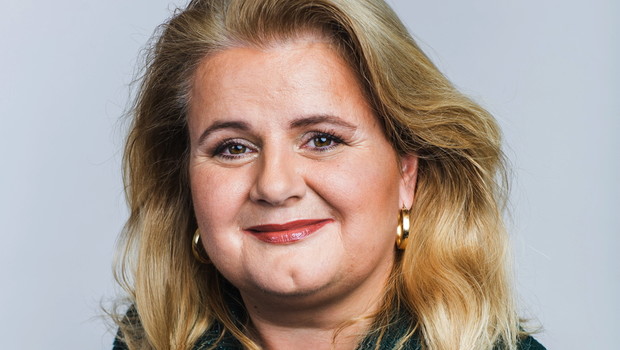 Rauchwarter is the spokeswoman of the APA-group, and since 2004 has led the Marketing and Communication Department. She has been in the organization since 1994 where she joined the editorial department before becoming the head of the Service-News area in the multimedia sector.

In October, Rauchwarter will speak at WAN-IFRA’s Digital Media World conference, which takes place alongside our World Publishing Expo in Vienna. In this recent email interview (which has been translated from German), she discusses the main challenges for newsrooms, where newsroom managers should start in making changes and the current state of newspapers in Austria, which to date have proved more resilient than those in most other countries in Western Europe.

WAN-IFRA: What have you found to be the top three challenges for most newsrooms in mastering media and content in a digital world?

Barbara Rauchwarter: We highlight these:

Platform giants
The newsroom ecosystem has probably undergone more sweeping changes over the past five years than ever before. The future of the European media houses is also influenced decisively by the strategies pursued by global players such as Facebook, Google and Apple.

Facebook users consume social content – and in the same way news content – within a sealed bubble, which effectively extends the reach of the publishing houses, but nevertheless hinders monetisation in the medium term. News publishers must now share control over the timing, accessibility and marketing of content with these social media giants, and that in a market in which there is already a generally limited readiness to pay for digital newspaper content.

Technology boost
We are experiencing unbelievable technology advances, which in turn present newsrooms with new organisational challenges. Whether virtual reality, live video, “intelligent” newsbots, instant messaging or chatbots, the demands to be met by editorial products are essentially dictated by these technologies. New job profiles which are emerging have little in common with classic journalism.

Machines are taking over the tasks of journalists and writing texts which may be just as good or bad as those of a real person, and that has shaken the media branch ever since the subject of robot journalism first entered discussions. For editors, as well as for the readers, however, this development could also bring advantages.

An algorithm can take care of fast news, while the human journalist is in the meantime concerned with categorisation, commenting and analysis. Newsrooms become game-changers if they combine editorial analytics and big data with intelligent technologies and journalistic competence.

Organisation of progress
In this country, a culture of “trial and error” following the American example has still not fully penetrated the mindset of decision-makers – in media start-ups and traditional enterprises alike. Iterative approaches to the exploration of new, digital business fields call for alert flexibility on the part of the media houses. Specifically, that means that products must be developed more quickly – keyword: minimal viable products – and improved continuously on the basis of reader feedback. That produces sustainable business models geared to readers and the advertising industry.

The promotion of entrepreneurial thinking in the editorial environment, collaborative work methods and networking with start-ups could assist the development of those polished digital tools which are necessary to reconcile content creation, media consumption and monetisation in a profitable manner.

Where would you recommend newsroom managers start in trying to help their journalists better understand and address the challenges that they face?

Start-ups develop products by examining the problems faced by others and then searching for a corresponding solution. In the past, newsroom managers have tended to rely on their already knowing what the reader wants. In the editorial arena, too, it is becoming increasingly important to be guided by the wishes of users.

I would recommend every newsroom manager seek dialogue with their readers. In connection with digital products, in particular, concepts and methods such as user-centric design or design thinking, where the focus is placed firmly on the user and feedback can regularly be taken into account in further product development, are well proven.

In all these decisions, data play a key role. The systematic analysis of quantitative data relating to media consumption permits not only strengthening of the engagement with digital news products but also improvement of the workflows within an editorial office.

In general, what’s the state of the newspaper industry in Austria today? In the past, it seemed that Austrian publishers were in better shape than many of the counterparts in the rest of Western Europe, is this still true?

It is still the case that, in international comparisons, many Austrian newspaper publishers have maintained a relatively stable position, despite the many challenges. It is true that circulations are also declining in Austria, but the rate of decline is comparatively slow.

Strongly rooted regional media and innovative products in the areas of mobile use and paid content are holding the publishers on course. Even so, three titles have closed in recent years, and there are thus now only 13 dailies in Austria: The two small regional newspapers “Kärntner Tageszeitung” and “Salzburger Volkszeitung” ceased publication in 2014, and the last issue of the “WirtschaftsBlatt” appeared on 2 September 2016.

The field of video is a current focus, and the numbers of downloads are rocketing, especially among younger users. This format is also very popular with advertisers, and thus permits publishers to generate revenues.

APA is on the one hand one of the largest players in Austria when it comes to video content, but at the same time provides a technical infrastructure for the management, distribution and marketing of videos which is perfectly matched to today’s digital processes and the needs of editorial offices.

In the outline for your presentation, you mention that “future storytelling is based on sophisticated digital tools and collaboration.” Could you explain a bit more about how you mean “collaboration” here?

Now that we have recognised the impracticability of an all-in-one reporter, who films, edits and produces videos, adds soundtrack and then takes care of broadcasting all himself, collaboration has become imperative.

Storytelling is becoming a multimedia process; in other words, an abundance of news and visual impressions is interwoven to create new experiences for the reader. And the underlying infrastructure must both allow and support the transparent integration of input from numerous sources.

In practice, this is achieved, for example, with innovative video programs which provide an instant overview of all available raw material for an editorial video, whether the latest raw clips from an in-house cameraman or archive images, audio files or other content from external databases. With headline news, you cannot wait half a day for a corresponding video – with the APA-IT tool, it can be ready in around 10 minutes.

Another example can be seen in the intuitive interfaces for a real-time overview of world affairs, which integrate not only agency feeds, but also social media, RSS feeds, photo agency channels and other up-to-the-minute data streams. As soon as a news topic is chosen, it can be passed on and processed directly in the internal editorial system.

Tools of this kind show how innovative content, technologies and data must be combined intelligently in the newsroom in order to provide the journalist of today with the best possible support.