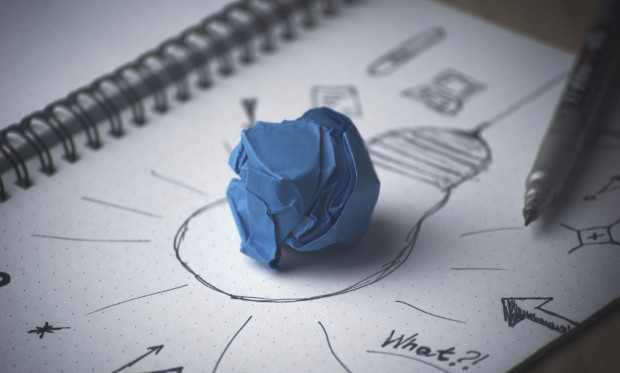 Here’s a look at how “Perspective Daily”, “Der Kontext” and “Deine Korrespondentin” got their businesses off the ground, and what they’ve learned in the process.

Perspective Daily is a Munster-based media startup, which has put the concept of constructive journalism at the core of its editorial mission.

“In short, constructive journalism means adding another question to the traditional questions used in journalism, namely, ‘what now’ or ‘where do we go from here’. You write with the future in mind, you don’t just stop at the description of a problem or an event,” co-founder Maren Urner explained.

As part of a 10-week-long crowdfunding campaign, which ended in February of this year, founders Urner, Han Langeslag, Felix Austen and Bernhard Eickenberg managed to sell 12,000 one-year memberships at €42 each – a nod to the number 42 from the book “A Hitchhiker’s Guide to the Galaxy” – earning them more than €500,000. Since then, membership has grown to 14,000 with five to 10 new members signing up each day.

Urner attributes the successful take-off to a year-long marketing campaign, during which the founders travelled across the country introducing their concept at events, and interacting with potential members. They also garnered support from celebrities like German actress Nora Tschirner and television host and actor Klaas Heuser-Umlauf who helped to spread the word by appearing in the crowdfunding campaign video and promoting the team’s idea in several talk shows.

The idea of constructive journalism has already taken hold outside of Germany but the team behind Perspective Daily wanted to give it a stronger voice within the country. Each day, they publish one in-depth article and try to get a constructive debate going in the members-only comments section. One test article is available to non-members, while the rest of the content is behind a paywall. All of them are written from a constructive point of view.

“It’s about changing people’s mindset, not just about having a ‘constructive journalism category’ while the rest is business as usual,” said Urner.

Although there is a problem-solving aspect to constructive journalism, she’s quick to point out that it’s not about making people feel good about the news.

“Even now it’s often the case that constructive is equated with positive, that it’s about ‘feel good’ or ‘fluffy’ news but that has very little to do with constructive journalism.”

Der Kontext: Important to charge from the start

Launched in May this year, interactive online magazine Der Kontext usually publishes one edition per month aiming to provide in-depth analysis and background information on a topic dominating the news – all behind a paywall.

“Putting content behind a paywall was a difficult decision that we certainly didn’t take lightly. But on the other hand, we said that what we’re offering has a certain value,” said co-founder Julia Köberlein.

Through a crowdfunding campaign that ran from January to February 2016, Köberlein along with co-founders Bernhard Scholz and Erich Seifert, managed to secure Der Kontext’s first members and raise a little over €12,000, which, along with several stipends, was enough to cover the magazine’s first editions.

Instead of merely updating readers on the latest developments, the magazine is designed to allow them to delve deeper into newsworthy events by exploring how they are linked to politics, society and culture. The content, made up of pop-up points revealing articles, videos, audio files, and links to external sources when clicked, can be accessed via an interactive map, which reveals more and more details the closer readers zoom in on it.

Members are asked to vote on a selection of topics, determining which one will be covered next. The first issue of the magazine on the TTIP agreement went live in May, followed by an in-depth analysis of the Syrian war in July and the recently published edition focused on energy transition.

Köberlein came up with the idea while working on her Master’s degree at ZHdK, the Zurich University of the Arts in Switzerland. She found that being exposed to a seemingly never-ending stream of new information had made it much more difficult to actually develop a deep understanding and form an opinion on certain issues.

“In my own experience, I subscribed to several newspapers and read magazines, but I still felt that when someone asked me about my own opinion it was extremely difficult to answer because you don’t know everything. So I asked myself what kind of information do I need in order to understand these complex topics and how can I present them editorially in an interesting way,” Köberlein said.

Since the magazine has only been out for a few months, it’s too early to say how the membership model will play out, and Köberlein declined to reveal where the number of members currently stands. But the founders are already banking on an additional revenue stream by licensing their map concept.

In a bid to expand their reach and promote the magazine, the founders have recently introduced a sneak peak feature, allowing prospective members to try out the functions of the magazine. They’re also working on improving their social media strategy so members can share interview snippets or pop-up points they particularly enjoy with others.

None of this was available to members who signed up at the very beginning.

Still, Köberlein said it was important to not give away content for free, even as a little-known, newly established platform.

“When you ask those who have started out for free it’s a lot more difficult to then make content paid-for. We’ve heard about a lot of sites that started out free and then put their content behind a paywall, and I think big players as well as small ones who have done this have lost many readers,” she said.

“As a user, even when I do understand that it needs to be paid for, it feels weird. Whereas if it’s something I’m being charged for and then the price is lowered, I’m happy.”

There may well be truth in Köberlein’s feeling, as the experience of German journalist Pauline Tillman, founder of digital magazine Deine Korrespondentin, shows.

Inspired by a research trip to Silicon Valley visiting several media startups, Tillmann launched Deine Korrespondentin with the help of female correspondents based across the globe. All articles have women at the centre of the story. Tillmann argues male journalists wouldn’t be able to gain access to the same stories given the societal and cultural constraints often imposed on women in some of the countries where her correspondents are based.

After a successful crowdfunding campaign, the magazine went live, though, unlike the other previously mentioned startups, content was freely accessible. After three months Tillmann introduced a paywall in the hope that readers would be willing to pay for content not readily available elsewhere.

“I was convinced it was time to introduce a paywall, but I found that as long as big media companies like Spiegel Online don’t have a paywall – although interestingly enough they now introduced one with Spiegel Plus – and very high-quality content is freely available online, these kinds of publications don’t stand a chance to successfully implement a paywall,” Tillmann said.

“I did realise in hindsight that as a niche publication you need to build reach first. In a sense, we did it the other way round and that wasn’t the right thing to do. But that’s the way it is: with startups you make mistakes.”

Since readers turned out unwilling to pay for the stories, Tillmann had to come up with an alternative business model. Regional newspapers in Germany, Switzerland, and Austria can buy a story for around €200 to €300. Tillmann can sell each one multiple times as long as she guarantees regional exclusiveness. At the time of writing, between 25 and 30 partners were being offered the stories. According to Tillmann, turning into a content agency for foreign stories on women is more promising in terms of success and generating revenue. As additional revenue streams, Deine Korrespondentin offers webinars and Tillmann speaks at events.

Tillmann has given herself until the end of the year to find out whether it’s worthwhile to continue with the project, and operating as a content agency has come with its own share of difficulties.

“I’ve asked myself why it often takes papers so long to realise that this is high-quality content for which they pay relatively little money. You don’t have to build up your own network of correspondents, you don’t have to pay for travels, you just pay for the text. And I do think it’s in part due to the fact that we often work with men who aren’t very aware of this and don’t see the need to print that kind of work,” she said.

“If we collaborate with women who are head of foreign news or editors, they are a lot more open because they know that these types of stories are successful with women. And a magazine would do well to serve this type of audience.”