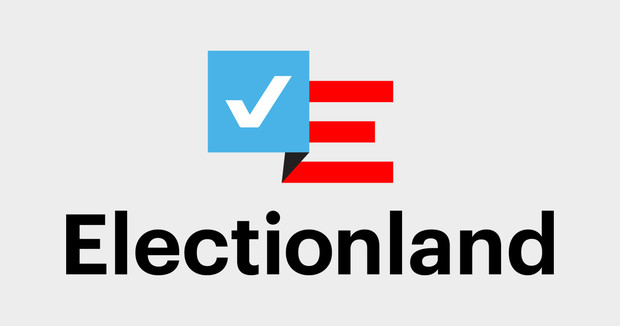 Through a partnership with six national organizations (Google News Lab, public radio station WNYC, CUNY Graduate School of Journalism, First Draft, Univision, and USA Today Network), the Electionland project verifies information on problems at the polls and pushes it out to appropriate local news partners. Though most American voters won’t go to the polls until November, Electionland began tracking issues this week.

Data comes from Twitter, Facebook, Google Search Trends, as well as phone call records from the Election Protection hotline, a project by the Lawyers’ Committee for Civil Rights Under Law. More than 300 reporters have signed up to receive intel, and citizens can also sign up to cue Electionland into their experiences at the poll. ProPublica also launched Election Databot, a tool through which reporters can receive updates or search a database of campaign finance filings, vote activity, new polls, and other important details concerning candidates for federal office.

Over the weekend, people from First Draft, one of Electionland’s partner organizations, began training professors over the weekend. These professors will subsequently train student journalists to work in the “pop-up” newsroom on Election Day at CUNY Graduate School of Journalism. Students will use Meedan’s Check platform with guidance of editors and reporters.

Lead developer of Electionland, Derek Willis, explained to the World Editors Forum that this project flips traditional Election Day coverage on its axis by illuminating issues that affect voters rather than focusing on results and subsequent analysis.

“In a lot of newsrooms [Election Day] is an exercise in patience until the results start coming in,” Willis said, “so, we wanted to try and do something that was a little different.”

The amount of data and social media resources these days make this project possible and the current legal climate makes it well-timed. Since the 2012 election, court decisions have added “complexity and confusion in the voting process,” as Willis said. A 2013 Supreme Court decision amended the Voting Rights Act struck down the mandate for states with a history of discrimination to seek permission before changing election laws.

This legal change has been an anchor for the project because they want reporters to inform society of how new laws may affect voters in real-time, rather than having voters finding out through analysis released days later.

“It is important to us to get this coverage out on Election Day when issues can be addressed,” Willis said. “There is an aspect of this that can be called solution-oriented journalism, but it’s also about how to best protect this duty in our democracy, which is the right to vote.”

Local newsrooms provide the best coverage on issues on Election Day because elections, even for the president, are decentralized in the United States– regulations can vary on the state and county level. Willis believes local newsrooms prioritize election results because that’s what their resources merit.

“There’s plenty of people who do election results really well – we [Electionland] don’t need to be a place to do that,” Willis said.  “We can add some resources and some effort on the voting aspect of Election Day.”

In this period before Election Day on November 8, Willis wants to highlight Electionland’s findings to reporters and the public. He recently published the types of problems on his team’s radar such as staffing issues and long lines.

Voting is underway & here are some of the things @electionland will be looking for this fall: https://www.propublica.org/article/voting-has-started-and-electionland-is-on-the-case … 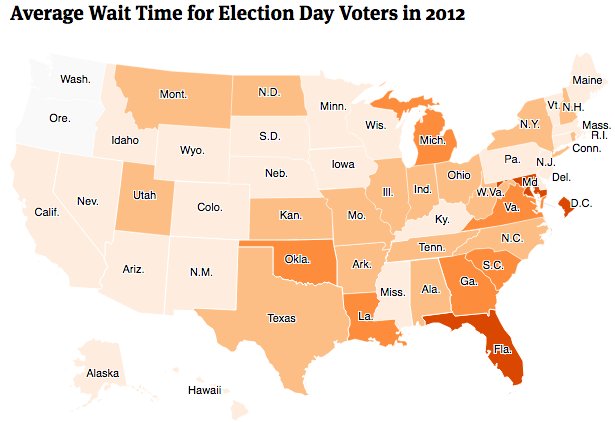 Electionland’s mission is set in stone, but the workflow is still being put in motion.

“We will be building this up in stages,” Willis said, explaining that as the weeks go by, Electionland will explain more of the kinds of things they’ll be looking to accomplish.

Early voting will be Electionland’s dress rehearsal for Election Day. With fewer voters heading to the polls early, Electionland will be able to test its process of verifying and distributing information before the big day.

As for its partner organizations, Willis spoke freely about the what they’ve yet to map out. Electionland is still working out how it will communicate with its partners and if everyone will have the same level of access to everything. Whatever the method, Willis hopes to make that relationship between the newsroom partners will be as reciprocal as possible.

“Right now it looks flexible and fluid, but we’re going to need to have things nailed down before Election Day,” he said.

The very nature of elections, particularly this year’s, can be uncertain with unique challenges and obstacles. This is why Willis is embracing his role of navigating his team through this uncharted media space.

“Every election I’ve been involved with as a journalist has had interesting and unusual quirks to it,” he said.  “I think we would be naive to think we know how it will turn out on Election Day.

“It’s a pretty grand experiment, and it’s something we can continue if it goes well.”