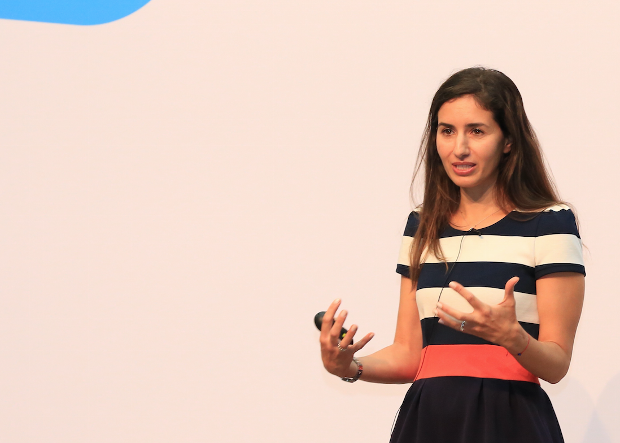 “For video, the most important platform is still YouTube, not Facebook,” Esra Doğramacı, digital consultant at BBC World Service (pictured)

Breaking news is about the story not the quality

Part of Bonnier group with around 8,000 employees in 16 countries, Expressen launched as a newspaper in 1944. It has now attained a total daily reach of 2.1 million, and Expressen TV has grown into the largest department of the media house.

“People don’t care about the quality,” Levy said. “They just want to know what’s going on and we want to be the first source for everyone when it’s about breaking news.”

At Expressen TV, it’s all about the story, Levy explained, adding that viewers don’t care about a shaky video shot on a mobile phone as long as it quickly updates them on breaking news events. The breaking news strategy of the department, she said, is to go live within 180 seconds.

This was put to the test, for example, when crazed gunmen and suicide bombers killed 130 people in the 2015 Paris terror attack. Expressen TV’s staff covered the happenings in real-time and produced 60 hours of TV in total.

To keep video production costs down, Expressen TV staff rely on mobile phones and selfie sticks instead of expensive camera equipment when shooting. According to Levy, the TV department is aiming to become Sweden’s number one source for breaking news.

Aside from focusing on breaking news, Expressen TV is also aiming to produce 100 video clips per day to go with its 100 top stories, according to Levy. As part of the strategy to reach this huge target, staff was expanded from 20 to 60, with reporters, anchors, and live editors being added to the team between June and September 2015. Additionally, the company invested in two new studios with virtual studio sets, using the same graphic system as players like CNN and Sky News. Levy said the move was necessary to cope with the massive market shift.

Expressen TV is also distancing itself from the image of a traditional broadcaster. “We are a big data-driven organisation,” Levy said, adding that 260 screens put up inside the company give insight into viewer behaviour.

10 tips for working with digital and videos

“For video, the most important platform is still YouTube, not Facebook,” Esra Doğramacı, digital consultant at BBC World Service reminded the audience at Tuesday’s session.

Video has seen massive growth over the past couple of years, and it is expected to keep growing. She quoted a Cisco report that stated video is predicted to be 80 percent of all traffic in 2019, up from 64 percent in 2014.

Doğramacı then offered a list of 10 tips for working with digital and making videos to distribute on social media platforms.

Responding to the idea of publishing dozens of videos a day, Doğramacı said: “Stop making 100 videos a day – nobody is going to watch that much, and you’re probably killing your team. I would massively reduce it and then get to know your numbers really well.”

“When you visit Expressen, the big national titles in Scandinavia, they have specialised journalists and know the tools in that box,” he said. “But when it comes to local media groups or the free weekly media group that I’ve been with there’s a long way to go still.”

Drawing from his experience at JP/Politikens Hus, a Danish publisher with the largest portfolio of free local weeklies in Scandinavia, he shared the results he gained from a “trial and error approach” to video.

Inspired by user-generated content platforms like guardianwitness, Damborg and his team launched a website where users could upload video content through a simple and easy-to-use interface. User-generated content wasn’t enough to finance the costs of the external vendor, but Damborg noticed journalists were uploading more and more videos.

“We discovered that we have more than 100 journalists scattered around Denmark, and the amount of content they produced to the video platform was nearly doubled due to this process,” Damborg said.

The project failed to achieve the desired return of investment results and was closed down after six months. Still, he said they learned a lot from the experience.

For one thing, Damborg said finding a successful monetisation strategy for user-generated content could be difficult in smaller regional markets.

“Maybe you can do it if you’re a global brand but if you’re a local newspaper brand it takes much more money and much more effort than what you can get back from advertising,” he said.

Adblockers moving into video also interferes with monetising content, as does the fact that 85% of Facebook users watch videos played on the platform without sound.

“It’s very difficult to sell the pre-roll to the advertiser when there’s no sound on,” Damborg said. His advice is to integrate video production in the normal workflow so content can be created at no extra cost. Videos should be viewed as an enrichment to articles not necessarily as a stand-alone product, and the same journalistic standards apply.

“Video must focus on actuality, relevance and speed instead of high end production facilities,” he said.

By Simone Flueckiger and Brian Veseling