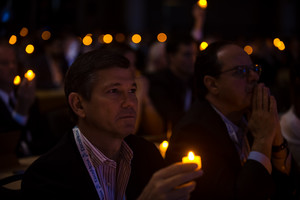 New reports from CPJ and UNESCO reveal a stalemate in the statistics related to the number of unsolved murders of journalists worldwide.  While the killings continue and historic cases go unresolved, it is a continued lack of will from key governments – whose ultimate responsibility it is to provide a safe and secure environment for journalists – that remains the biggest roadblock to justice.

And despite an improvement in countries responding to the UN’s data requests, the reality is that the last 12 months have been as deadly as ever for journalists.

A culture of impunity leads to greater danger and a higher level of threat for journalists worldwide. If those who attack or kill journalists do so without the fear of repercussion, punishment, or justice being served, then it is society that is weakened overall. Citizens’ ability to make informed decisions on important issues related to their lives rests on an uninhibited, free press doing its job of holding the powerful to account.

Anything short of this should be unacceptable for those committed to democracy, human rights and the rule of law.

Anything short of this also means that there is still work to be done.

WAN-IFRA continues to support the call for the creation of a Special Representative for the Safety of Journalists at the United Nations Secretary General’s office in New York. Visit our campaign page at www.ProtectOurJournalists.org to find out more, and if you haven’t already done so, join us by adding your voice to the call. The creation of the role can only help when it comes to compelling states to act, following up on individual cases, and keeping the attention focused on safety and issues of impunity.

But this is not the only solution to the scourge that is impunity.

Better access to safety training, safety protocols and risk management are essential – for journalists in the field and those back in the newsroom. A culture of safety should be instilled at every level of the news business. Protection mechanisms exist and should be strengthened wherever possible. No journalist should be without the necessary equipment to keep them alive due to lack of funds or lack of provision. All of this and more is currently being done so that the industry can hold up its hands and say, “We’ve done everything we possibly can do to keep our people safe.”

The momentum then swings back to those with the power to make real change – the governments and decision-makers who can insist that justice serves its purpose and that the rule of law prevails.

While journalists are the tragic victims of this state of impunity, it is freedom of expression that is the ultimate target. Silencing a journalist, in any form, is an attempt to silence democracy. Therefore, a noisy, vociferous and free press remains our best defence.

Read CPJ’s Global Impunity Index and our analysis of the content here. The UNESCO Director General’s 2016 Report on the Safety of Journalists and the Danger of Impunity

will be officially presented on 17th November. Visit the ‘My Killers Are Still Free’ campaign site for more information and read our blog post here.