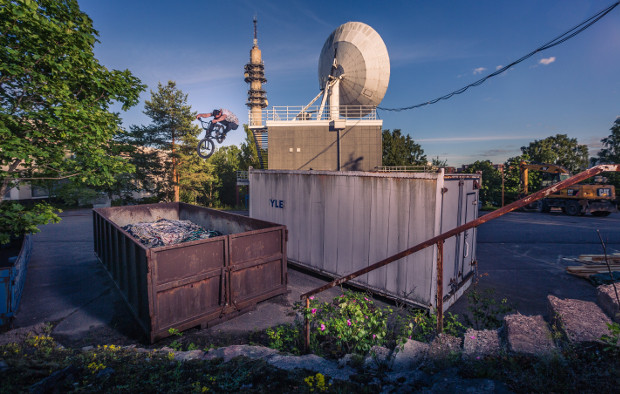 A consumer-centric approach to collecting data

We read the news on our tablet over breakfast, scroll through the Facebook smartphone app on our way to work, and check our emails on a laptop once we’re there… Clearly, the days in which we would access content on just one device and channel are long gone.

This is why media measurement company Verto Analytics has opted for a consumer-centric approach to track user behaviour, and collects data across devices, apps, sites and platforms.

“Our main purpose and our main mission is to be able to track and quantify how people spend time on different types of media channels ranging from mobile, to virtual reality, to desktop computers and internet to TV,” said founder and CEO Hannu Verkasalo.

The company, which has a “strong startup mentality”, builds and operates representative consumer panels to quantify and track users in multiple markets. After opting into the panel, users install on-device meter apps on all their devices, which anonymously collect information on consumer behaviour.

“For you to really be able to serve the customers with the right products and the right kind of ways to engage with the content, you have to be able to understand the consumer, and the evolution of consumer behaviour in a more sophisticated way,” Verkasalo said.

For instance, one of Verto Analytics’ clients, an entertainment company focused in gaming, wanted to identify its most and least loyal users and where they were being lost to competitors. Verto Analytics then identified the product areas where the client faced the highest potential churn, enabling them to adjust their R&D focus areas and marketing message accordingly.

As a result, Verto claimed the client succeeded in reducing churn by 40 percent, while increasing its user base in the US by 3.5 million per month.

In business since 2013, Verto Analytics says it is serving several Fortune 500 corporations, including Yahoo, Microsoft, and Zynga, and has been doubling its revenue over the past years. The roughly 100 employees are based in Helsinki, New York, San Francisco and London, and as well as in Berlin and Frankfurt on a smaller scale.

Verkasalo says that so far US-centric companies have expressed more interest in the company’s solutions but he’s hoping Media Honeypot will give European companies a push.

“One of the key reasons we want to be in the Media Honeypot conference will be to activate and stimulate the discussion in Europe regarding this kind of products and what’s needed in the EU and Europe to make people competitive against the likes of Facebook or Google for example,” he said.

Norwegian startup VIO might best be described as a kind of Netflix for magazine journalism. Through a monthly subscription for 99 Kroner (roughly €11), users gain unlimited access to content from almost fifty partner publications.

The idea of an ad-free platform with a user-friendly interface that hosts quality content in one place came about three years ago.

“We realised that there’s so much good journalism that’s not being consumed by enough people. It’s content that is very relevant for many, but it’s just not in the right distribution channels,” said CEO and founder Agnes Dyvik.

Given that the company only launched commercially in October 2016, she says it’s too early to go into detail about user numbers, but remains confident the Norwegian market was the right choice for such an endeavour.

“The numbers look great, they’re increasing, we haven’t done any marketing yet and we have a lot of organic growth in users, and a lot of paying users already,” she said.

“Our market research and our results so far show that the willingness to pay is very high when you make it easy to access and pay for the content, and personalise it. And a lot of people are willing to pay to just not have advertising anymore.”

So what does the deal look like for VIO’s partners out of which 60 percent only have their content distributed in print, and 40 percent in print and online but behind a paywall?

“First of all, publications get extra exposure because we target the type of readers that don’t necessarily have a relationship to magazines. But they have a lot of interest, and want to have an app where they just get a lot of articles from different types of publications,” Dyvik said.

Secondly, income from the subscription fees is divided out to partners based on engagement time with their content.

“We might want to make it even more dynamic in the future but for now it’s based on reading time versus total reading time,” Dyvik said.

So far, the majority of content is in Norwegian but Dyvik and her team of seven are reaching out to international publications as well.

“All Norwegians can read content in English, and many also German and French as well as, of course, Swedish and Danish. They will get an opportunity to distribute their content to the Norwegian market, that has a high willingness to pay,” Dyvik said.

Once enough international partners are on board, the platform, which is currently only available in Norwegian, will be translated into English.

As for publications interested in partnering with VIO, Dyvik says they should just give it a go.

“They have nothing to lose by trying out our platform. There’s no resources required from them, they can deliver the content to us in any form they want, and we will give data back so they can see how their content performs on our platform,” she said, adding that input from partners regarding VIO is encouraged since the company is still in its infancy.

Taking video analysis up a notch

The 10-person startup, which is the culmination of years of research at the University of Oulou in Northern Finland, is focusing on developing AI-powered video technology and solutions for media companies.

“It sees and recognises things from the video feed and then generates metadata automatically, which in turn enables media companies to automate metadata and tagging for example. Additionally, it’s very interesting to the advertising industry as ads within video can be targeted more accurately.”

Through deep learning, pattern recognition, natural language processing and information retrieval techniques, the company says its video analysis API for automated metadata, Valossa AI, can offer a comprehensive interpretation of what is happening in a video.

“By combining different information sources in one analysis, you can just have one API and get all the information that you need. You don’t have to develop algorithms or other systems to combine information from multiple APIs,” Kasurinen said.

“Our technology can give a deeper understanding about what’s interesting in a video and lets companies’ customers know more about the video, allowing them to adjust content offerings based on that. And if you go even further than that, you can also offer better discovery and recommendation experiences when you understand the content of videos on a deeper level.”

The beta version for Valossa AI, which launched in October 2016, is currently being tested by broadcasters, film studios, advertisers and digital agencies using a lot of video content.

Monetisation plans include a SaaS (Software as a Service) model to monetise the API, as well as licensing options for software and bigger projects that need more customisation or on-premise installations.

Valossa also created a website hosting a descriptive movie search engine for which more than 130,000 films were analysed, showcasing its discovery technology.