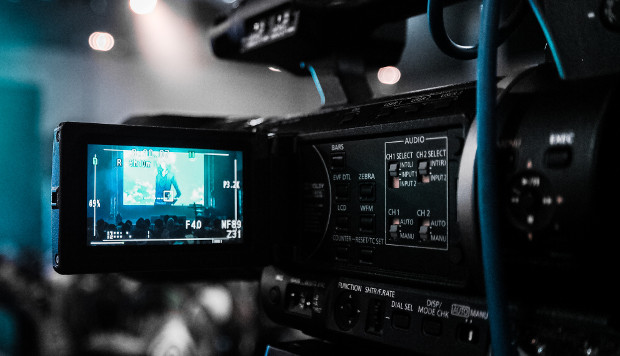 Naturally, user consumption and demand play a prominent role in the video craze, but the ever-shifting nature of technology and social platforms plays an increasingly equal role in publishers’ strategies.

Created in 2014, Norway’s VGTV is the independent video division of VG (Verdens Gang), the country’s most read online newspaper. The core focus of VGTV’s strategy is news video, although its roughly 70 staff members also produce actuality-driven entertainment programs and documentaries.

“For a brand like VG, it’s definitely all about news, breaking news. That is the most important part of VGTV. People in Norway are very interested in breaking news,” says VGTV CEO and editor Helje Solberg.

VGTV records about 25 million started video streams per month, after pre-roll advertisements, with live video often performing better than articles – as was the case during the US election day when more people followed VGTV’s coverage than read the most-read article on the VG website.

In the first quarter of 2017, VGTV grew its audience by 29 percent compared to the year before, accounting for 420,000 daily unique users, writes Ken Doctor. It also surpassed VG’s seven-day print product in terms of monthly revenue, and pulled in about $10 million in total revenue in 2016.

While breaking news is a major part of VGTV’s strategy, they’ve also found short-form “snackable” video content to be hugely popular. Two years ago, this type of content was around three minutes long, but, in line with changing consumption habits, VGTV is now telling stories in less than a minute.

“What has worked for us is you have to start with something compelling. People have a short attention span, so you have just a few seconds to catch people’s attention,” says Solberg.

“Usually context is important, but that might not be the most compelling thing in a story, so don’t start with the context. No teasing. Nobody will share a video if they feel cheated. It needs to be relevant but compelling, even though the sound is off.”

As the importance of social networks as a source of news continues to grow, more and more media companies, from broadcasters to print organisations, are embracing the idea of creating short-form video specifically for respective platforms.

KIT, a Swedish digital company backed by the Bonnier Group, was created in 2015 with precisely this premise in mind – that content consumption is increasingly shifting to distributed social platforms.

“Since we had no history in video when we started, we could be fully adaptive to the key aspects that make socially distributed video different from other forms of video,” said CEO and co-founder Peder Bonnier.

“Our videos have to start automatically – and the messaging during the first second is crucial. You have to tell your stories with text, illustrations, and images.”

According to Bonnier, 95 percent of all of KIT’s video views happen with the sound off, making the use of attention-grabbing imagery and text all the more important.

Lastly, with a lot of video consumption taking place on mobile, KIT sticks to an aspect ratio of either 1:1 or vertical 9:16.

“Historically, most video is shot in 16:9. But no one turns their phone to watch videos on social media,” Bonnier said.

By now, KIT is working with 17 different video formats, ranging from breaking news, to explainers and tutorials. Understanding why certain stories perform well, and using these insights to improve on other stories is core to the online news publisher’s strategy.

“We have since analysed every single video published from a dramaturgical perspective to learn a best practice to maximise retention in every format,” he said.

Given that digital-born outlets or print publications are often new to video and have to build their skills from scratch, broadcasters should be in the best position to master the challenges that come with the move to online video, write the authors of the Reuters video report. However, many are struggling to adapt to the new grammar of digital online video.

In the case of Univision Noticias, part of broadcaster Univision serving the Latin American community in the United States, undergoing a process of digital transformation helped shape and improve its approach to online video.

As part of these efforts, Univision Noticias identified different approaches to online video, around breaking news, social video, and TV content, developed new formats, like interactive video or animations, and implemented a social distribution strategy that still succeeded in bringing users back to Univision Noticias’ own platform.

For this year, one of the top priorities of the digital division is to develop a live stream strategy that aligns with Univision’s approach of “empowering and informing” the community, said Selymar Colón, managing editor and senior director for digital.

As part of its live video efforts, Univision Noticias launched a 30-minute live newscast, Edición Digital, which is broadcast simultaneously on TV, Facebook, Youtube, Periscope and its website.

“The big thing is that it’s multi-platform, which means that we’re actually producing a 30-minute show because in digital there’s no commercial break,” Colón said.

“The dynamic is also different because the news anchors aren’t in a big news set, they’re in the middle of the newsroom. It gives you the sense that you’re in the middle of what’s happening. They’re engaging constantly with the audience that’s reacting to their show on social.”

Compared to other newscasts, Edición Digital has a lot more graphic elements, and to engage viewers throughout the 30-minute run of the show, a community editor interacts with the audience, by, for example, sharing additional content about the stories that are covered.

Creating live video around a presenter that engages with the audience is one of the major trends in live video, Colón said. The other approach, which has also played out well for Univision Noticias, is live streaming an action to the audience without the involvement of a person.

“We’ve had success with live streaming the Statue of Liberty with a webcam. Within three hours, we had over a thousand shares, and a million views. But we engaged with the audience, and it was interesting to see the comments of the audience because a lot of them were saying ‘oh, I remember when I visited New York’ or ‘What a beautiful place’, and it became like an escape for people,” she said.

“It is very interesting to see how strong a live stream can be when you’re showing an action or a view to the audience. On protests, on marches, the audience often doesn’t want to see a talking head, they want to see what is happening.”

With some of its live videos on Facebook, such as the stream of Donald Trump’s inauguration day, Univision Noticias also bucked the trend of people watching live videos on social media with the sound off.

Croatia’s 24sata, the country’s leading media company, is no stranger to experimenting with video. After several failed attempts at launching a TV channel, the organisation decided to focus on online video instead, launching a channel covering news and human interest stories as well as a Youtube channel featuring the country’s most popular Youtubers.

“We saw that we increased the reach of our Facebook pages by 30 percent just by doing videos and live streams,” said head of video Matej Lončarić.

“What we now want to teach our users – because many of them are primarily using Facebook to access the news – is that we are the first stop for breaking stories, that we’ll be live when something happens and that they’ll find all the information they need on our channels.”

Currently, 24sata, which has been liked more than 1.2 million times on Facebook, aims to produce at least five live videos per day for the platform.

To be able to achieve this with existing resources, 24sata’s journalists received five rounds of training to learn how to produce live video, record audio, and present and tell a story in front of the camera.

“When you do news for print, you first gather all the information and then you write your story,” said head of video Matej Lončarić.

“Facebook Live is different because you need to describe to the viewers what you’re seeing, and put it in some perspective. So we had to teach our news journalists how to do that.”

The journalists use iPhones and microphones to record live video as well as Osmo stabilisers to steady the shot.

The training sessions are ongoing, with ten journalists selected each month to analyse and discuss past live streams.

While it wasn’t easy to convince journalists of the Facebook Live efforts, Lončarić says it is now paying off for them.

“At first, they weren’t very excited about it because it was yet another assignment. But it has allowed them to create their own personal brand, people trust them more, and their news stories reach more people because of Facebook Live. It’s also a real help for print and the web because users send in tips for news stories via Facebook Messenger,” he said.

“We told journalists that Facebook Live was important, but they got more out of it than we expected in the beginning.”

The reporters use Facebook Live for a wide variety of stories, such as a daily news talk, which is recorded in the studio and focuses on different topics such as lifestyle, sports, celebrities, or politics; breaking news, and important events, which they also increasingly cover in 360-degree live video.

For major stories, 24sata takes an approach they refer to as “mega-cover”, a combination of print, online, and Facebook Live.

“This allows us to cover a story from every aspect, and it helps bring to light different angles,” Lončarić said.

Despite the continuing investments in video, one big challenge that remains is monetisation, according to the Reuters report, with on-site monetisation focusing on pre-roll ads despite widespread acknowledgement they make for a poor user experience.

For VGTV’s Solberg, video ads are just as much part of a good user experience as the actual video telling the story.

In a bid to address this, VGTV made use of its own in-house expertise, and moved two of its video journalists to the commercial team to help make more user-friendly ads, which, in part, means shorter pre-rolls.

Among its audience, VGTV tested two versions of the same pre-roll advertisement, one 15-seconds long, and the other 8-seconds long. Solberg said users liked the shorter version, with the understanding of the message nearly doubling compared to the longer pre-roll.

“The commercial products need to focus much more on storytelling on digital platforms, especially on mobile.”