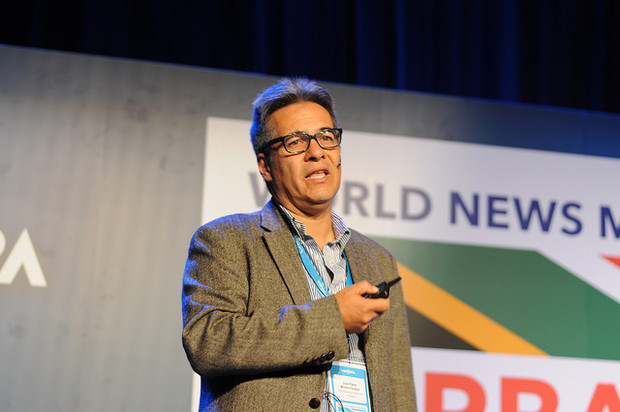 And this data-based democracy, said Juan Pablo Moreno Suárez, Director of Strategy at Colombia-based El Tiempo, was what would push media companies ahead of their competitors.

Suárez was speaking at the session on Small and Midsized Business annual meeting at the 69th WAN-IFRA World News Media Congress and 24th World Editors Forum, which began in Durban on Wednesday.

He is responsible for the areas of planning, innovation and big data of the company.

The basic idea behind big data, said the session’s organisers, was that everything left a digital trace, which companies could track, use and analyse.

Suarez said data was like a Rubik’s Cube in that it had many facets.

The problem, he said, stemmed from the different kinds of data in a company existing disparately, and without synergy.

Data, he said, could be used to pick up and predict trends.

Getting to know behaviour of users

This sentiment was shared by Matias de la Barra of Spain’s Editorial Prensa Iberica, who said that this was what prompted his company to set themselves the goal of getting to know the behaviour of their users.

“By tracking user data in all our mastheads and channels, we are able to customise contents for each user which leads to a distinct experience.”

In the future, he said, they would be using neuro-scientific methods to establish patterns to re-design the structure of our sites and content according to right- or left-handed people.

Principal consultant at WAN-IFRA Kalle Jungkvist – who was one of the key designers of the strategy and success of publication Aftonbladet’s digital business development – said that one way to capitalise on shared data was for larger publications to partner with smaller local publications to reach their target audience.

“An in-depth analysis of local user behaviour with the aim to maximise relevance, user experience, personalisation while giving added value in everyday life is what’s needed.”

South Africa – like other developing countries, which were also largely unequal, he told The Mercury – had a bit more time to learn and experiment and even emulate strategies from other countries.

“The big problem is that many people do not have internet access or this kind of access is very expensive and out of reach. In this case, accessing and using big data becomes very difficult.”

Report by Kamcilla Pillay, part of our Congress editorial coverage team from The Mercury.