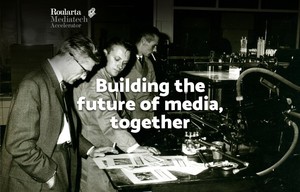 Roularta Media Group is a Belgian multimedia group that is the market leader in the field of radio and television, various types of magazines in Dutch and French, and local media in Flanders. RMG employs more than 2,000 people and generates combined revenues of 500 million euros.

In September 2016, they launched the Roularta Mediatech Accelerator out of the belief that organisations have to collaborate with each other to make innovation happen:

“We were standing on the sideline and we saw startups were coming into the market and they have problems to work together with the traditional media organisations,” explains Erwin Danis, Director premedia. “And so we wanted to see how traditional media companies, also our own company, could join forces with innovative startups to reshape the future of the media.”

This is one of the cases collected as part of the ongoing Media Innovation Mapping project, a collaboration between WAN-IFRA’s Global Alliance for Media Innovation and the Media Innovation Studio at UCLan. Read about the 30+ Media Labs we talked to so far or contact us to share your story.