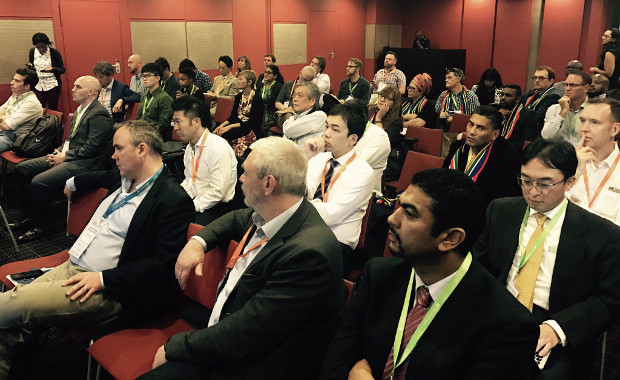 This was the major theme that emerged during a roundtable discussion on Sports News and Media Innovation, which took place during WAN-IFRA’s World News Media Congress in Durban, South Africa, on Wednesday.

The panel included Nicolas Henchoz, director of EPFL+ECAL Lab in Switzerland, Jermaine Craig, group executive for sport and motoring at Independent Media, Rolf Dyrnes Svendsen, chairman of the advisory board of the Global Allied Media Innovation, Cormac Bourke, editor of the Sunday Independent in Ireland, and Professor Andrew Perkis of the Norwegian University of Science and Technology.

In a world where newspaper circulation is continuing to drop and readers are increasingly relying on social media platforms for news, Henchoz said there were opportunities for traditional media to partner with sporting organisations such as the International Olympic Committee (IOC) to innovate and retain their audiences whilst still generating revenue.

For an example, he said that YouTube’s income was ten times that of the IOC.

Jermaine Craig, group executive for sport and motoring at Independent Media, agreed and pointed to several initiatives undertaken by Independent Media in recent months in partnering with big sports brands in an innovative way.

One example was Independent Media using its Zulu language newspaper, Isolezwe, as well as the group’s English titles to form a partnership with the Kaizer Chiefs Football Club, which allowed them to engage with the club’s 10 million fans.

“We made over 1 million Rand in sponsorship with Kaizer Chiefs,” he said.

Craig said that Independent Media had a strong regional dominance in South Africa with its newspaper titles spread across the country, which enabled it to create unique native content for specific audiences.

He said that sport remains a major part of any media organisation’s audience and the value proposition and the emotional connection of readers with sport remained strong.

“The consumption of sports news has evolved as sports lovers increasingly use new technology to keep up to date, with mobile particularly important. Sports fans value trusted media environments for their sporting information and sport is a great environment for targeted advertising looking for loyal and engaged audiences,” Craig said.

Cormac Bourke, editor of the Sunday Independent in Ireland, the biggest selling newspaper in the country, said that credibility and trust were important.

“It’s about the audience and about engagement. There is still a lot of revenue in print,” he said.

Bourke said he would like to see the big social media giants contributing costs to journalism within the next five years, “instead of them just stealing from us”.

“There is pressure on our budgets and social media giants must contribute towards journalism because if they don’t there is a threat that it (quality journalism) would be gone,” he said.