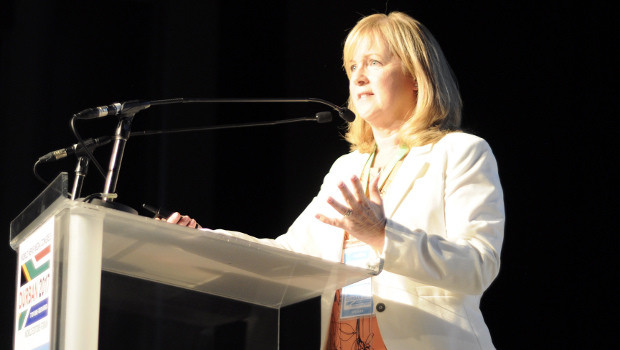 “We believe your social media teams might be a secret weapon in the fight against disinformation,” said Jane Elizabeth, Senior Manager for the American Press Institute‘s Accountability Journalism Program, at the World Editors Forum session titled “Editors: fighting back”, which took place as part of WAN-IFRA’s World News Media Congress in Durban, South Africa, last week.

After the US election, which was marked by the circulation of false information online, the American Press Institute invited political journalists, fact-checking researchers and academics to a meeting in Washington D.C. in January this year to analyse what went wrong, and discuss how the 2020 election should be handled.

The journalists explained that they often fact-checked the same claims multiple times, but people kept repeating the false information on social media.

“And that’s the problem,” Elizabeth said. “The reporters, especially those with major fact-checking organisations, were mainly writing stories for newspapers and online. And then they would just drop the stories and walk away. They were trying to correct misinformation on a platform that really wasn’t involved in that fight; they were not involved in that on social media.”

As a result, she and the API are now looking at how newsrooms can encourage their social media teams to fight rumours and hoaxes on the platforms where they originate, and better involve them in the general workings of the newsroom. A report on the findings is set to be published later this year.

“What if your social media team had a real strategy against misinformation?” she said.

So far, the API has surveyed 15 newsrooms – spanning a wide variety of organisations – to find out what the respective social media team’s responsibilities are, what its goal is, what qualifications the team members have, and what they do when they encounter misinformation.

Social media teams can do more than ‘posting links’

About half of the respondents said that they come across misinformation on the platforms they are monitoring several times a day, and two thirds said they only rarely or sometimes do something about it, Elizabeth explained.

They listed posting stories, photos, and videos on social media, tracking metrics, and searching social media for story ideas and stories that they may have missed as their most frequent activities.

“But what if they stopped doing some of the things they’re doing on platforms that no one is using anymore, and really looked at the return of investment on time they are making? What if they had the same qualifications as other journalists in the newsrooms, and were being led by experienced social media managers?”

For news organisations to be better equipped to deal with misinformation, they need a real strategy that aligns with their mission, as well as improve collaboration between the social media teams and the rest of the newsroom, Elizabeth explained.

“We need to bring social media team members into the fold and make them feel that they’re part of the journalism,” she said.

And lastly, when hiring social media team members she advised to insist on the same qualifications all other journalists need to have.