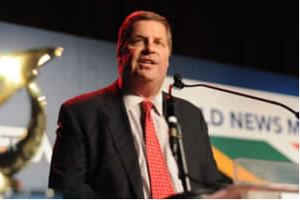 “Of late, Turkey has rarely been out of the headlines, thanks largely to a geopolitical position that sees it forced into the role of bridge between east and west – literally in terms of geography, but also very much in terms of ideas.

Its position is fraught with contradiction as the country seeks to strengthen ties with Europe, yet simultaneously assert its authority as the regional power. This dichotomy has provided context for much of the narrative regarding the fight against global terrorism, the refugee crisis, the role of the secular state, inter-faith dialogue and multiculturalism.

Yet the headlines also serve to conceal some of the most blatant human rights violations and suspensions of civil liberties we have seen in recent years, particularly worrying in a country whose democratic aspirations are so often courted by European politicians, desperate to shore up the relationship, seemingly at any cost. The silence from some of these institutions as to the unfolding situation, the lack of denouncement, and the unwillingness to act on behalf of human rights defenders and free media proponents is immensely regrettable.

The increasingly authoritarian, some say martial rule of President Recep Tayyip Erdoğan has been dramatically boosted following the failed coup attempt of July 2016 and the subsequent referendum that granted him even more control over the apparatus of state.

In reality, political and economic oppression was already hammering the media prior to these recent events. Conspiracy theorists and corporatist relations have been long-strangling a once vociferous, openly critical, defiantly independent press.

Some 30 journalists were reportedly in jail before 2016, many facing anti-state charges simply for their work covering outlawed Kurdish and leftist groups and reporting on Turkey’s border issues, notably with Syria.

Yet the coup gave a green light to Erdoğan and his supporters to turn the final screws against a free press, providing the ideal opportunity to arrest opponents critical of the President’s political agenda. As a result, the Turkish government has aggressively used the penal code, criminal defamation legislation, and the country’s anti-terrorism laws to punish critical reporting, while journalists have faced growing violence, harassment, and intimidation from both state and non-state actors.

As a result, today, reports suggest there are up to 150 journalists in jail in Turkey.

Prior to the coup, the government would forcibly install its supporters in newsrooms, boardrooms and in the editor’s chairs of formerly proudly independent media houses; today, some 150 media outlets have instead been closed down.

Over two-and-a-half thousand journalists are out of work.

Our 2017 Golden Pen of Freedom laureate, Can Dündar, is a first-hand witness to all of this.

Can has been a journalist for nearly 40 years, working across magazines, daily newspapers, and television. He has been a parliamentary correspondent, a reporter, editor, and even a TV news anchorman. He knows the Turkish media inside out; he knows the country he is now separated from even better.

He worked at daily paper Milliyet until he was dismissed in 2013, a decision widely believed to be a result of his critical columns on the Gezi Park unrest. He was then transferred to Cumhuriyet, a 90-year-old prestigious paper of reference in Turkey, where he was named editor-in-chief in February 2015.

His editorship was, however, short-lived. Can was arrested in November 2015 together with his colleague, Ankara bureau chief Erdem Gül, after the publication of an article entitled: ‘Here are the Weapons that Erdoğan Says do not Exist’.

The article revealed a report alleging Turkey’s intelligence services sought to send arms to Syrian rebel groups. Weapons were found on two occasions in January 2014, when the Turkish gendarmerie stopped trucks on the orders of local prosecutors.

On 29 May 2015, the same day Cumhuriyet published the story, President Erdoğan said that he had filed a criminal complaint against the daily. In a live address via Turkish Radio and Television on 1 June, he said, “What matters to them is casting a shadow on Turkey’s image. I suppose the person who wrote this as an exclusive report will pay a heavy price for this (…) I will not let go of him.”

Authorities said the two were arrested for “knowingly and willingly aiding an armed terrorist organisation,” “membership of a terrorist organisation,” and “obtaining and exposing secret state documents for means of political and military espionage,” though the terrorism charges were subsequently dropped. Dündar and Gül, who denied all allegations, faced life imprisonment if convicted.

After 92 days in prison, Can and Ertem were released on 26 February 2016 after the Supreme Court decided that their detention was an “undue deprivation of liberty”. Since June of that year, Can has lived in exile in Germany; having survived an assassination attempt outside an Istanbul court – for which the gunman spent just 5 months in jail – he decided it was too dangerous to continue living in his homeland. There are currently six arrest warrants against him in Turkey.

As a result, Can stepped back from the position of Editor-in-Chief of Cumhuriyet in August 2016.

To give you a sense of the unabated pressure that has been placed on the title, Murat Sabuncu, the new editor-in-chief, and at least 10 of Can’s former colleagues have themselves now been in detention for more than 150 days – in solitary confinement, with no idea what charges they are facing.

There are at least 140 similar cases.

WAN-IFRA has closely monitored the downward trend for press freedom in Turkey for a number of years, with regular pronouncements, statements, resolutions and calls to action alongside our members there and on behalf of an increasingly concerned worldwide community. As a leading part of the global freedom of expression movement, the voice of WAN-IFRA has been a constant, denouncing the attacks, the jailings, the closures and the lack of guarantees for journalists to carry out their profession unhindered. We cannot let up; our Turkish colleagues need our support now, more than ever.

Permit me this opportunity to reassert: journalism is not a crime. Turkey must immediately and unconditionally free all journalists in jail because of their work. Restoring media independence and guaranteeing press freedom should be an absolute priority for anyone with an interest in seeing Turkey succeed. We call on all those with influence over President Erdoğan to counsel him accordingly. We call on those with the ability to act to do so, urgently, before it is too late.”