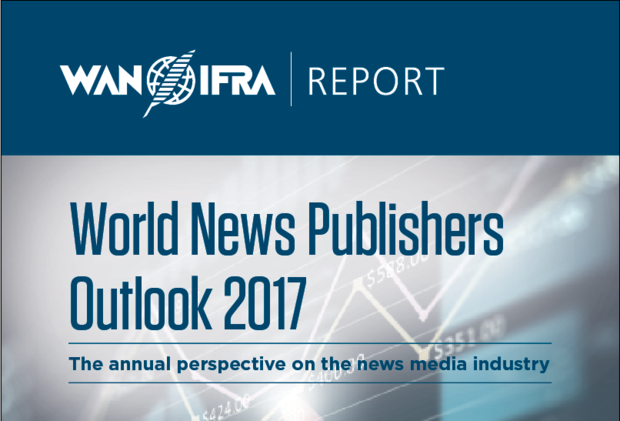 Of course all those other challenges, and others, play a major role and an impetus to innovate, but summing up the will and the strategy to “get moving” is apparently what concerns many publishing executives across the globe.

That is just one of the many findings from the just-published World News Publishers Outlook 2017 report.

WAN-IFRA published this report based on the results of the most recent annual survey of news media executives worldwide by Dr François Nel, who also wrote the report, and Dr Coral Milburn-Curtis of the Innovation Research Group, a partnership between researchers at the University of Central Lancashire and the University of Oxford.

The perspective of the report is truly global: the survey was available in 11 languages and received 235 responses from 68 countries across six continents: Africa, Asia, Australia/Oceania, Europe, North America, and South America.

The report can be downloaded (https://wan-ifra.org/outlook_2017) by WAN-IFRA Members for free (charge for non-members). An executive summary is available free of charge.

Key takeaways from the report