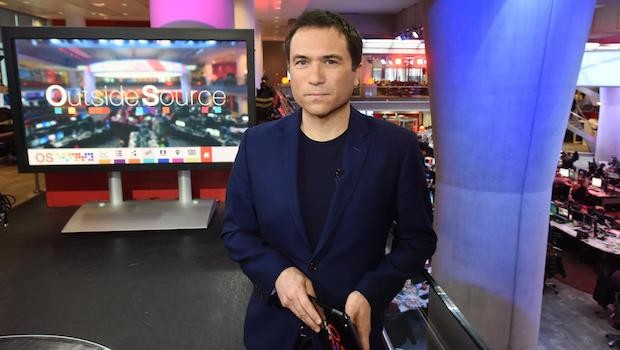 Over the past year, Atkins maintained an equal split of male and female contributors on Outside Source, after adopting a self-monitoring system grounded in data.

Now, the BBC will build on the success of Atkins’ grassroots project by pledging to have a 50:50 split of male and female experts across a range of programmes by April next year.

Wanting to push the BBC’s progress around gender parity, Atkins set out to prove it was possible to reach an equal split of male and female experts without spending any additional money, and started to trial the idea in his programme last year.

Ros Atkins will participate in the Women in News Summit, taking place during this year’s World News Media Congress, 6-8 June, in Estoril, Portugal.

Adopting a self-monitoring system, he and the Outside Source team began collecting data on who appeared in the programme, and shared the figures among each other immediately after a broadcast.

Additionally, the team identified subjects and stories where they tended to speak mainly to men, and searched for female experts who could comment on those topics instead.

They succeeded in increasing the percentage of female experts featured in the programme from 39 percent in January 2017 to 51 percent in April of the same year, and have since averaged 52 percent women.

“As our contacts got better, it’s become easier but it’s also become part of our normal working day. When we started it, talking about gender was something extra,” Atkins said.

“Now, we talk about it all the time but it’s not an extra thing, it’s just part of how we make our programme. It’s become completely integrated into our journalistic thinking.”

Having achieved such positive results, Atkins approached other programme editors, telling them about what his team had been doing.

“Every day, we are living proof, if you will, that this is possible. I think without that proof, it would be very easy for a lot of programmes to say that it isn’t realistic.”

By now, more than 80 programmes have decided to work towards improving gender balance among experts, including some of the BBC’s leading news programmes, such as BBC Breakfast or Newsnight.

“One of the more radical ideas was that this would be completely voluntary. So when programmes started, they started because they were excited to start, not because they had to. That completely changes the atmosphere around it, and what we found as a consequence is that their commitment to doing it is higher as well,” Atkins said.

While not all programmes have achieved a 50:50 split yet, Atkins says there have been some big shifts, with certain programmes bringing up the percentage of female contributors by 15 percent in a matter of months.

He also pointed out the importance of creating a detailed plan around gender representation, and taking the journey step by step.