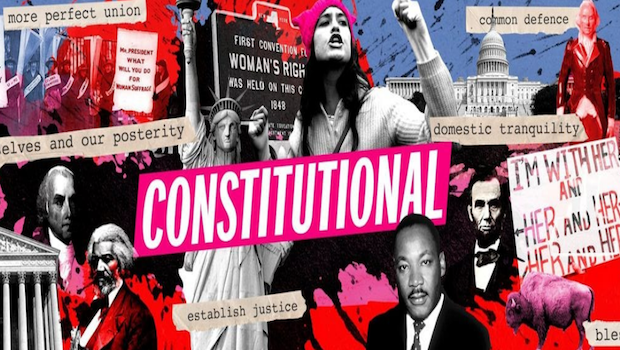 “This is a medium that goes into the mix of strategy that we are doing just like anything else,” she added.

In her role, Stahl oversees The Post’s audio operations, including programming for smart speakers and more than a dozen podcasts.

“Audio is something that we are paying a lot of attention to, looking at where it’s going and how it’s changing.”

There are some good reasons for that. For one, podcast audiences are growing. In the U.S., awareness of podcasts and their consumption have increased almost every year since 2008, with 26 percent of respondents saying they have listened to a podcast in the last month (up from 17 percent in 2015), according to a recently published report by Edison Research.

Secondly, “podcast audiences are really deep and really loyal,” Stahl said, adding that the same report showed that more than 80 percent of those surveyed typically listen to all or most of a podcast episode.

“The relationships are extremely deep, people feel connected to the hosts of their favourite podcasts.”

But, Stahl pointed out, doing audio is hard, and podcasting in particular “is a really crowded space, and it’s difficult to get attention,” adding that the median number of listeners of any given podcast episode lies between 150 and 200.

A lot of potential but many things ‘not quite possible yet’

As for audio content for voice assistants, while 55 percent of U.S. households are expected to have installed some kind of smart speaker by 2022, it currently serves as more of an experimental space for news organisations.

“There is so much potential and so much possibility around these devices, but most of it is not quite possible yet,” Stahl said.

To illustrate the difficulty of creating content for this new platform, Stahl shared one example from when The Post tried to adapt its popular Dinner in Minutes recipe series for Amazon’s Alexa.

“We tested it with people who like to cook, gave them an Amazon Alexa with our recipe loaded into it and said give it a go,” Stahl said.

“They hated it, they were miserable, they did not enjoy this experience. And the reasons why are kind of instructive about why these spaces are so difficult right now.”

Thoughtful talk by @jrstahl on understanding the affordances and limitations of audio before jumping on board. Same goes for any technology your org is considering. #WNC18

The testers had difficulty remembering the multiple steps featured in the recipe, found using the device awkward because it would time out and the audio would have to be started over again, and, ultimately, felt that having to follow voice instructions killed the enjoyable aspects of cooking, such as having a conversation with family or watching TV while doing it.

“Most of what you think is exciting about these devices, they’re not quite able to do right,” Stahl said.

“We think about things like interactivity in news, how could I have a news broadcast that lets me dive deeper into the topics that I’m interested in or how could I ask about specific topics that I personally want to know about and get a really smart personalised response, but they just aren’t quite able to do all of those things yet.”