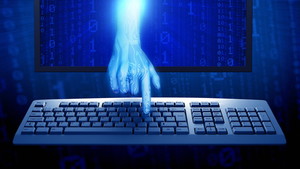 Barot has been overseeing BBC’s digital launches in Gujarati, Marathi, Telugu and Punjabi, and spoke at WAN-IFRA’s Digital Media India 2018 Conference earlier this year to share his thoughts on how AI impacts newsrooms.

“Newsrooms are already making good use of automation,” says Barot, who is a recent Nieman Visiting Fellow at Harvard, researching the use of Voice AI in newsrooms and the potential implementation of the technology for news discovery in emerging markets.

(Move mouse over graphic above to see interactive features.)

“Visual perception, speech recognition, decision making, and language translation have been very difficult in the past for computer systems to manage because they are all very distinctly human behaviours to be able to do, but that’s begun to change thanks to machine learning,” says Barot.

The BBC used Geofeedia during the Boston Marathon bombing (2013) and quickly put a “Geo Fence” around the marathon route. As a result, they immediately started seeing the first pictures and videos that the public was putting out.

Fifty-nine percent of publishers in Europe and parts of Asia are already using AI, according to a recent Reuters survey.

AI could also potentially be helpful to journalists in finding stories. The idea is for bots to scan news websites, process feeds, social media accounts and gather potential leads for journalists to follow up on.

Another field where AI could see huge success is in processing big data.

When the International Consortium of Investigative Journalists released leaked documents from the Panama Papers scandal in 2016, one of the journalists responsible for disseminating data said that the 400 journalists and news organisations around the world working on the case had to manually go through all the data and find stories relevant to their areas/regions. It took more than a year before the first story started to emerge.

To optimise subscription rates, several commercial organisations are now closely looking at AI-driven paywalls, where the rates would be automatically adjusted according to the visitor’s online habits.

In another example, The New York Times looked at its entire cache of troll comments, years worth, from its website and developed an algorithm examining at each comment and quality-testing it. It has now layered this AI moderating algorithm across 80 percent of its articles. It requires very little human moderation to keep it going.

“If I want to find out what the weather is today, I would get out my phone, tap on the weather app a few times for it to give me information based on my location,” says Barot. Here’s where touchless interactivity steps in, to lessen the effort. “A user would be able to speak into the air and enquire about the weather, without having to pick up or touch their device.”

These voice-driven devices could, in the future, use the phone as the first and last device one interacts with when they wake up and go to sleep.

The idea of these AI systems helping journalists’ productivity is a new thing but something that could be quite transformational in the way journalists manage their work flows. AI could help them book appointments, meetings, and most importantly, manage emails.

Barot draws his address to a close by talking about fact-checking.

“Norway has 100 percent digital literacy and penetration in smartphones. In India, there are still 500 million people who are yet to discover the internet, something that is likely to change in the next 3-4 years,” he says. This offers the Indian news media industry massive potential in reaching out to those people.

What would happen if those 500 million people were given smartphones with internet connectivity? Would it change their lives?

Barot says the answer is no. “These people have never used the internet, they have no idea how to navigate a website, use apps or digital services. These are things we take for granted because we have been educated in those navigation systems for years.”

Here’s where voice assistance comes into play. One of the ideas is that when an internet amateur opens their phone for the first time, they could have a voice guiding them, in their language, giving them an option of talking them through in using their phone.

“Some of the most transformative things for this segment of people that would seem normal to us are calculator, flashlight and setting up voice reminders for medication. Another important thing is reading out text from documents or signs by simply pointing your phone at them, something Google has already started experimenting with,” Barot says.

Click here to read Barot’s related article, “The future of news is humans talking to machines,” which was published by NiemanLab.