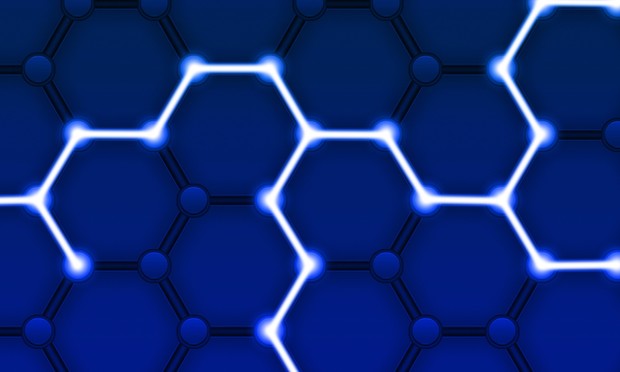 Ad fraud is rampant. Everybody seems to be using ad blockers. Google and Facebook are gobbling up the bulk of digital ad revenues. And, most publishers simply can’t give advertisers the necessary metrics to effectively gauge ad performance.

As a result, according to a new Reuters Institute survey, over 62 percent of global publishers say that digital advertising will become a less important revenue stream over time, with 10 percent already planning for a future with no display advertising at all!

Solving for ad fraud and viewability

Ad fraud is one of the major culprits here. During the past 12 months, ad fraudsters have taken US$1 for every $3 spent on digital ads. Major brand advertisers lost US$6.5B to ad fraud last year. Almost 9 percent of all ad impressions are fraudulent And, 20 percent of all ad-supported websites are visited exclusively by bots rather than human eyeballs.

What makes blockchain so attractive is the fact that the transaction takes place in a completely transparent manner. Both parties can see what’s going on. The transaction cannot be altered, so it’s impervious to fraudsters. In addition, the transaction data is stored on a blockchain decentralized peer-to-peer network, which means the parties can view and validate all activity without any concern as to its authenticity.

The Forbes Ad Agency Council says, “Ad fraud is pervasive in the current market due to the opaque and complex network of publishers, platforms and agencies. In the blockchain-driven digital ad economy, buyers and sellers will be able to verify the placement and viewability of each ad impression.”

Let’s take a real-world, and all-too-common, example. An advertiser pays for 100,000 ad impressions to be delivered over the course of a specific campaign. At the completion of the campaign, the publisher swears there were 120,000 impressions served, while the advertiser claims there were only 80,000.

Blockchain technology solves this problem by using a completely transparent record that is stored on a public ledger. The public ledger is like a giant Excel sheet that cannot be changed or manipulated by either party or by any outside fraudsters. In blockchain-speak, the public ledger is “immutable.” Both advertiser and publisher can view the ledger to verify the exact number of impressions for the campaign.

The point is that these ad server platforms (and most others) are closed systems. As a result, their ad performance metrics lack transparency and are certainly not available to advertisers in real time. This increases the possibility for ad fraud.

“Blockchain is a secure distributed immutable ledger where any data with value can be stored,” says the recent Forbes Ad Agency Council report. “Because of this, we believe it could help solve the need for anonymity and trust by keeping an audit trail of the ad and providing real-time information about the ads people consume.”

Open source web browsers like Brave are beginning to come to market with capabilities that take advantage of this blockchain built-in security, independence and authenticity.

Brave has technology that blocks conventional online ads and automatically strips invasive – and potentially fraudulent – trackers from sites. Brave and related browsers rely on a blockchain feature known as smart contracts, which bring greater transparency to all transactions between publishers and advertisers.

The parties cannot forge or alter these contracts. And, anyone from the publisher to the advertiser to industry regulators can analyze the transactions on demand. While this is a new concept to many, the big advantage of Brave is it openness and transparency – two key things that Google and Facebook currently lack.

There are challenges to be addressed, such as improving transaction speed and gaining widespread adoption, if we ever expect blockchain to displace the mighty digital ad duopoly. With new currency models, we may soon be exchanging bitcoins instead of feeding quarters. But, as open blockchain-driven systems like Brave grow in popularity, we could be inching one step closer to a revitalized digital advertising business.

In the words of media industry futurist Amy Webb: “Blockchain technology hit an inflection point last year. While this technology is still developing, its broad and far-reaching applications have the potential to impact a range of industries. In 2018, blockchain is ready for news distribution and payments.”

In October, WAN-IFRA will publish a report about blockchain and its potential for news publishers.

Pete Marsh is the Vice President of Marketing for Newscycle Solutions.