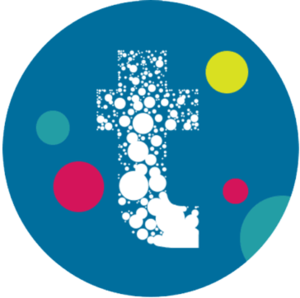 Aided by Artificial Intelligence, the TJ Tool generates a visual transparency map and a transparency score for each individual article, shedding light on Público’s reporting and production process.

Stemming the tide of misinformation

The idea was developed as a response to the increasing proliferation of misinformation, often presented to readers in a way that mimics the language, design, and narrative of professional journalism.

“What we want to do with this tool is that when readers get information from Público, they can make sure that it’s human-made, journalistically-made, and that it adheres to the standards of quality journalism,” said Público’s Deputy Editor-in-Chief Virginia P. Alonso.

The backbone of the TJ Tool is made up of eight editorial transparency indicators identified by the team at Público:

•    editorial policy;
•    the place where the article was written;
•    sources (such as people, institutions, or other media);
•    links to context surrounding the story;
•    publication date;
•    supporting documents;
•    the author’s byline;
•    and the reason why an article has been published.

The tool, which was launched in early October, automatically pulls information about these indicators from the text, with journalists required to validate the final results.

Using the value assigned to each indicator, the tool then calculates an overall transparency score for the article, ranging from 0 to 100 percent, and generates the visual transparency map, allowing readers to trace the information.

Público has been testing the tool inside the newsroom over the past couple of months and found that it encourages journalists to be as transparent as possible about their work.

“When they see that the article doesn’t have the final value that it should, they review the information to see, for example, if they’ve put in all the documents they have or if they have listed all of their sources,” Alonso said.

“Step by step, our journalists are going to find ways to do their work better. It’s about doing better journalism, and gaining the trust and confidence from the readers. It’s a risk for us that we might not be as transparent as we think we should be, but we think that what we gain from it and what the readers gain from it is worth more than that risk.”

The tool has been developed with funding from Google’s Digital News Initiative and the help of the Group for Advanced Interactive Tools (GHIA) from the Universidad Autónoma of Madrid. It is open source, and currently available in Spanish and Catalan.

For Público, it’s not the first exercise in transparency. When Alonso and current editor-in-chief Ana Pardo de Vera took over at Público in 2016, they made public the news organisation’s editorial agenda, outlining the 10 coverage areas (dubbed “Público flags”) that the editorial team was going to focus on.

“The issue around transparency doesn’t affect just one single media outlet, and the tool is not just for Público,” Alonso said.

“What we hope is that other media want to implement this tool in their organisation and that they assume transparency as a value to restore citizens’ trust in journalism.”

So far, the response from readers appears to be positive. Although “it’s too early to draw conclusions” after just a couple of weeks, the team has been surprised by the amount of time readers spend inside the transparency map.

The idea of the tool has also been welcomed by advertisers, Alonso said, opening up a new avenue for them to determine whether they are putting their money and brands in an environment of quality journalism.

Transparency and trust with readers and advertisers – sounds like a sustainable proposition.

For more information and resources about the TJ Tool, visit https://www.transparentjournalism.org or contact buzonpublico@publico.es