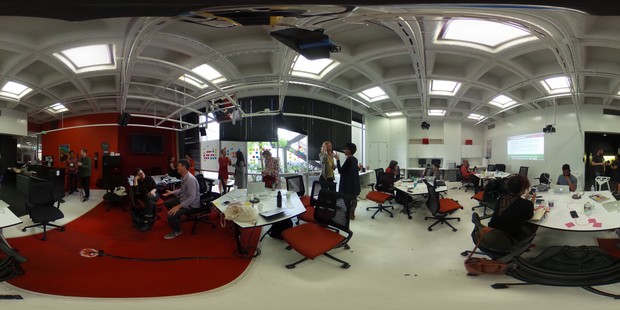 Maclay has been at the Lab for two years, having previously worked at Harvard Business School. The former head of the lab made the decision to wind down any projects they had running prior to Maclay’s start in the role. This meant he had a fresh slate and a chance to assess their practices:

“I think we needed a reflection period. As with any organisation, but especially with a so-called innovation lab, we need to be reflecting on our practice and what we focus on with regularity,” Maclay says. “The world is changing rapidly and we don’t want to build an engine that worked for the environment five years ago. We want to continue to challenge ourselves, to adapt, pivot and ensure that we’re being responsive to the current moment.”

Maclay felt he needed to understand a bit more about what was going on around Los Angeles and USC, having come from the East Coast and Boston:

It doesn’t just end there however. Maclay suggests there needed to be a greater understanding of what other people were doing, what the industry were already creating themselves:

“You don’t want to duplicate what other folks are already doing or can do better. We want to leverage our nimbleness. It started with that and then I reached out to colleagues and the funding world to see what issues they were working on, interested in, investing in and look for places where I felt that overlapped with our skillset as a lab.” Maclay added.

Read about the 45+ Media Labs we talked to so far or contact us to share your story.