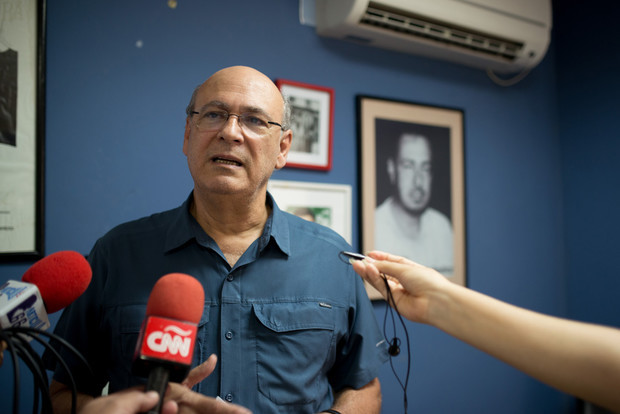 On December 13 in Managua, Nicaragua, members of the National Police raided the headquarters of Confidencial, ‘Esta Semana’ and ‘Esta Noche’, forcing the locks and removing computers, documents, and materials from the newsroom. As of today, the facilities remain occupied by members of the police force.

“The attack perpetrated by Daniel Ortega’s regime against Confidencial, Esta Semana and Esta Noche is an extremely severe violation of freedom of expression in Nicaragua”, said Michael Golden, President of WAN-IFRA. “We demand this government immediately stop harassing and attacking the independent press, order the withdrawal of police forces from the media outlets’ premises, and return the confiscated material.”

On December 15, Carlos FernandoChamorro, together with his wife and a group of journalists, presented themselves at the National Police headquarters demanding the return of their property. Instead, they were subjected to violence and insults from members of the anti-riot police.

Last Monday, the journalist filed an amparo asking for the police to vacate the facilities and return the confiscated belongings.

These attacks are just the latest in a wave of violence against the media in Nicaragua, where the basic principles of press freedom and freedom of speech have been undermined by the State since the beginning of the year. According to the Nicaraguan NGO Fundación Violeta Barrios de Chamorro (FVBCH), from April 1 to December 16 of this year, 537 violations against the independent press have been documented. The FVBCH attributes more than half of these aggressions to the part of government, the Sandinista National Liberation Front (FSLN), and the National Police.

“The degradation of press freedom and democracy in Nicaragua in the past months is worrisome and one we intend to follow closely and protest loudly as it evolves,” said David Callaway, President of the World Editors Forum, “This unacceptable action reveals the true, dictatorial nature of Daniel Ortega’s government, reminiscent of the dictatorship of Anastasio Somoza and the darkest moments in Nicaraguan history.”

WAN-IFRA is the World Association of Newspapers and News Publishers. Its mission is to protect the rights of journalists and publishers around the world to operate independent media. WAN-IFRA provides its members with expertise and services to innovate and prosper in a digital world and perform their crucial role in society. With formal representative status at the United Nations, UNESCO and the Council of Europe, it derives its authority from its global network of leading news publishing companies and technology entrepreneurs, and its legitimacy from its 80 national association members representing 18,000 publications in 120 countries. www.wan-ifra.org