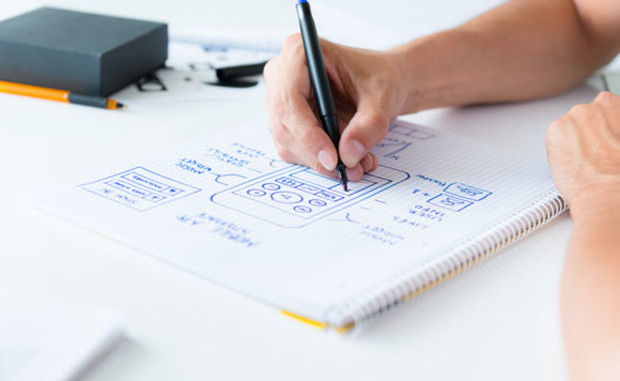 Nowadays, Cordrey is focusing more on product development for other industries. But, thanks to this new project that she hopes can add a new revenue stream for publishers, she is returning to the media world.

At the upcoming Digital Media Europe conference in Vienna where she will be a speaker, Cordrey will focus on her favourite topic: the endless possibilities that spring up when product teams work in a collaborative way with the rest of the company.

For the 2019 edition of Google Digital News Innovation Fund, you have pitched for a project around “machine learning service journalism”. The aim, you say, is helping European news publishers, no matter if they are small or large companies, generate affiliate revenue. What kind of affiliate revenue do you have in mind?

Tanya Cordrey: It’s a model similar to what The New York Times have with Wirecutter. Here they do service journalism, which is recommending the best products in the categories that you’re looking for. They have journalists who test products and then write their recommendations. And if you buy those products, then the news organisation gets a small percentage. New York Times Company generates tens of millions of euros every year with Wirecutter.

I believe that technology can change the unit economics of service journalism. All large publishers do some type of product recommendations. But often, this type of content is a very high-cost editorial activity. For most publishers, it is very difficult to scale.

On the other hand, there is lots of evidence that show that consumers are increasingly confused by the huge choice of products that you find online when purchasing. So, they are turning to the trusted brands of news organisations to help them. What we want to do is try machine learning to utilise all the millions of product reviews that are on the web, weed out fake reviews, and basically help editorial teams provide high-quality product recommendations. They can do more of them, more often, and hopefully have even better recommendations and generate affiliate revenue.

At the end of 2017 you wrote in an article  that we would be seeing a radical reinvention in media companies in 2018. Do you still stand by that?

Cordrey: I would say that it hasn’t been the radical transformation that I was predicting. I am disappointed that we haven’t seen more innovation in journalism in the last two years. It feels very… I’ll use an English word: very “same-y”. The same type of content for the same type of users.

An example of the kind of innovation I would like to see more of… I am a super user of Twitter. I curate my Twitter feed, and I love that I get so much of my news that I can control it and turn the dial up and turn the dial down, and the type of content that I want. I really feel that newspapers are missing a trick, that they are not embracing this possibility in a far more aggressive way.

You mean publishers are not using personalisation features?

Cordrey: A lot of publishers have been looking at personalisation, but they’re all looking at it from a technology point of view. I think that’s important, but I personally would like them to give a lot of the power of personalisation to the users because only they know really what they’re interested in. Ten years ago, everybody would have argued if you gave users that type of control, only a tiny percentage would use it.

But nowadays, I think that a significant proportion of people want to have more control over their own personalised product and I think a significant portion of users would use it today, not a small number.

What you’re also saying is that news organisations are so absorbed by chasing, reporting and producing news that they have not set up teams to monitor emerging topics that people actually want to read about…

Cordrey: I’m not sure newspapers are quick enough to understand or research what are the emerging topics of passion for their users and potential users. News organisations can be very inward looking. We look at a lot of things like user engagement and how much time people spent on the pages. But are news organisations looking outside the news property?

A good example are the Facebook groups. Facebook Community Pages have been enormously popular and seem to have been one of the major reasons for sustaining some of the engagement in newsfeed over the last year or so. If newspapers were to analyse the type of groups that are really popular on Facebook, they might find that indicates topic areas people are really passionate about and are not being covered very much in mainstream media.

You are involved in a lot of projects around product development and innovation. What would be the right product team in a news organisation?

Cordrey: I’m a huge fan of product teams. Good product teams bring together the understanding of the users, of the business needs and of what technology can make possible. I think that’s when magic happens. It’s a critical role for news organisations.

However, it’s not just news organisations that have had trouble building this way of operating. When you’re building these teams, it is often taking away some responsibility from existing departments, and it’s creating new responsibilities that didn’t exist before. And that change can often be quite difficult.

In addition to that, there is a shortage across Europe of digital products people. It’s true for all industries.

But the media industry has an amazing opportunity because great product and technology people want to work with organisations that have a mission and a purpose. And news organisations have that in spades. Maybe, the most important thing is that great product people are motivated by making a difference.

But they don’t want to do it in isolation. They need to make a difference within the organisation and with the other departments. The secret of success is getting the team’s ability to move quickly but to work in a collaborative style.

With a few years of hindsight regarding your experiences with The Guardian, then the Schibsted group, do you think there are certain things that make these groups successful that also can be transferred to others? Perhaps smaller companies?

Tanya Cordrey: When I was at The Guardian and Alan Rusbridger was the editor, I would point to the fact that it was an organisation that had tremendous courage and also ambition. If you think big and dream big, you can do amazing things. It is easy to think of The Guardian today as having such a huge impact, but back 20-plus years ago, it was only a tiny newspaper in the UK.

But with the advent of digital, it had the courage and ambition to really dream big and think that they could have a global impact, which it did. Every small publisher should have the belief in their dreams. And if they’re not ambitious enough, they’re never going to grow as significantly as they could or have the impact that they would like to.

Regarding Schibsted, which obviously has lot of ambition, what I would point to, that I really admire, is the constant focus on its strategy. Schibsted is always thinking about the future and what it needs to do. But it combines this with a really fantastic ability to move quickly. Many organisations of this size can be quite slow-moving. But this group, when it decides to move in a direction, it moves very firmly and decisively. And I think that again is a lesson for every publisher to learn from because the cost of delay or inaction is often far more significant than people realise.