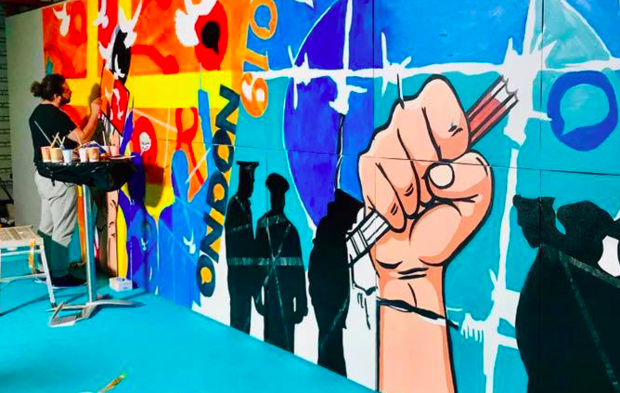 
The Chinese government appears to be widening its crackdown on international news organisations, adding the websites of Frankfurter Allgemeine Zeitung (F.A.Z.), Süddeutsche Zeitung, and Spiegel Online to its list of blocked domains.

“It proves that Chinese rulers are trying to suppress the truth. We therefore urge the government in Beijing to rethink this policy of censorship and to give their people access to free information wherever it comes from.”

A number of the newspaper’s investigative stories had already been blocked, including one published this month, which showed that Chinese border control officers installed spy software on tourists’ smartphones.

The websites of German TV programme Tagesschau, TV channel ZDF, and the Swiss Broadcasting Company have also been added to the ‘great Chinese firewall’.

While the exact reason for the ban on these outlets remains unclear, F.A.Z. speculates it may have been targeted because of its coverage of the ongoing mass protests in Hong Kong, which escalated in early July when protesters broke into and vandalised the parliament building.

This latest round of censorship comes after various foreign news portals were blocked in early June, including The Guardian, The Washington Post and Singapore’s The Straits Times which were among the last major English news outlets still accessible in the country. The crackdown appeared to coincide with the 30th anniversary of the Tiananmen Square massacre. Singapore Press Holdings’ Chinese language site was also blocked in June.

Additionally, the Chinese state-run news agency Xinhua reported in mid-June that Beijing had launched an internet cleanup ‘campaign’ aimed at exposing and punishing all websites that committed ‘illegal and criminal acts’ or failed to fulfill their ‘obligations’.

China’s censorship was raised at the Global Conference for Media Freedom in London this week by UK Foreign Secretary Jeremy Hunt.

China ranks 177 out of 180 countries in Reporters Without Borders’ 2019 Press Freedom Index.

IMAGE: interactive mural by Art Lords of Afghanistan, completed in 14 hours by 200 people at the Global Conference for Media Freedom, London