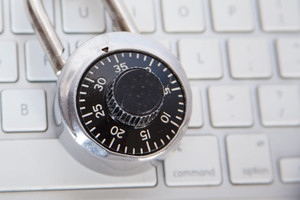 Harassment, trolling, doxing, rape threats, even death threats – these are things that journalists increasingly face now that so much of what it means to be a reporter is about maintaining a “digital presence.” But while the risks of being a journalist today receive growing attention, teaching the new generation about online threats and harassment is still a relatively new concept.

Andrea Olea, a Spanish freelance journalist working in Beirut, says that during her five years of journalism studies at the Complutense University of Madrid starting in 2005, there was no specific coursework on digital security. And since then, she doesn’t take any special precautions to protect herself online.

“I had no training on cyber-security and haven’t received any other training from employers,” says Ms Olea. “I don’t take special measures other than using Telegram but mostly to protect my sources rather than myself. When I go to countries where there are security issues, I might be more careful about what I write online but not necessarily to protect myself from harassment.”

And while Olea completed her journalism degree nearly ten years ago, many journalists who are just starting out are still not receiving proper training on internet safety. Research by Citizen Lab in 2017 showed that only half of the 32 Canadian and US journalism schools surveyed offer specific digital security training.

And in many other countries around the world – even those in conflict – online safety is often missing from the university curriculum or in newsrooms. Observers say it’s an information gap that is becoming increasingly detrimental to young journalists.

“Journalism schools and newsrooms haven’t traditionally taught on this subject, everyone is sort of doing their own thing,” says Susan McGregor, Assistant Professor at Columbia Journalism School and Assistant Director of the Tow Center for Digital Journalism. “I do think that it’s missing from the curriculum… Information security needs to be integrated into journalism practices.”

For the new generation of journalists, having a public online profile – be it on Twitter, Facebook or Instagram – has become commonplace. But just because young people may be more present on the internet doesn’t mean they know how to stay safe.

Posting photos, location and other personal information can expose young people to harassment and hacking, which can lead to doxing – the broadcasting of private information online – and actual physical violence.

Micah Reddy – an investigative journalist at amaBhungane, a newsroom and advocacy group based in Cape Town, South Africa – remembers when veteran journalist Karima Brown accidentally posted information about the far-left Economic Freedom Fighters (EFF) party on the wrong WhatsApp group, only to have her personal phone number posted online. What followed were online threats of assault and rape. If such a thing can happen to an experienced journalist, says Mr Reddy, there’s every reason to assume young journalists are also at risk.

“It’s easy to make the assumption that young people are tech savvy and that they know how to protect themselves online,” says Reddy. “It might give young journalists an innate advantage, but it doesn’t necessarily follow that they know things like how state surveillance works, for example.”

The most recent African Media Barometor (AMB), which measures the media environments on the African continent, showed that not only was journalist freedom under threat but that attacks on journalists have increased.

In countries like South Africa, state surveillance has become a major concern for journalists, some of whom have been the victims of sustained coordinated attacks and disinformation campaigns on social media by members of the former government under President Jacob Zuma.

“It made social media a much more toxic space,” says Reddy. “New journalists need to adapt, and those with public profiles often face online hate.”

It’s even more important for women and non-gender conforming journalists to protect themselves online. While men receive threats of physical violence, women journalists receive more online threats in general, and more that are sexual in nature.

The Center for Media Engagement at the University of Texas at Austin conducted research between 2016 and 2017 on women journalists from Germany, India, Taiwan, the UK and the US. Their findings showed that most of those interviewed had faced online harassment, with attacks focusing on their gender or sexuality. Most felt pressure to engage online, and felt that they didn’t have a choice in creating a public profile.

A more recent report by the Committee to Protect Journalists, from 2019, showed that not much has changed since then. More than 70 percent of women journalists surveyed in the US and Canada said they had experienced verbal and online harassment, and 85 percent said that journalists had become less safe in the past five years. Less than half had received any kind of safety training.

J-schools and newsrooms can do more

Journalism schools in the US and Canada are slowly realizing the importance of incorporating digital safety into coursework. The University of Southern California Annenberg School for Communication and Journalism is in the process of crafting a security program with dedicated coursework, while professors at the University of British Columbia Graduate School of Journalism have been advocates for increasing security education within the curriculum there.

But while universities may recognize the need for more digital security courses, it’s often difficult to make it a reality. Many feel the brunt of economic and time constraints when creating yearly curriculums, and the sense that if certain classes are going to be added, others need to be taken away. At Columbia, like other universities, digital security is slowly being weaved into coursework on law and ethics, even if it is not a standalone class.

“In the end, information security skills are reporting skills,” says Susan McGregor. “Journalism is inherently risky, so it’s about managing that risk.”

Newsrooms and editors also have a role to play in transmitting the necessary information to keep journalists – both young and old – safe. But it’s a constant battle, says Micah Reddy.

“Newsrooms have fewer and fewer resources,” says Reddy, “and the issue of digital threats often gets put on the back burner.”

Even without formal training in place, young journalists can protect themselves with a few simple steps, say experts. McGregor recommends having two separate social media accounts – one for personal information and photos for family and friends, and another for professional activity.

“You should be thinking about the things you post there – how much does this reveal about me, about where I live and work, or where my kids go to school,” says McGregor.

But sometimes, it’s up to individual journalists to rely on common sense in order to evade digital risks. This may be where younger journalists have an inherent advantage.

“In public virtual spaces, I wouldn’t provide my phone number or address,” says Andrea Olea, “even if I weren’t a journalist.”