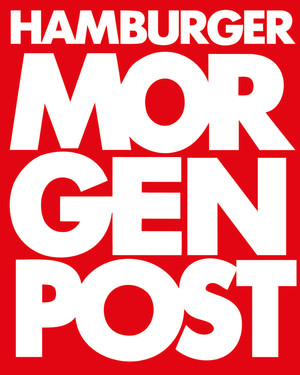 Von Harpe, currently CEO of XING Marketing Solutions GmbH, announced he intends to reposition the newspaper – Germany’s oldest tabloid – and give it a long-term perspective.

DuMont’s disposal of the MoPo, as it is commonly known, follows the sales of the Berliner Verlag last autumn and the Mitteldeutsche Zeitung media group in January. It means DuMont’s sole remaining consumer media market consists of Cologne and the surrounding Rhineland region.

Von Harpe (in photo at right) said, “MoPo has always been one of the central media brands of this city – with a clear

identity and attitude. MoPo is as much a part of Hamburg as the St. Pauli district or the fish market. I firmly believe in the brand’s potential and would like to further sharpen the focus on genuine local journalism and thus inspire the people of Hamburg even more. The goal: a MoPo that is deeply rooted in the city and sustainably successful – on all channels.”

In addition to the Morgenpost and its MoPo.de news platform, the sale includes the media marketer Hamburg First Medien & Marketing GmbH; the corporate publishing agency DuMont Media, including the mixed-reality experience world Discovery Dock in the Port of Hamburg; and a stake in Radio Hamburg.

DuMont acquired a stake in the Hamburger Morgenpost in 2009 and invested heavily in the development of new business areas and in the systematic expansion of the MoPo.de news platform. With a total reach of about 25 million visits, MoPo.de has become the market leader among regional news sites in northern Germany, according to DuMont’s press release.

The sale concludes DuMont’s review of its consumer media holdings and leaves the company with three newspaper operations: