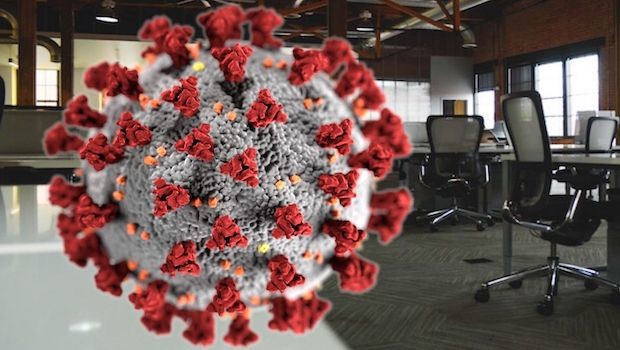 Journalists are mostly mobile and armed with a laptop and a mobile phone can work from almost anywhere. But as the number of Covid-19 cases continues to rise worldwide, questions are being asked about the ability of complex, multimedia newsrooms to keep producing content at the expected rate and standard, while ensuring that their staff stays safe.

On Wednesday, Washington Post Publisher Fred Ryan told staff to work from home where possible: “We have decided to begin encouraging (but not mandating) employees to work from home if your role and equipment needs make it practical to do so, starting tomorrow through the end of the month. We intend to continue our operations at full scale even with this change in employee locations.”

Tech dependencies will mean for now, some Washington Post staff are still in the newsroom. Newsrooms elsewhere, not yet hit by the virus, have been doing “work from home weeks” to determine what the dependencies are and how to work around them.

In Asia, where strict government protocols are still in place, newsrooms took a variety of  approaches to ensure the flow of news is not interrupted.

The Straits Times, Singapore’s leading newspaper, split its newsroom editing team into two teams of about 25 people each.

Each team comprises people in various key roles so that one team can continue to function should members of the other fall ill, and the entire group needs to be quarantined. The two teams switch between working from home and from the office every two weeks or so, and communicate with each other via Google Hangouts. The rest of the staff work from home and go about their usual reporting duties with added precautions, such as frequent handwashing, avoiding crowds, and wearing masks in hazardous areas.

Straits Times Editor-in-Chief, Warren Fernandez, says the arrangement is working out well so far, aside from occasional technical problems.

In Hong Kong, at The South China Morning Post (SCMP), staff are prepared for a full work-from home scenario, but at the moment, some 50 percent of its employees have been working remotely. It is hoping to move all staff back into the office in the coming weeks, provided they are healthy. Anyone who has been in China will have to wait 14 days before returning to the newsroom, says Andrea Leung, Senior Corporate Communications Manager.

At the SCMP, staff are encouraged to use the hand sanitiser bottles placed around the office, to refrain from holding large meetings in enclosed conference rooms, and to wear masks as much as possible when at work, which can be obtained from news assistants or at reception.

Members of the editorial department have been asked to confine themselves to two floors of the office, in order to limit the risk of accidental contagion with colleagues on other floors. They use Google Hangouts to communicate with others in the building instead of holding in-person meetings.

SCMP is also considering splitting its larger functions into teams, like The Straits Times has done, although it may be less effective to implement this measure now, given that people have been going in and out of the office, says Leung.

SCMP has supplied large monitors for use at home to staff in its Print team, the Asia and Culture desks, and the Young Post team.

In Italy, where the rapid spread of the virus has been devastating, the situation is changing rapidly with new restrictions being imposed.

Il Vostro Giornale and Genova24, which cover Savona and Genoa and are owned by publishing company Edinet, have been able to continue their coverage without needing to implement additional measures, because their operating structure was already based on a work-from-home model.

Alessandro Bompieri, Managing Director of News Italy at RCS Media, which publishes Corriere della Sera, one of Italy’s most-read newspapers, and daily sports paper, Gazzetta dello Sport, said until today (Wednesday) it had been possible to print and deliver newspapers to kiosks and directly to customers.

RCS has equipped all journalists with laptops, loaded with Microsoft Teams, so that they could manage to write and attend remote meetings, should the newsroom shut.

However, things are changing fast, and the government of Lombardy’s request on Wednesday to close commercial and economical activities for two weeks, except food stores and pharmacies, might induce further changes, including printing a replica of the digital edition of RCS Media’s publications. Lombardy, in northern Italy, with its capital Milan, is one of the hardest-hit regions.

In the UK, staff from The Telegraph are allowed to work from home, with the newsdesk working remotely on alternate days. On the other hand, News UK employees have not been advised to work from home, even though a Times journalist recently tested positive for the virus. Lifts, toilets, and communal areas in News UK’s London Bridge headquarters are being cleaned every 30 minutes, and chief executive Rebekah Brooks told staff it was safe to be in the building.