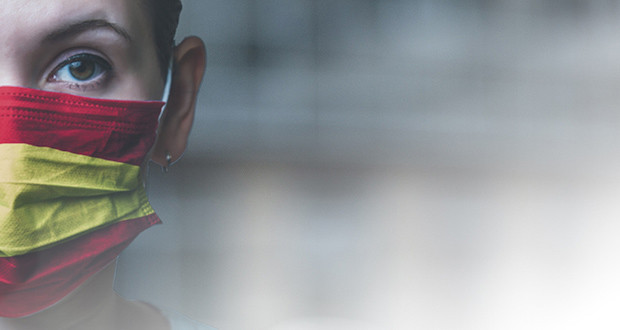 By Simone Flueckiger and Neha Gupta

An increased focus on audience engagement

“I think we have engaged with the audience more than ever,” said Belzunce of Vocento, adding that staff at the different newspapers have received many messages of support from the audience via social media, emails, and phone calls.

In return, journalists have been interacting with readers via WhatsApp, Twitter, Instagram, and Facebook, as well as through Zoom webinars, which have led to long conversation with groups of readers about journalists’ work. Meanwhile, editors-in-chief of the group’s regional and national newspapers have been sending messages to users, explaining the situation and how they are responding to it.

Vocento has also been featuring readers’ personal stories and experiences of the crisis and Spain’s ongoing lockdown in its coverage, publishing hundreds of pictures, videos and articles created by them. Another initiative saw several newspapers create special sections dedicated to coronavirus victims, giving readers a chance to write about relatives they lost. The opportunity to send a public message or goodbye has been particularly important because public funerals have been forbidden under Spain’s coronavirus measures, Belzunce said.

At online newspaper El Diario, readers have been able to get in touch with journalists via a dedicated mailbox, created at the beginning of the outbreak, which has served as a valuable source for tips and story ideas, and allowed reporters to better understand the particular issues readers are interested in.

“We have answered every one of those emails, one by one, to clarify doubts, help readers find the right resources, but also listen to their plight and give comfort,” said Lloret. “The conversation with readers, the trust of our readers has gone to a different level. This engagement has grown much stronger, which is a big important change.”

At Marca, Spain’s leading sports newspaper, journalists have also been directly engaging with readers, said Riquelme. Throughout one week, 20 Marca journalists interacted with print subscribers via phone, gathering insight into how they were feeling, and what the relationship with the newspaper was like, which Riquelme called a “fantastic experience”.

According to a recent WAN-IFRA survey, more than half of respondents said they have launched new products in response to the coronavirus pandemic. Among other initiatives, Vocento’s regional newspapers have been putting together coronavirus newsletters, while national daily ABC created a daily podcast, a documentary series, and a section highlighting positive stories emerging amid the pandemic.

Overall, Vocento’s coverage has evolved along with the development of the crisis. Initially, the audience was more interested in breaking news updates and data on the number of people infected. But as the pandemic progressed, Vocento has shifted its focus to covering social consequences, giving advice on how to live under lockdown, and producing informative articles featuring expert analysis and opinion from scientists and researchers.

“Journalists have also significantly increased the work based on data,” Belzunce said. “This kind of journalism has had an incredible response from the audience.”

El Diario, which describes its work as public service journalism, has been focusing its coverage on vulnerable groups, as well as local issues.

El Diario has local newsrooms in three regions and a network of 10 local news sites, which have allowed it to create content specific to each corner of the country, Lloret said. As part of this coverage, they have highlighted, for example, the Canary Islands’ struggling tourism industry, citizen initiatives in Andalusia or rural areas in Castile that lack access to news and information services. Practical fact-checked information, as well as real-time data infographics have also been a key component of El Diario’s coronavirus content.

Even sports newspaper Marca has changed its content strategy in response to the outbreak, populating its landing page with coronavirus-related stories, created by a unit of 12 journalists, in addition to its sports coverage. As it does with sports, Marca has been producing breaking news and live blogs about the pandemic, which has been working well, according to Riquelme.

The coronavirus crisis has helped Vocento register a significantly higher number of visits, compared to 2019. As of March 2020, the website recorded 81.1 million users (from ABC and 12 regional newspapers), up 35.4 million (a 77.2 percent hike) from March last year. “It was also interesting to note that most of the traffic now is direct, instead of only search or through social media,” said Belzunce.

The number of total active subscribers across eight regional newspapers increased significantly from 35,000 to 52,000 as of April 2020.

To counter the unprecedented situation, the company has made efforts to disseminate in-depth information by including interviews from scientists and researchers in its reportage, and making work more data-centric. “The audience has responded incredibly. One of the ABC videos recorded a historic 1.2 million views in one day,” said Belzunce.

Most of Vocento’s titles have a metered paywall with 10 free monthly articles and exclusive content for members, and have been offering a first free subscription month in light of the pandemic, a move that has helped the company expand its subscriber base.

Marca does not have a paywall, and has no plans of introducing one, said Riquelme, but admitted that the company’s revenue from advertising, most of which is programmatic, has declined dramatically since the crisis. The brand has also been forced to cut down on its print pages from the usual thirty-two.

“Bars are important for Marca. People usually read our newspaper while having breakfast, and now with bars shut, we are losing out on that audience. News stands are open but people are no longer venturing outdoors. We are struggling at the moment, but hope to bounce back with La Liga in the coming months.” – Gerardo Riquelme, deputy editor-in-chief, Marca

Making content changes on the website, however, proved to be a winning move for the brand, registering a record 75 million global unique users in March.

At El Diario, reader response to COVID-19-related content has been phenomenal, said Lloret. According to Comscore, El Diario registered a unique user growth of 60 percent in March 2020, compared to February. The website now registers 15 million unique users on its main property and has also seen a significant spike in direct traffic.

Readers have also helped offset a drop in advertising revenue. El Diario, which has a membership model similar to The Guardian’s in the UK, told readers that the newspaper needed more financial support in order to avoid cuts in the newsroom. In response, the outlet recorded a membership growth of 40 percent.

The El Diario website is now 52,000 members strong, the highest in any single general news title in Spain. “However, we have also noticed a slight dip in traffic because people are getting tired of the gloomy, hard COVID-19 news,” said Lloret.

Correction: An earlier version of this post stated that El Diario made its content freely accessible in response to the pandemic, but content has always been available free of cost.