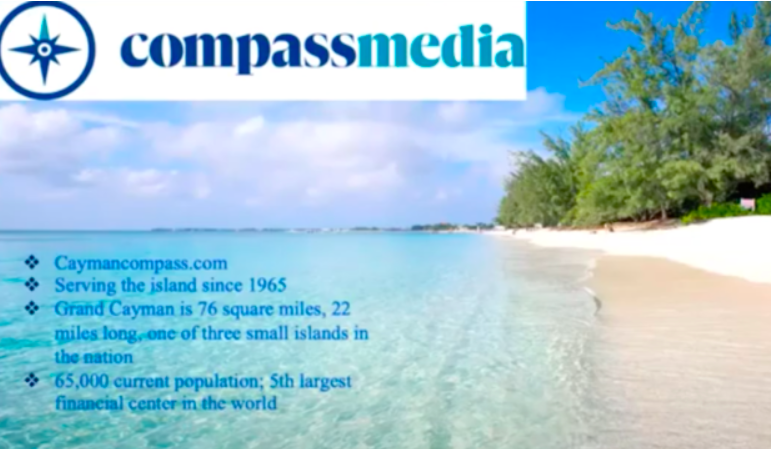 The Cayman Islands is a tiny country in the Caribbean made up of three small islands, the largest of which is 22 miles long. It’s also the fifth largest financial centre in the world, and while it’s a British territory, it’s also its own nation.

In just over a year, compassmedia, publisher of the country’s daily newspaper and several magazines, was making serious headway in a digital transformation project intended to take the company from losing money to breaking even.

In addition to the financial difficulties, Capetta told participants of WAN-IFRA’s recent World Media Leaders eSummit that when she came onboard, compassmedia “was a decade behind in terms of digital trends, and the country in general is fairly behind the US and Europe. So we had a lot of catching up to do.”

“We had gone through all this work in 12 months to redefine this new strategy to make the company multimedia,” she said.

“We actually beat the revenue budget in January and February, about eight months into the transformation. And then March hit. The impact has been enormous. It’s hard to overstate,” – Kathleen Fleury Capetta

Being based on a remote island has made things even more challenging.

For starters, Capetta said their distribution system collapsed and the paper went from being published on five days a week to one.

“Unfortunately this company had no subscription model, even physical subscriptions, nothing, so it was all single-copy newsstand sales, and there was a very, very strict lockdown here. It just evaporated. We had to reduce staff by nearly 30 percent. Our revenue is down more than 50 percent,” she said.

While many publishers have reported that their staff’s switchover to working from home was relatively smooth, Capetta said that was not the case for compassmedia.

“I had half a dozen people tell me they didn’t have internet at home, so just to give you a little bit of context, that shift was not very easy here,” – Kathleen Fleury Capetta

On the positive side, she said “we’ve tripled our digital audience, which is amazing. It’s pushed the company to technologically advance a little faster than everyone wants to.”

Capetta says she’s spent the past three months trying to reinvent their strategy.

“We were scheduled to hit breakeven in July of this year, and that went out the window. I had envisioned this two-to-three year leisurely stroll into a digital-first strategy, but 2020 had other plans. It was really a vast acceleration, to digital. We have focussed on digital everything. We’re launching a paywall in a few months.

They have some print-side plans as well.

“We have our own print shop, custom print shop,” she said. “We’ve decided to heavily invest in that so we can take our advertising clients, all the businesses on the island advertise with us, and have been clients, and integrate the sales. We have content creation now, in addition to actual, physical printing, so we’re trying to look at clients from a holistic standpoint.”