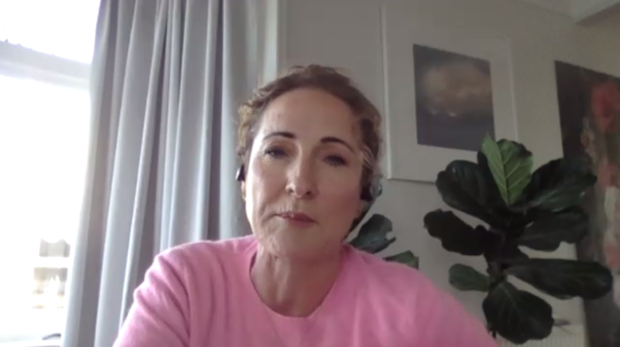 “COVID has helped us in the way that people have realised how important journalism is … and come back to thinking about how important it is to their daily lives,” Boucher told participants of the eSummit.

“Everything we do now is about building on levels of public trust and in a measurable way, increasing those over months and years,” said the journalist-turned-media executive who acquired the online, magazine and newspaper business in May from Australia’s Nine Entertainment for NZ$1.

Stuff is among the country’s top 20 most trusted companies, she said, adding the company aims to be No. 1 in a few years.

Businesses were hit hard by a five-week lockdown from March to stop the spread of the virus. Stuff lost 70 percent of its advertising revenue, but newspaper subscriptions rose and its digital audience doubled overnight as people consumed more news about the pandemic. It gave Boucher an opportunity to recalibrate the company’s strategy as New Zealand emerged from lockdown.

“We quickly realised once the virus was under control here, people would move beyond the immediate health worry to think about what comes next, what happens to the economy and my business?” – Sinead Boucher, CEO, Stuff Ltd

Revenues back to 75 percent of pre-crisis levels

With the borders closed to overseas tourism, a key source of revenue for small and medium businesses, and calls for New Zealanders to “buy local,” Boucher saw an opportunity. Stuff moved to re-engineer its content and provide information, tools and products to help people and businesses “navigate the waters and provide new utility through our platform.”

Revenues are now back to 75 percent of pre-crisis levels and the company is repaying employees who took a pay cut to help it weather the storm, Boucher said.

“There’s a huge groundswell here of trying to support local, buy local, support local media and businesses, and we’re trying to ride that as much as we can and build on those levels of trust and relevance,” – Sinead Boucher

‘Supporting journalism is fundamental to society’

New Zealander’s trust in news generally is high, according to a survey published in April by the research centre for Journalism, Media and Democracy at the Auckland University of Technology. It found 53 percent of those polled agreed they can trust “most of the news most of the time,” but just 27 percent said they trusted news found via search engines and only 16 percent trusted news in social media.

Advertisers are noticing these trends and want to associate with brands that promote trust, public good and community service.

“They are coming around to the belief that supporting journalism is fundamental to society,” Boucher said, but she added media companies still need to work hard to lure ad revenues back from Facebook and Google.

“There is this belief, that we are starting to challenge, that in order to reach people, you have to be on Facebook, and we just don’t believe it’s true,” she said.

Stuff is now offering businesses native ads similar to what they would see on Facebook, and at similar prices that offer more audience reach and more click throughs for the same money, Boucher said.

“Ourselves and other news media in New Zealand have far more reach. We have great data … and in the context of trusted content, people are not only achieving their business outcomes, but having a direct positive impact on the communities they live in by supporting a local or national newsroom,” she added.

As media companies globally are considering paid-content models like paywalls, implementing such a strategy would be hard in a small market like New Zealand, Boucher said.

Stuff generates 40 percent of its revenue from advertising and 60 percent from subscriptions, the bulk of those from print as it has no digital paywall.

Instead, Stuff has looked at developing other recurring revenue businesses. Neighbourly has grown from 30,000 to 850,000 members and generated new revenues from local businesses trading on the platform. Stuff is experimenting with storytelling and content on the platform to create a new form of local journalism, she said.

Stuff is also joining the media industry’s embrace of artificial intelligence, using AI-generated content for sports results or property stories that will free up journalists to do other things.

Another popular initiative is Stuff Nation, which enables users to submit their own content and go through the same editing process as a story. In any year, a Stuff Nation item would be among the company’s top 20 stories, Boucher said.

About the author: Lee Kah Whye is Director at Project Mercury, a media business consultancy. Before this, he spent nearly 20 years at Reuters and was head of the news agency business for Asia.