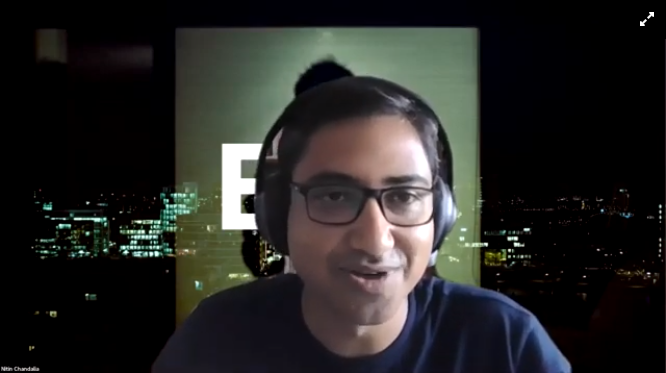 Likewise, substantial growth in digital media spend during the past decade underscores the need for news media organisations to ratchet up the digital portion of their revenues, Chandalia said.

Globally, for media organisations, a third of their revenue comes from advertising. In India, however, this has been about two-thirds. 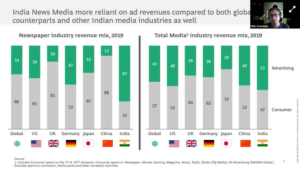 During the pandemic, overall advertising budgets have dropped drastically. Despite some signs of economic revival, sectors such as tourism, hospitality and retail, all of which contribute significantly to print, continue to struggle. This calls for a rethink of news publishing business models.

A plan for digital growth

According to Chandalia, digital in India is expected to grow close to 3x in the next five years and COVID-19 is expediting this. Most news media players in India today operate in digital, however, the size of their digital business is fairly small.

“The one thing each player has to look at is ‘How do you drive the digital part of the revenue up across different formats?’” he said, offering a seven-point agenda for future operating models for news publishers.

Chandalia noted that globally, consumers have been demonstrating a greater willingness to pay for content.

“Whether it’s about news, OTT, Pay TV, consumers have shown an appetite to pay for content,” he said. “And wherever that has happened it has been through differentiated content which is driven and led by a point of view, and offering a unique perspective to the reader.” 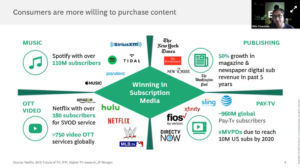 He stressed that whether it is through digital or print, publishers need to make reader revenue the main share of their revenue mix.

“Companies who get to that point faster will be the ones who would be able to operate profitably and survive not just the pandemic, but the long run,” he added.