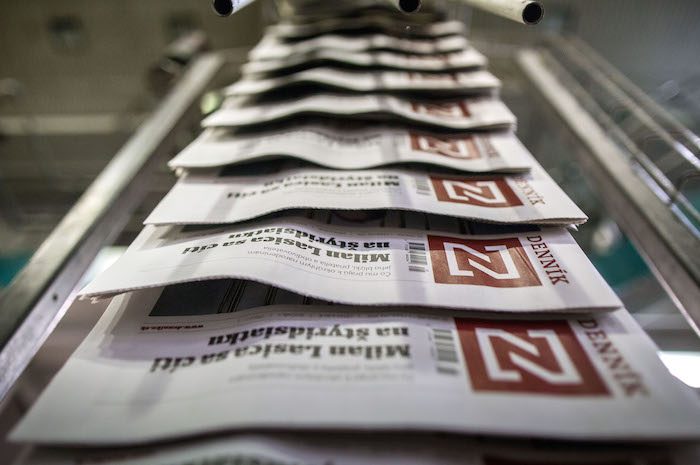 In 2014, after the largest newspaper in Slovakia was bought by an oligarch, a group of 50 journalists decided to launch Denník N. In 2018, they founded a second paper in the Czech Republic.

“When we launched, we knew we would face problems in getting advertisement money because of the oligarch influence,” Bella said. “We figured that our best shot was asking people to subscribe to our product. So, we still print a newspaper, but our whole business is based on subscriptions, where 95 percent of those are online subscriptions.”

Today, Denník N has 100 employees and boasts of 1.5 million unique readers on its website, which is nearly a third of the country’s population.

Denník N’s website works on a freemium paywall model and is divided into two parts, which are clearly separated on the left and right sides of their homepage. The left side includes long form articles on politics and investigative reporting, which use black headlines, and this content is behind a paywall. The right side hosts high-quality breaking news stories, which have red headlines, and help to attract traffic to the website. 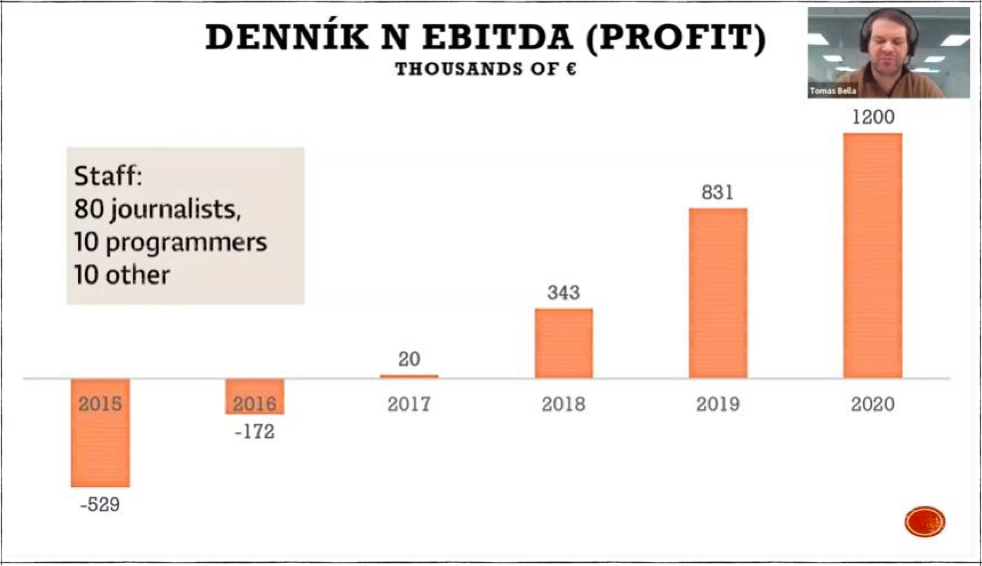 Denník N achieved its relatively quick path to profitability by focussing on:

Every morning, reporters receive an email listing their articles, the ranking and the number of subscriptions they sold. Editors can decide which stories will be retained on the homepage according to the conversion rate of each article.

“This sounds quite horrifying but it works because we realised that the correlation between what our journalists want to write and what people want to pay for is very strong,” Bella said.

“Ten years ago, the focus was on page views that led to clickbait, but it is not possible to cheat the subscription business. The content must be unique and have enough value for people to see and pay for,” he added.

What do the workflow and software look like? Here are the features and tools it comprises:

“We hear publishers complain about how the traffic from Facebook is high but not good quality. For us, social is the highest generator of subscriptions,” said Bella.

“In the chart, the ‘blue’ is the result of the coronavirus. In March and April the number of new subscriptions jumped up, but after 2-3 months the retention of users was worse than our normal. However, after four months, we are back to the usual,” said Bella.

In addition to this, the software also has tools for automation, newsletters, emails and customer onboarding.

“We manage to keep this software free, even though it is open source, because we have had a profitable subscription business. After our Google funding ran out, we still managed to retain our developers thanks to our reader revenue,” Bella said.