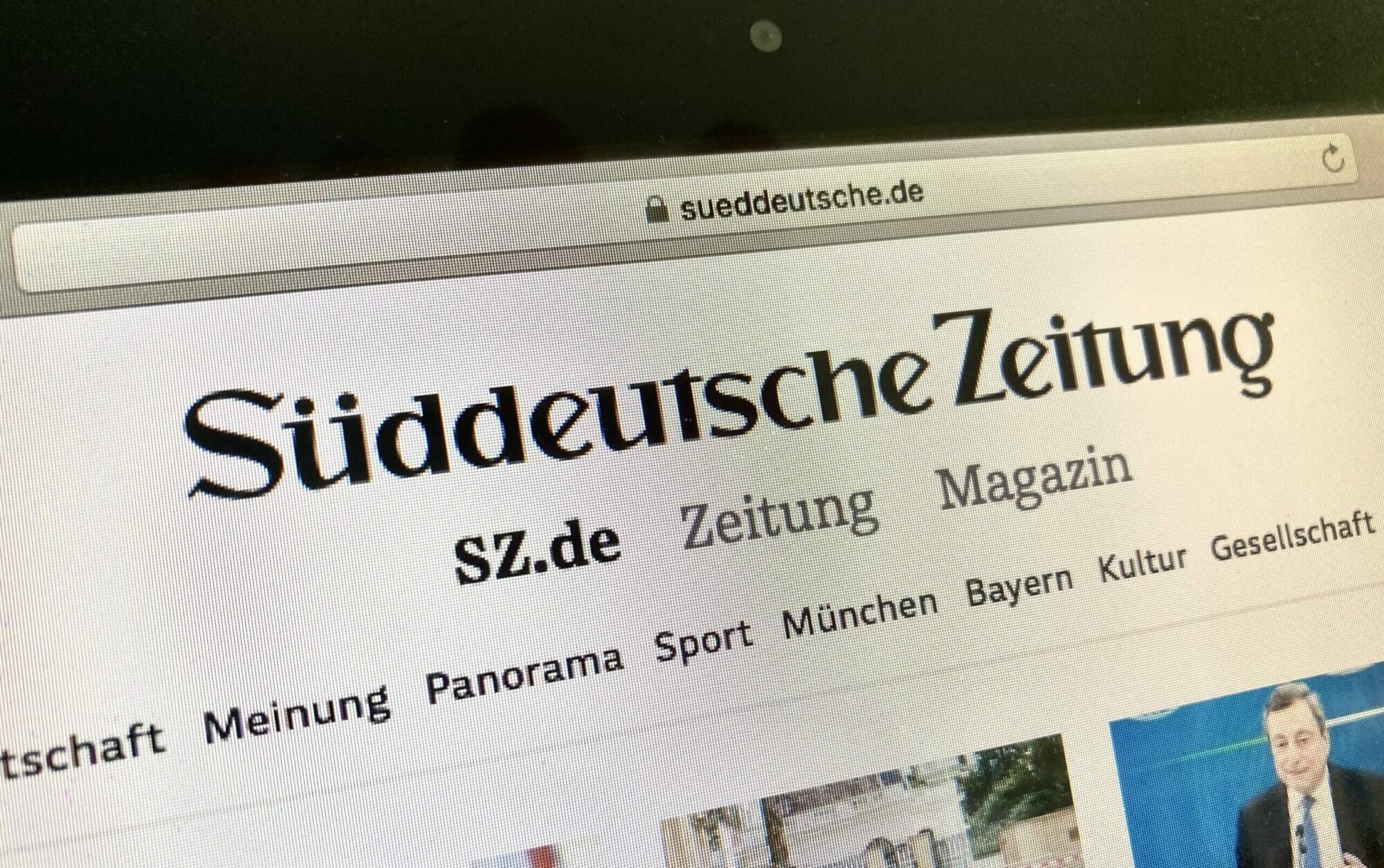 by Teemu Henriksson teemu.henriksson@wan-ifra.org | May 3, 2021

The Covid-19 pandemic has made the news publishing environment more challenging in many ways. But the crisis has also highlighted the fact that audiences are drawn to reliable, high-quality information that helps them make sense of the complicated times we are living through. Many publishers are rising to the occasion, among them Süddeutsche Zeitung.

The figures speak for themselves: between April 2020 and April 2021, Süddeutsche Zeitung’s digital subscriptions grew by over 60%, from 110,000 to 180,000. The biggest increase happened in March and April last year during the first wave of the pandemic, but the subscriptions have continued to increase also afterwards.

Growing digital subscriptions are a bright spot for an industry that is facing challenges on a number of other fronts, but also Süddeutsche Zeitung’s weekend print subscriptions grew, countering the generally downward trend in print, from 231,000 in Jan-March 2020 to 240,000 in Jan-March 2021. (WAN-IFRA members can find details about this and other industry trends in the newly released World Press Trends report).

One major driver behind the jump in subscriptions has been the outlet’s science journalism: according to Marlene Weiß, Head of Science Department at Süddeutsche Zeitung, the newspaper’s analytics show that science articles behind the paywall are generating subscriptions at a particularly high rate.

Strong legacy of reporting about science

It’s perhaps not surprising that the Munich-based publication’s science journalism attracts audiences during a health crisis, given its longstanding commitment to high-quality reporting about science.

“The science angle has always been strong. If for example an earthquake happened somewhere, the correspondent might have written about the number of victims, disaster relief efforts, and what happens on the location, while the science colleague might have explained what happened in the Earth’s crust, for example.”

While some publishers initially struggled to cover Covid-19 and had to boost their science expertise quickly, Weiß says that Süddeutsche Zeitung was better prepared than many: “In that respect we were lucky because we had a strong science section beforehand.”

The publisher’s science team comprises a dozen reporters, five of whom focus almost exclusively on the pandemic. Its data team is also heavily involved in the Covid-19 coverage, and stories focusing on data have been particularly popular, Weiß says.

“We for example had an essay from a data journalist about the difficulty of getting good data about the pandemic. I thought it was special interest, but it was very successful.”

Perhaps surprisingly, Süddeutsche Zeitung hasn’t sought to spotlight its science expertise to readers: its marketing campaigns haven’t explicitly mentioned its science journalism, nor has it launched new science-focused products such as newsletters or podcasts. (Although the science team does regularly contribute to the paper’s videos and daily podcast.)

Science journalism after the pandemic

High audience interest in science reporting during a global health crisis is perhaps a given, but will this change once the pandemic subsides? Weiß, who was a science editor in the science team before taking over the section last September, is hopeful that there has been a lasting effect.

“After the pandemic we’ll be back in the middle of the climate crisis, and even before the pandemic we saw quite a lot of interest in science topics,” she says. “And generally, there’s so many topics and formats and stories to be written. I just think there’s huge potential in science journalism.”

Although science journalism is often associated with “serious” issues such as the Covid-19 and climate crises, Weiß underlines that lighter topics can also benefit from a science angle. She mentions an article about the life of an octopus that Süddeutsche Zeitung published in April 2017: “When I talk about our science journalism, that’s a story that many people remember.”

Driven by journalistic judgement, not data

Although naturally delighted that the newspaper’s science reporting is attracting new subscribers, Weiß can also see dangers in focusing on metrics such as subscriptions and traffic if these end up influencing news coverage.

“Some colleagues are afraid that these numbers end up making us forget our journalistic ideals and just write stories people want to read,” she says. “I think you have to be careful. We’ve always wanted to reach readers, but it doesn’t mean that we stop writing important stories just because we know they generate fewer subscriptions. After all, the decision to run a story or not to run a story is always a journalistic decision.”

“If a story interests many people, that’s good, but it doesn’t make it a better or a worse story. That’s not the only criteria, or even the main criteria.”

Part of that journalistic judgement is keeping a critical perspective of what you are reporting on, Weiß says: “I’m always advocating for science journalism to be a bit like political journalism, so that we keep our distance to research and scientists like a political journalist keeps a distance to politicians. Our job is not just to repeat what researchers say in an accessible way. It’s our responsibility to look at the research critically.”

The distorted and false information that circulates about science topics such as the Covid-19 virus, vaccines and climate change has provoked a lively conversation on how journalists should deal with this phenomenon. While the journalistic instinct might be to try to debunk such misinformation, Süddeutsche Zeitung is careful with how it employs fact-checking and debunking. Repeating a claim – even to say that it’s wrong – may only help it stick in people’s minds, Weiß points out: “You have to find a middle ground.”

Another danger in science reporting is falling victim to the “false balance” trap. “It’s one thing to do an interview with someone outside the mainstream occasionally, but we shouldn’t present two sides where essentially there are no two sides. If there is no balance on an issue, then we shouldn’t present it as a balance.“

As anyone who has followed the news about the pandemic knows, new information surfaces almost daily, sometimes contradicting what was previously said. For example the understanding of how infectious children are, and whether schools should be closed, has kept evolving at a fast pace.

“On a topic like that we don’t want to run one piece saying one thing, and the next day another story saying the opposite. Instead we collected it all in one piece to say, here are the pros and cons for closing schools, and here’s the bottom line. Which was: yes, children are infectious, but also yes, under specific circumstances you can keep schools open.”

One might argue that not giving clear-cut answers can confuse readers.

“But life is confusing! Life is complicated, and it’s a complicated pandemic,” Weiß says. “I saw someone joking that people are reacting to the pandemic as if it’s their first one. Well, it is!”