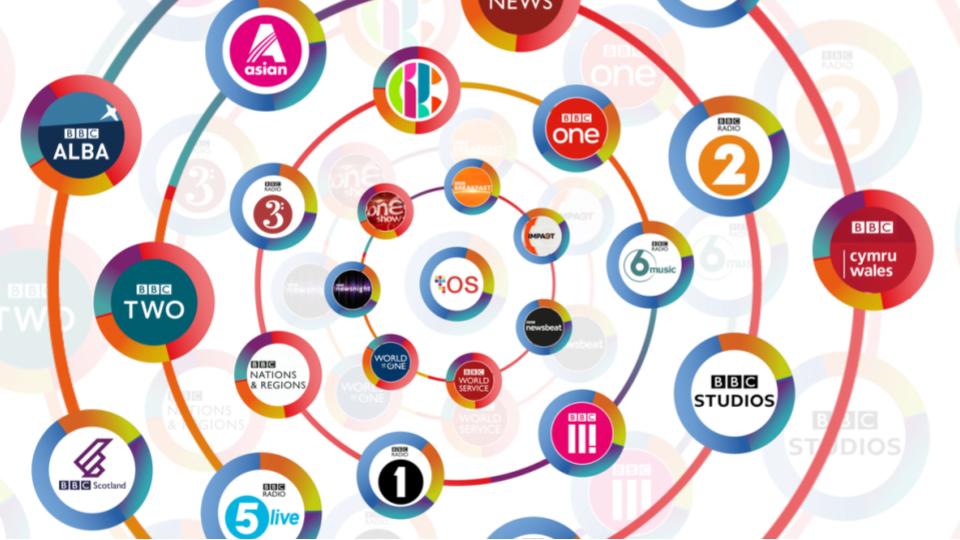 This grassroots initiative was launched by Outside Source presenter Ros Atkins in 2017.

Back in 2016, I started the #5050Project to increase women contributors in the news & content we make. It now involves up to 5000 BBC staff & y'day the @bbc published our data, methodology, case studies, audience research & partners organisations.All here: https://t.co/3OcRoCgl2x

In October 2020, the British broadcaster expanded the project’s ambit to include disabled people and ethnic minorities.

The company has repeatedly emphasised that the 50:50 Project is not a quota system, but concentrates on finding the best available voices.

“In a bid for equal representation, we have ended up finding excellent voices across genders, to widen our pool of fabulous voices and enrich our storytelling,” said Nina Goswami (Creative Diversity Lead and Journalist, BBC, London) during WAN-IFRA’s recent Indian Media Leaders eSummit.

In 2017, BBC’s Outside Source set an example for teams across the organisation by starting off with a 40 percent women’s representation, and not just attaining the desired 50:50 split in only a few months but being consistent with that ratio.

Four years later, the project currently encompasses more than 670 teams across the BBC, working relentlessly on those three core principles to create change in their content.

The BBC has partnered with more than 100 organisations across 27 countries, who are now using 50:50 to increase women’s representation. The 100+ companies comprise business partners (the likes of Unilever and PwC) who are now careful about the representation of their spokespeople in the media landscape, and universities and journalism schools in a bid to sensitise journalism students about diversity before they kick-start their careers and bring in their best practices along.

For the first time since its inception, BBC’s network of partners reported the results of the 50:50 challenge alongside the broadcaster. Here are the findings as of March 2021.

“Over the last 3 years, we have seen the red part of this chart reduce every year. The longer you monitor your data and use it to create change, while understanding what your content looks like, the less likely you are to be in the ‘under 40 percent’ component. I am hoping in the next two years, we see the blue component reducing, too,” said Goswami.

Another internal BBC challenge, which has not been extended to cover its partners yet, is the Consistency Challenge, which is featuring women’s voices in their coverage and staffing consistently, over time. 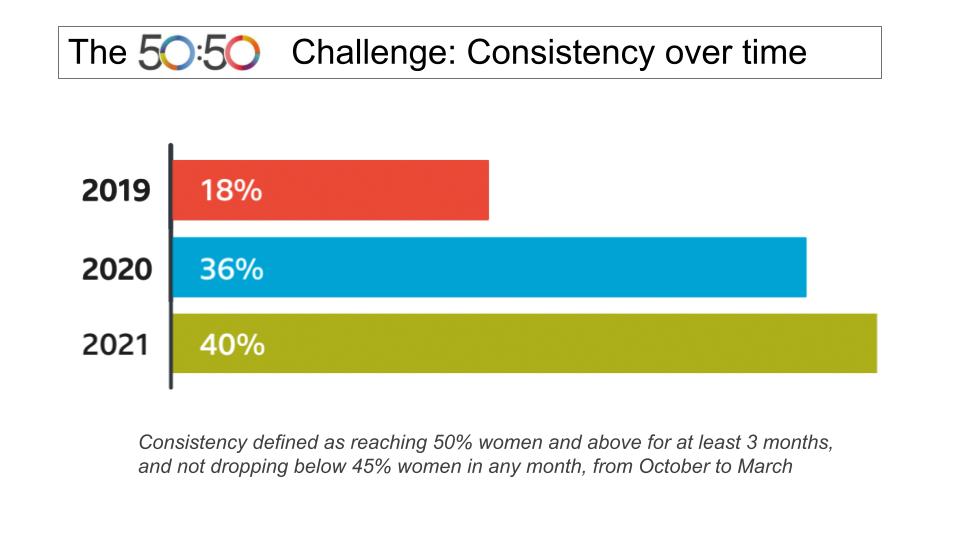 The BBC also surveys its online consumers, including iPlayer, BBC Sounds and the BBC News app.

“This ratio is, however, not definitie and reflective of the audience of the targeted geographical area. We aim to achieve this for our UK content, but the numbers change depending on regional audiences,” said Goswami.

“We do exactly the same thing for disability too. Depending on your particular audience, we are tailoring and flexing the targets so that you are representing your audiences better,” said Goswami.

Of those who began monitoring their progress between October 2020 and March 2021, 51 percent saw some form of improvement.

“This improvement could even be 1 percentage point and the reason is that we want to give the teams time to absorb in the workflow and create a culture change that they saw when it came to gender representation,” Goswami said.

“There is a lot of work that needs to be done around disability and ethnicity representation and to hit the targets our teams have been setting for themselves,” she said.